peek >> << back
Near Southeast DC Past News Items: oysterbar
Advertise on JDLand 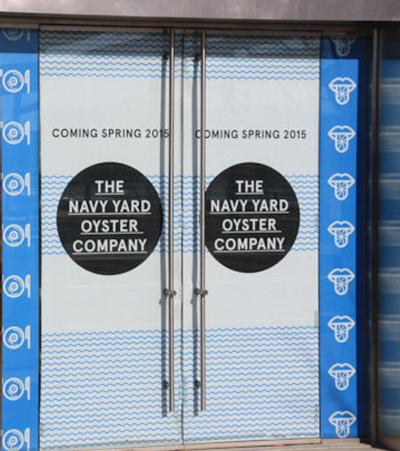 Just reported by City Paper, and not a complete surprise to anyone who's watched the space remain untouched for many months, is the news that the Navy Yard Oyster Company appears to be pulling out of the Lumber Shed at the Yards.
The restaurant was to be a venture by owners of Beuchert's Saloon and Sonoma, a duo who also opened Stanton & Greene on Capitol Hill earlier this year.
The official quote from Forest City is that "We have a signed lease in place with Navy Yard Oyster Co. but are currently in discussions with the tenant, at their request, as to whether they intend to continue," but City Paper quotes Michael Stevens of the BID as saying that the owners "have pulled out of their lease."
The restaurant was slated to go in the space between Agua 301 and Osteria Morini on the Shed's south side, facing the Anacostia River.
Mar 18, 2015 5:33 AM
Tidbits: Declaring Another Project Underway; Food-Related Items
Just some things that didn't make it to the blog during the outage:
* MORE GROUND BROKEN: I had posted a photo last week of the new fence at not-Ballpark Square but wasn't quite ready to say that construction had started. However, the pile driver has arrived, and steel beams are already sticking out of the ground, so I think it's now safe to add the residential/hotel portion of the project to the ludicrous lineup of developments currently underway. (The office component at 99 M is expected to get started before long as well.) It's also the fourth to break ground just within the past month or so, joining residential projects 909 Half and 82 I and the Homewood Suites hotel at 50 M. And I think that's probably it for major projects getting started until the end of this year or early next year. 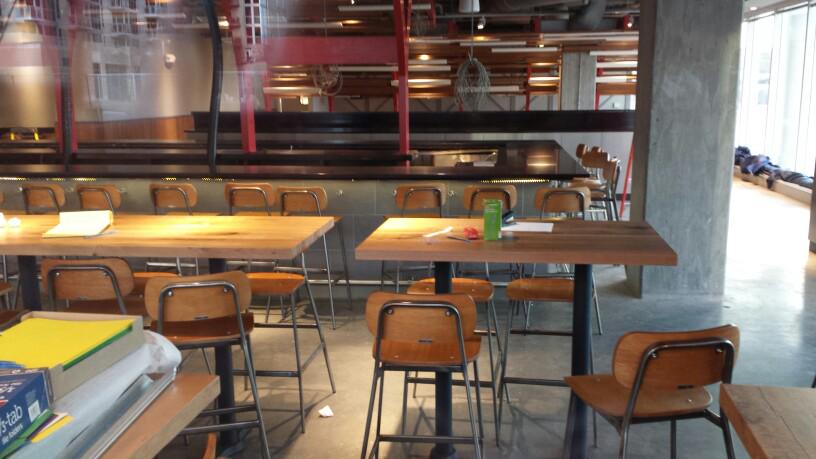 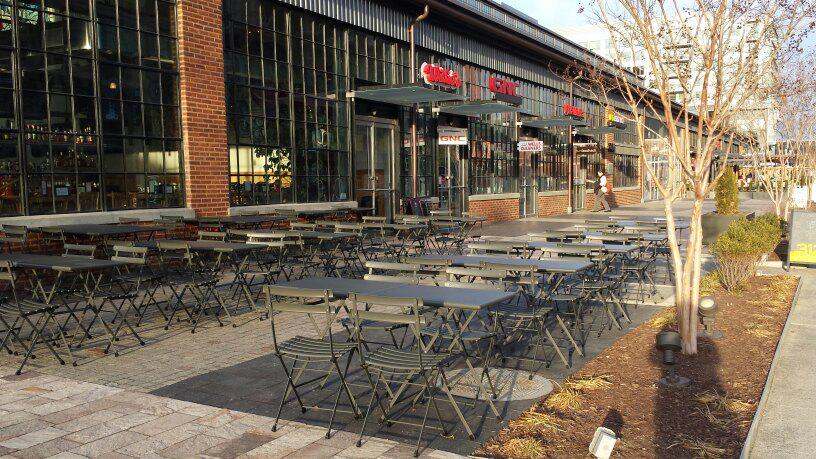 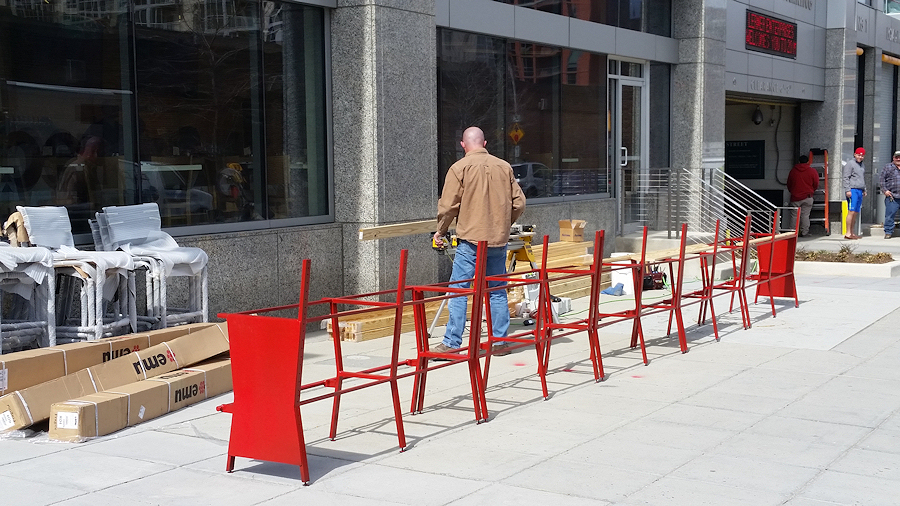 * MORE ABOUT FOOD: I mentioned it in passing before, but there's been enough tweets sent my way to mention again that work has now started at the Scarlet Oak space at 909 New Jersey. And there's purty window ads now, to both get their name out there and to THWART my PEEKING. And closer to the river, at the Lumber Shed, both Due South and the Navy Yard Oyster Company have gotten their building permits.
With all that cleared out of the hopper, I now may be a bit scarce for the rest of the week. Hopefully the site will behave, though.
Nov 1, 2014 1:12 PM
Lumber Shed's Southern-Style Restaurant Applies for Liquor License 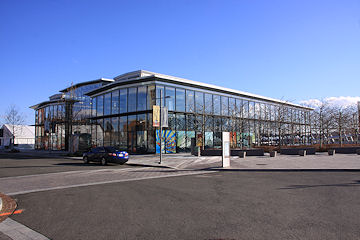 It was way back in March that we heard rumors of a southern-style restaurant coming to the Lumber Shed, to be helmed by Bo Blair of Fairgrounds/Jetties/etc. and his chef at the Bayou, Rusty Holman.
While there has still never been an official announcement of such a venture, Friday's DC register included a public hearing notice for a liquor license application at 301 Water St., SE, under the trade name "Due South." (The sign is up in the window at the Shed, too.)
The application is for a CT Tavern license, for a "Tavern serving Southern food with a seating capacity of 199 and total occupancy load of 250." There is also a request for a 92-seat summer garden (i.e., outdoor patio) as well as an "entertainment endorsement" for the license (i.e., live music, as the Bayou has).
And, with lovely symmetry, the Register also included the news that Shed's other pending restaurant, the Navy Yard Oyster Company, has applied for its Class C liquor license. The posting describes the restaurant as being "a wine-centric oyster bar offering a seasonal, seafood-driven small plate menu drawing its inspiration from the Chesapeake Bay and the states that Washington, DC is connected to, both geographically and culturally." A jazz brunch is also mentioned, along with "other occasional similar performances." It would have seating of 73 and a total occupancy load of 199, along with two summer gardens, with seating for 32 and 18.
As part of normal procedures, both will be taken up by ANC 6D, presumably before the application hearing date of Dec. 29.
Jul 15, 2014 9:37 AM
Wine and Oyster Bar Coming to the Lumber Shed in 2015

Today Forest City Washington is announcing another restaurant for the Lumber Shed at the Yards Park--the Navy Yard Oyster Company, a "wine-centric oyster bar," will be coming to the south side of the building, between Osteria Morini and Agua 301, with a target opening date of Spring 2015.
The venture is from August Paro and Elias Hengst, founders of Beuchert's Saloon and Sonoma Restaurant and Wine Bar on Capitol Hill.
The menu will feature oysters from Rappahannock and the Chesapeake Bay, along with other well-known oysteries. There will also be an "extensive by-the-glass wine list," and classic cocktails "featuring selections from the burgeoning local distiller movement." Ditto the beer menu. There will be lunch, dinner, and weekend brunch service.
The restaurant will occupy 1,887 square feet on the ground floor, but its two-story ceiling will be the exposed trusses of the Shed's roof. The announcement describes the expected ambiance as "low key, laid back elegance," but is also inspired by the building's ties to the Navy, the city, and the river.
The ownership group, in addition to Paro and Hengst, has members who have been involved in various ways in other local restaurants such as Tryst, The Diner, Mendocino Grill, and the upcoming Stanton.
There is now only one remaining restaurant unit available in the Shed, on the northwest corner, which may or may not have something in the works.
(Also snuck into the oyster bar announcement is the news that the Parcel N apartment building is going to be called Arris. Plus it gives "early August" as an expected opening date for TaKorean.)