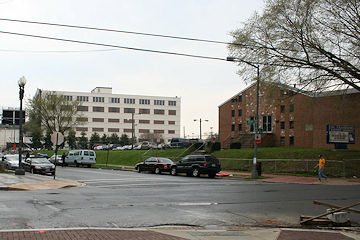 A press release from Donohoe posted on the Capitol Riverfront BID web site says that the development company is designing a 13-story, 310-unit apartment building on its 1111 New Jersey site, on top of the east entrance to the Navy Yard Metro station, and will be acquiring the St. Matthew's Baptist Church next door (seen in the photo at right).
An additional zoning approval is being sought in lieu of an outright change to the existing approvals for the long-planned 200,000-square-foot office building on the site, "to maintain flexibility as we evaluate options . . . for both office and residential uses." 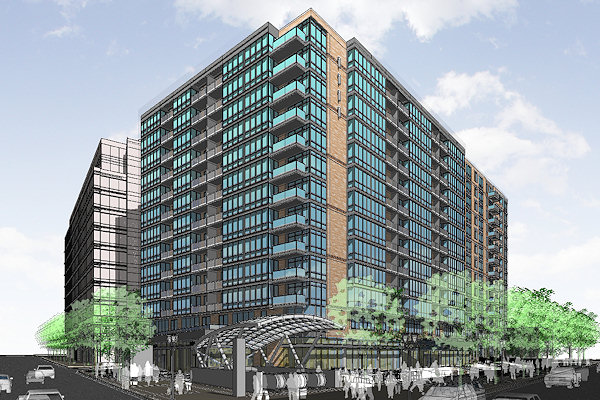 The building, designed by WDG Architecture, would have a mix of studio, one-, and two-bedroom units, and approximately 9,000 square feet of retail, "almost" the same amount as the office building. There's an early rendering of what the new building could look like on the BID page. UPDATE: Donohoe passed along the image at left.
Donohoe bought the most of the site's land back in 2005, then purchased the remaining portion from WMATA. St. Matthew's has been close to being sold before, when Ruben Companies had a deal back in 2007 that never materialized. And Donohoe had been in discussions about acquiring the site before Ruben. What the acquisition of the church would mean if the office building is built is not clear (would the office building grow in size?).
If the apartment building does happen, it will be in line with other developers seeing the neighborhood as much more of a residential opportunity than when plans to revitalize the area first started being formulated. That and the fact that office leases are not very easy to come by these days.
Needless to say, no timeline at the present, beyond a trip through Zoning Land.
Jun 27, 2012 9:55 AM
Getting Inside the Trash Transfer Station, Before It's Gone 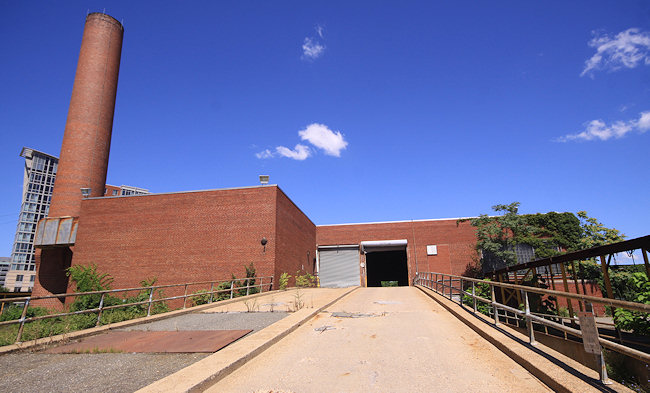 It's not exactly a palace, but it would have killed me had the old trash transfer station/DPW site at 900 New Jersey Ave., SE, been razed without my ever having gotten inside the fences with my camera.
Since the demolition countdown clock is now ticking (though no one wants to commit to an actual *when*, other than "near-term"), I finally got to traipse around the 1920s-era building on Tuesday.
I took far more photos than the building probably warrants, but the historical record must be served.
Out of the torrent of images, I bring you two galleries, one of shots from inside the building's two levels (including into quite a few spots that were pitch black until my flash went off. {shiver}), and one from the walk around the exterior, since I had never gotten fence-free access to it before.
I even got to peek down into the first of the five 60-foot shafts being dug along New Jersey Avenue and then beneath the eventual I Street footprint in order to move a very big and very deep pipe. That work has to be completed before construction can begin on the Park Chelsea apartment building just to the north of the trash transfer station.
As for the station's lot once razing is complete, it could be a temporary parking lot until the eventual construction of a mixed-income apartment building that's part of the Capper-Carrollsburg redevelopment. All of this presuming that no one decides to lay in front of the bulldozers to prevent the building from being torn down. 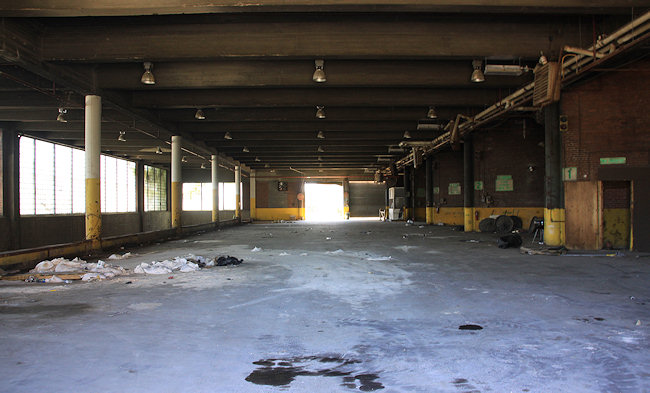 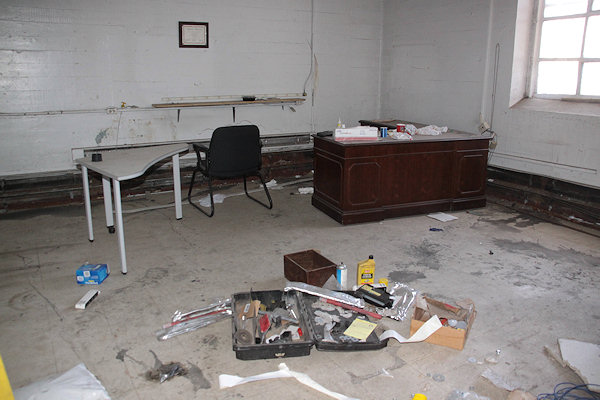