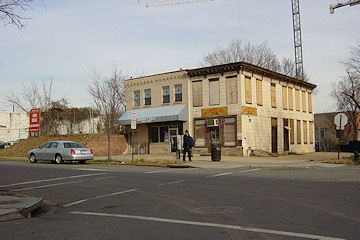 A Historic Landmark nomination was submitted on Friday for the Market Deli at 1st and L SE, according to 6D07 rep David Garber. Calling the nomination "potentially controversial" (perhaps remembering this comment thread from a few months ago), Garber says: "I am 100% pro-development, but stand by my support of this because I think saving pieces of our history will make our neighborhood stronger and more valuable in the end."
He describes the "humble" building as the only remaining wood frame corner store in existence south of the freeway. (The brick building next door, where the Market Deli operated in the last few years of its existence, is not part of the nomination.) He also says it "represents the scale and the history that our neighborhood had for most of its history until very recently." He also says that he did not submit the nomination himself, though helped prepare it (but doesn't say who did submit).
The building, constructed in 1885, is currently owned by Akridge (along with the rest of the block's frontage along 1st Street). There has been no public information on what Akridge plans to do with the block, but raze permits were filed for the Market Deli building(s) and the other buildings on the north end of the block earlier this year, which presumably is what kick-started this move. You can read about the city's Historic Landmark designation process at the Historic Preservation Office's web site. Readers may recall that the St. Paul's church at 4th and I received a landmark designation in November.
A slew of photos showing the Deli unchanging in the face of nearby development can be seen in my archive.
UPDATE, 3/7: Here is the nomination form, submitted by Hayden Wetzel of "Historic Washington Architecture."
UPDATE, 3/11: The hearing date at the Historic Preservation Review Board has been set for April 28; here's the hearing notice.
Mar 4, 2011 3:26 PM
Circulator Forum March 17; Expansion of Navy Yard Route Hours?

DDOT has announced the "First Semi-Annual DC Circulator Public Forum," with Near Southeast residents hitting the jackpot since it's being held at the Courtyard by Marriott at New Jersey and L, SE. It's scheduled for Thursday, March 17, from 6:30 pm to 8 pm, and the release says it will cover topics "including potential changes to the span of the Union Station-Navy Yard route."
In subsequent tweets over the past few days, the Circulator folks have expanded on that, saying that they'll be talking about extending the hours on the route until 9 pm Mondays through Saturdays during the baseball season (April-September), and that it may be paid for by ending the weekend-only service on the Mall. (Other tweets hint that the National Park Service may eventually "support" a Mall route using Madison and Jefferson drives.)
They asked for feedback: would there be support in the neighborhood for running the buses until 9 pm? Is there another service improvement you'd rather see in place of that?
Mar 4, 2011 10:55 AM
Forest City Looking to Move Offices to Yards Park Lumber Shed 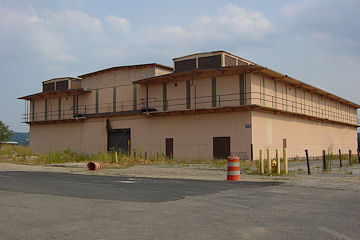 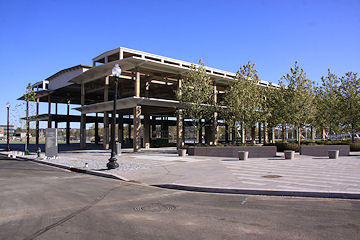 Tucked away in today's DC Register is a zoning request by Forest City Washington to allow the second story of the currently de-skinned Lumber Storage Shed at the Yards Park "to be used for general office purposes, on an interim basis, for no more than 20 years." The filing says that Forest City wants to temporarily relocate "in order to facilitate the leasing of the ground floor and to finance the building's restoration."
The intention has been for the shed to be given glass exterior walls and be a retail space--this new plan would still include ground-floor retail (in a very picturesque location at the Yards Park, right by the 3rd Street Plaza and the overlook). There are two other retail pavilions planned for later phases of the park as well, on the open spaces just to the east of the shed.
Mar 4, 2011 6:55 AM
Capitol Hill Day School Looking at 5th and K for Temporary Space 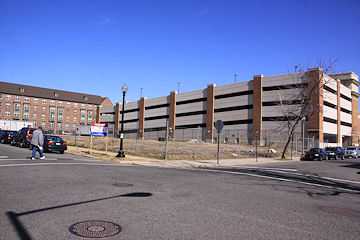 I don't have a lot of firm details yet, but: Apparently the Capitol Hill Day School folks, who have been searching for "swing space" to move to during renovations at their Dent School building at 2nd and South Carolina, are negotiating with the DC Housing Authority to set up modular classrooms on the vacant lot at 5th and K that was once and may some day again be the Capper Community Center.
If the deal comes to fruition, CHDS would occupy the lot for about six months, starting in June, with the plan of moving back to their renovated home in early January. What other facilities they might use in the neighborhood have not yet been firmed up, though it's possible they may negotiate the use of some space at Van Ness Elementary.
A Board of Zoning Adjustment case has been filed, though a hearing date has not yet appeared on the BZA calendar.
A final agreement is still pending, so more information will be available when that's done.