peek >> << back
Near Southeast DC Past News Items: upsstore
Advertise on JDLand


2 Blog Posts Since 2003
Jan 8, 2020 8:29 AM
Wednesday Tidbits: Maialino Mare, Thompson Hotel, UPS Store Now Open
It's 2020, the holiday lull is over, we've been plunged back into the real world, and we've got some tidbits to catch up on:
* MAIALINO MARE OPENING: Tuesday night saw the swank pre-opening party, but today is the official arrival of Maialino Mare, the Roman seafood restaurant from the Danny Meyer Restaurant Group. Eater DC got a preview, and it looks like quite an operation. (Hopefully before too long I will learn to spell it, though I might go with MMare.) To start it will be open every day at 5 pm for dinner, though breakfast, lunch, and brunch service are said to be coming. Note that, like all Danny Meyer restaurants, there is no tipping, with menu prices adjusted accordingly. And, with this opening, it is also a safe assumption that....:
* THOMPSON HOTEL OPENING: The first hotel in the Yards, which also happens to be the home of MMare, is officially open as of today as well, Both the hotel and MMare are located at 221 Tingey Street, SE on the north end of what we once called Yards Parcel L. (Anchovy Social, the rooftop bar also from Mr. Meyer, is "expected to open by the end of the winter." Which kind of makes sense.)
As has become a tradition when a new building opens, here's a before-and-after, with the "before" being from May 2004, back before 3rd Street even existed south of Tingey. The "after" picture is alas from a few weeks back. You get the idea, though. 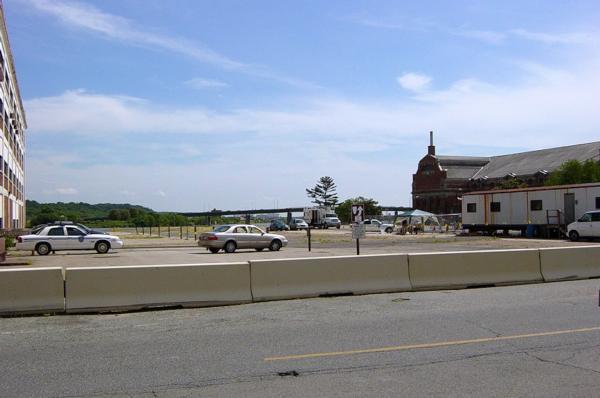 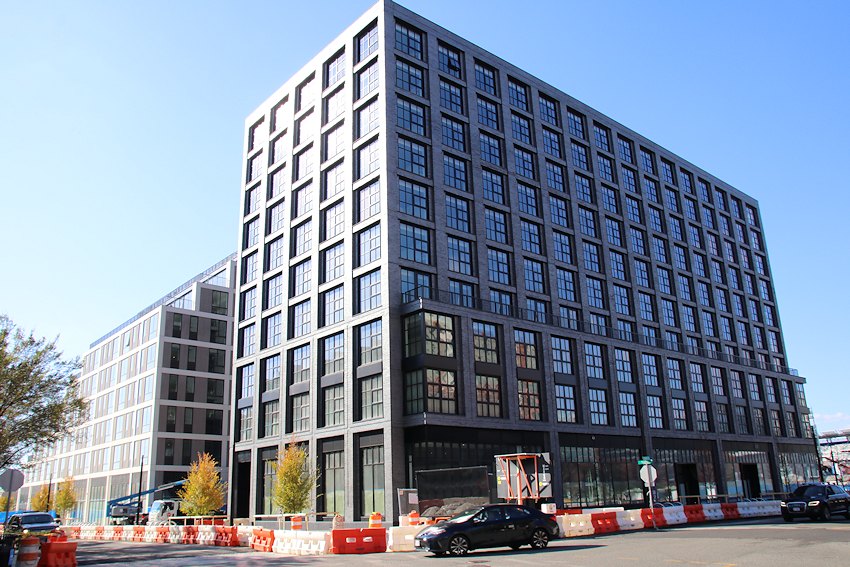 * ESTATE NOW LEASING: As for the Thompson's next-door neighbor, the apartment building known as The Estate is now leasing, and it looks like move-ins might be starting at the end of this month. No announcements of any retail tenants as of yet.
* UPS STORE NOW OPEN: This is probably old news for most residents, but it's still incumbent upon me to mention that The UPS Store opened in mid-December on New Jersey Avenue between L and M (the old Capital One bank space).
* FLOOD ZONE: The District Department of the Environment is looking at amending its Flood Hazard Rules to cover the city's 500-year floodplain rather than just the 100-year, which could include restricting new constructions in those areas. See the city's floodplain map at Urban Turf, and imagine snorkeling to Harris Teeter.
* MONTHLY MEETUPS: The Capitol Riverfront BID has posted its planned monthly Neighborhood Meetups in 2020, starting with a "Skate Through the 80s" event at Canal Park on Thursday, Jan. 23.
* CRIME REPORTS: Yahoo's shutting down of its Groups messed with my running list of crime reports from the neighborhood, but I've now fixed that and gotten caught up. (They are on the home page in the right margin, after you scroll down a bit.) One recent incident that has caused some concern was an armed robbery in one of the parking lots along N Street east of 1st, when two victims were set upon by four men, all in black clothing, who assaulted them before producing a handgun and taking two cell phones. If you want to get more involved in neighborhood safety, the next MPD PSA 106 meeting is on January 28 at 6:30 pm at the Capper Community Center at 5th and K, SE.
Jul 19, 2019 10:50 AM
Tidbits: Lazy Hazy Heat-Emergency Days of Summer 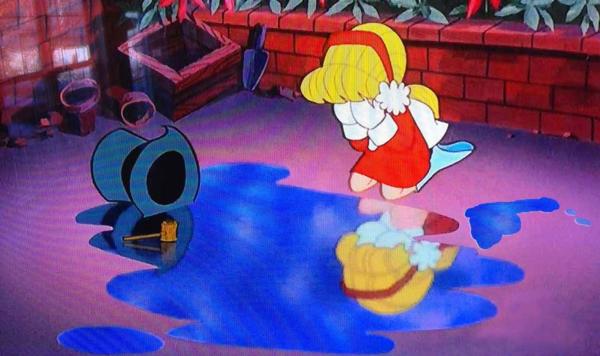 It's the summer doldrums, when not only is there not really much news, but even when there is, I can't summon energy from my heat-depleted body to do much about it. But here are a few, plus a fresh new thread for the on-the-ball JDLand commentariat to keep chatting about the latest goings on.
* SHILLING OPEN: It took a while, but the Shilling Canning Company, a "modern mid-Atlantic restaurant." is now open at 360 Water Street, SE, in the ground floor of Arris across from Ice Cream Jubilee. Here's the Washingtonian and Eater pieces on the latest addition to the neighborhood's culinary lineup.
* UPS STORE: Longtime JDLand reader @202FSUNole passed along this shot yesterday of a "UPS Store Coming Soon" sign in the space previously occupied by Capital One on New Jersey between L and M, making it the neighborhood's first shipping store.
* POPLAR POINT RAMP CLOSING: The ramp that leads from Poplar Point and the Anacostia Riverwalk Trail up to the northbound side of South Capitol Street and the Douglass Bridge is being closed as of July 21, DDOT has announced. It's not clear yet whether this means the side path will be closed as well.
* THE KELVIN: When it's this hot, it's particularly apropos to pass along the news that the apartment project at 1250 Half Street (the rental sibling to Envy condos) has been named The Kelvin.