peek >> << back
Near Southeast DC Past News Items: roti
Advertise on JDLand 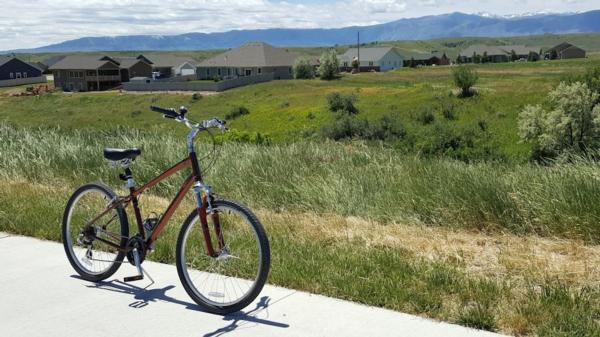 I am not in a proper blogging situation and getting terribly behind, so need to get a fresh thread up for the commenters who are doing such a great job keeping the conversation going. The headline basically says it all, but I guess I have to type SOMETHING more:
* Roti is now open in the ground floor of F1rst, on 1st Street SE between M and N.
* Unfortunately, one block away, on Half Street, Chix has already closed, not even a year after opening. (Their third location on 11th Street has closed as well, leaving just the original one on 14th, and their online presence has gone quiet, so something must be amiss.)
Enjoy the conversation below!
Jun 11, 2017 8:16 PM
Dacha, Punch Bowl Social, and Other Retail Catching Up
Running down a few things that happened while I was otherwise occupied, but that I want to finally mention in an actual blog post for those who don't camp out in the comments for weeks at a time.
* DACHA: Way back in March it was learned that Shaw's popular beer garden Dacha will be coming to Dock 79, and signage now confirms that. It will occupy the space along the riverwalk on the building's southwest corner--closest to Bardo, for some hot beer garden-on-beer garden action.
* PUNCH BOWL SOCIAL: Less way back, in May, it was announced that "eatertainment" venue Punch Bowl Social will occupy 24,000 square feet on two floors at 1250 Half Street, aka the residential building that will soon fill the Half Street Hole directly north of Nats Park. To quote from the press release, Punch Bowl "has made a name for itself with its remarkably balanced execution of the eat, drink, play concept, pairing a Chef Hugh Acheson designed, southern inspired scratch-made menu and craft beverage program with social activities including pinball, skee-ball, karaoke, vintage video games, bocce, bowling, and more."
* STEADFAST SUPPLY: The "unique marketplace that connects brands with consumers" has opened anew, now at the Boilermaker Shops on Tingey Street in the space formerly occupied by Hugh & Crye. Hours are 12-6 pm Tuesdays-Sundays. (Alas, I got my photo about 24 hours too soon, so it's out of date already, but "progress, not perfection" is the current JDLand motto.) 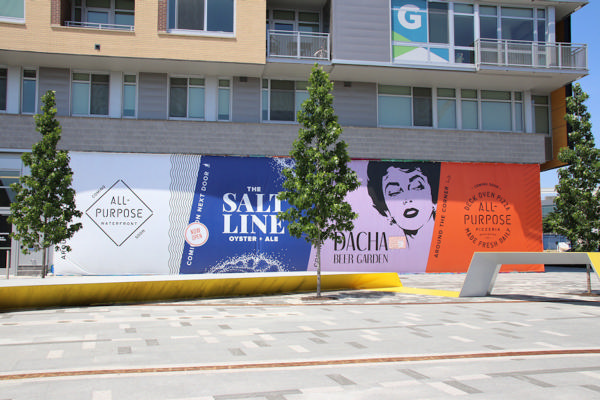 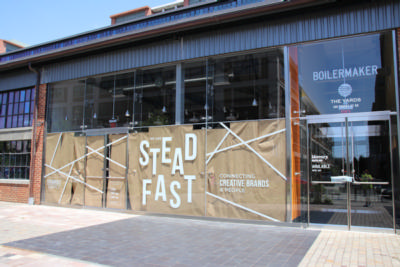 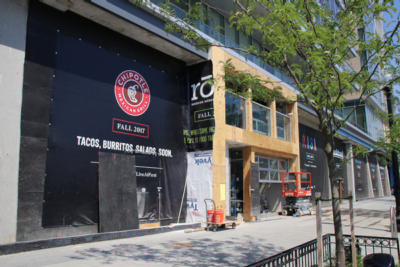 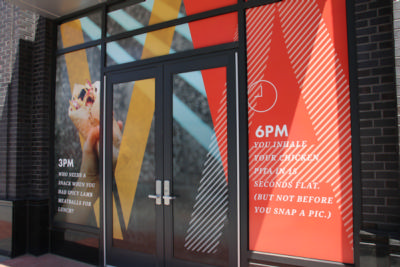 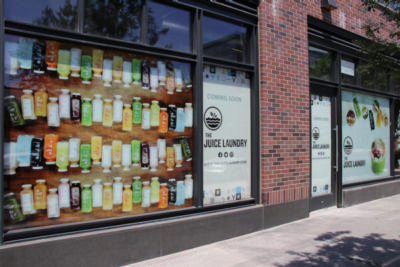 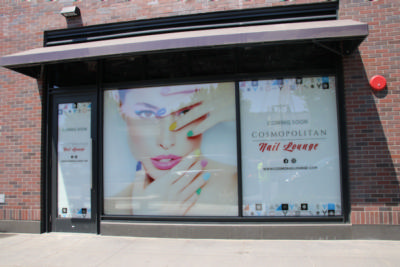 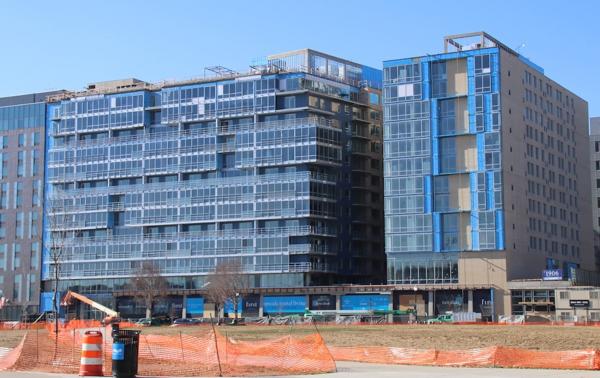 The headline about says it all, but for the sake of fleshing out a full post I'll write that it's been announced this morning that Mediterranean-style fresh-and-wholesome purveyor Roti will be coming to the apartment project in the block north of Nats Park known as F1rst in 2017.
It joins previously announced food offerings Taylor Gourmet, Chop't, Chipotle, and Rasa Indian Grill, and this morning's press release says that the retailers are all expected to open in Spring 2017 at the same time the F1rst residences will be completed.
F1rst will have 325 rental units, and a Residence Inn is being completed next door at the same time.
The official F1rst web site has floor plans and additional information (plus the hours of their now-open leasing center trailer at 1st and N), and my project page gives more details and history of the site. And my Food Options page shows you the lineup of everything that's in the pipeline (scroll way way down).