1 Blog Posts
Sep 20, 2009 6:24 PM
New Photos Posted (Hat Tip: Mr. Blue Sky)
Even at my laziest, it's hard to not pull out my camera on a day like today and head to the Hood. But without a lot of projects going on, I had the chance to also wander by some locations I've not paid as much attention to as I should. Here's the highlights: 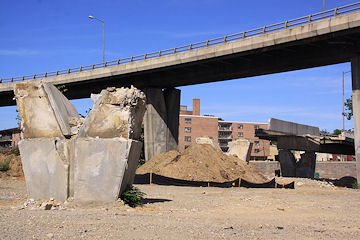 I stopped by 11th and 12th streets to get caught up on the RFK ramp demolition that's part of the 11th Street Bridges project. The ramps across M have been down for a while now, making M Street along this stretch seem slightly less claustrophobic. The remaining concrete pillars (like the one at left, and the stubs on the south side of M) make for some interesting sculptures. 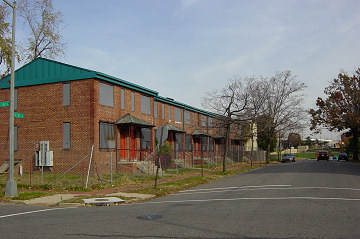 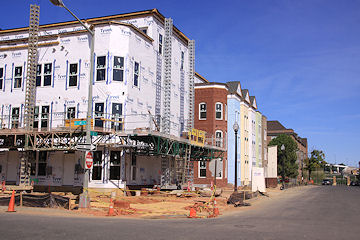 Capitol Quarter continues to progress on its third block (between K, I, Fifth, and Fourth), with some houses now bricked and framing coming soon to the north side of the block, making St. Paul's church not look quite so lonely anymore. Plus, the first foundations are being poured on the fourth and final block of phase 1, along Virginia Avenue between Third and Fourth. 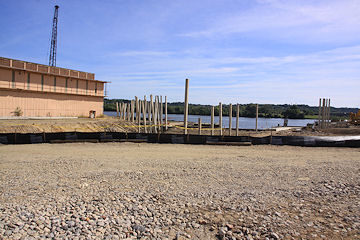 I even ventured down to the fences at the Park at the Yards to see what I could see, and on the west side of the footprint I could glimpse some of the work being done on the Canal Basin water feature at the foot of Third Street as well as some clearing of the area that will be the Great Lawn. Here's the latest photos, or check the Yards Park page to see some of them matched with the renderings of what the spots will look like. 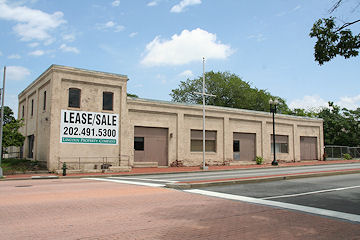 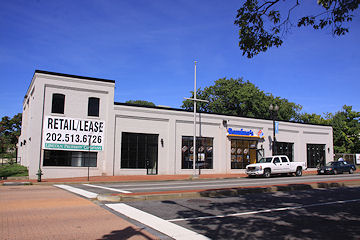 This isn't the most earth-shattering shot of the day, but I did feel it necessary to finally get a shot of 900 M Street now that Domino's is open.

Last but not least, I wandered around Virginia Avenue Park, finally getting my set of "baseline" photos along Ninth Street (only six years later than I should have). I also took some photos of the park itself but I'm going to take a little more time and not do a rush-job on the park photos; the one above, of the community garden, will have to tide you over a little longer.
As always, on any of these pages, click on the

icon to see a complete set of before-and-afters of the location you're viewing. (And boy, am I loving being able to post larger thumbnails of photos here in the blog entries, thanks to the redesign of the home page. But don't forget to click through to see the non-thumbnailed versions.)