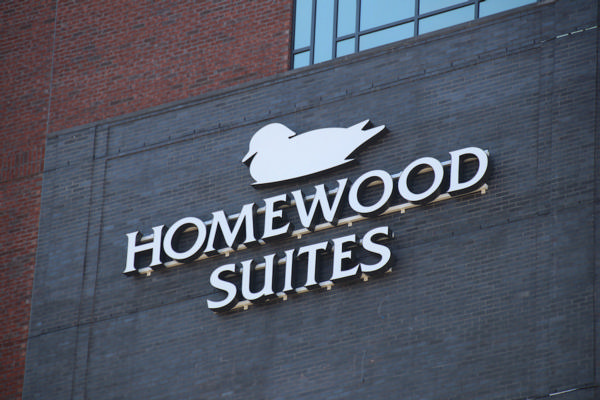 Tidbits from a Saturday morning's wanderings:
* The first sign has been hoisted at the Homewood Suites at 50 M St., on the north side.
* Toll Brothers has put up fence signage announcing the second phase of Parc Riverside on Half between K and L, with a delivery date of 2018; We Shall See.
* WC Smith has put up a sign at 2nd and I that gives a first peek at The Garrett, the third apartment building that will fill out "The Collective," aka the block where the Park Chelsea already stands and where Agora (the Whole Foods building) is already under construction. (I don't have a project page for the Garrett yet--awaiting the results of my begging for an electronic version of the rendering on the sign.) 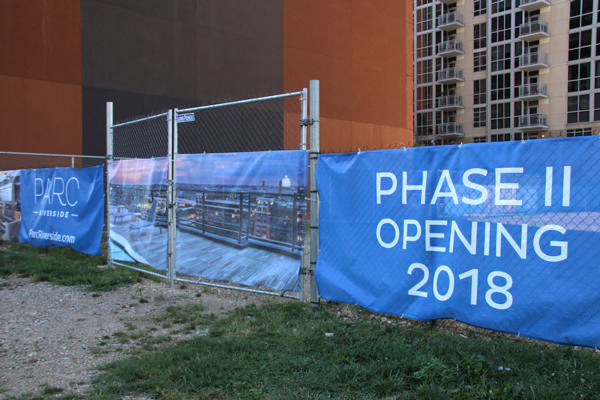 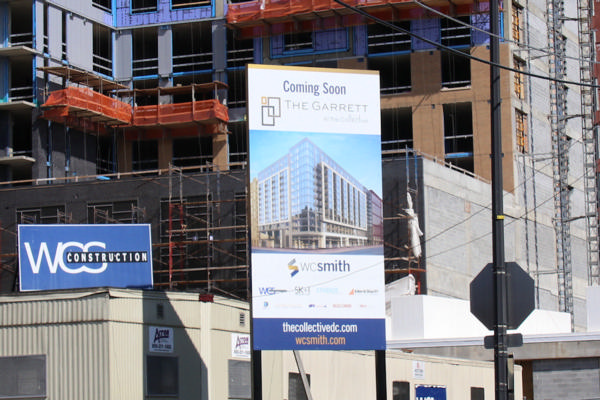 Also:
* I got to see the Insignia on M crane dismantled, though my attempts to get actual video with the new JDLand camera were unsuccessful (I need to RTFM, clearly).
* The Trapeze School building is now a little more decorated.
* Time is not being wasted on vertical construction of the apartment project at 1244 South Capitol, where the skeleton is now four stories high. 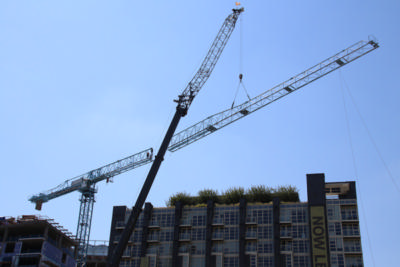 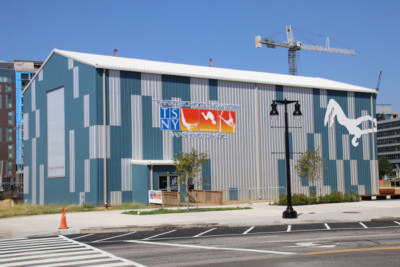 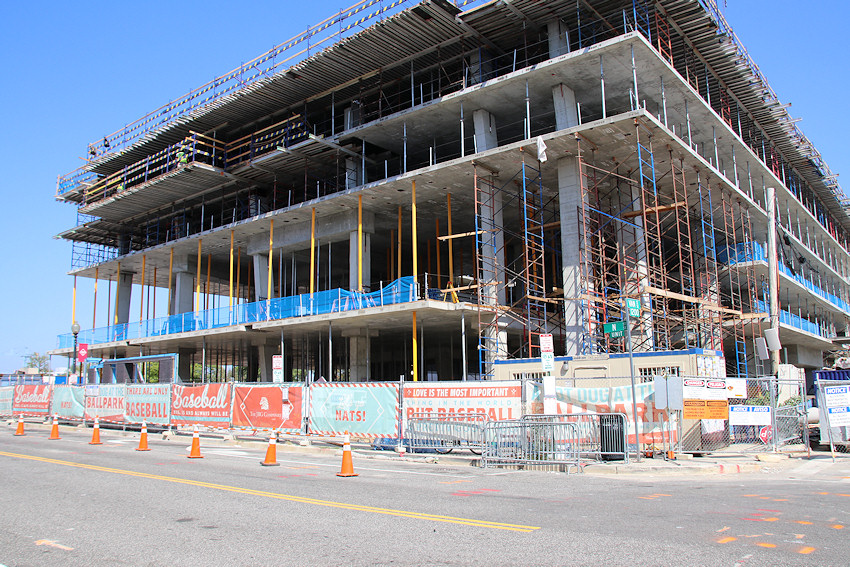 Finally, for the fun of it, here's photos of ORE 82 and Agora taken from the Southeast Freeway. Don't try this at home--leave it to those who are willing to lean out the passenger window of a car speeding down the road while holding a very expensive camera. Don't ever say I don't do nothing for you. 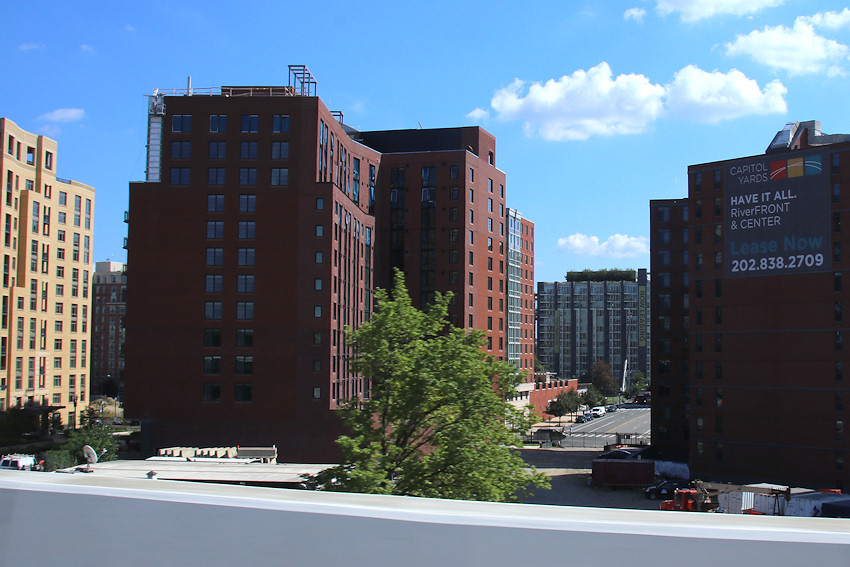 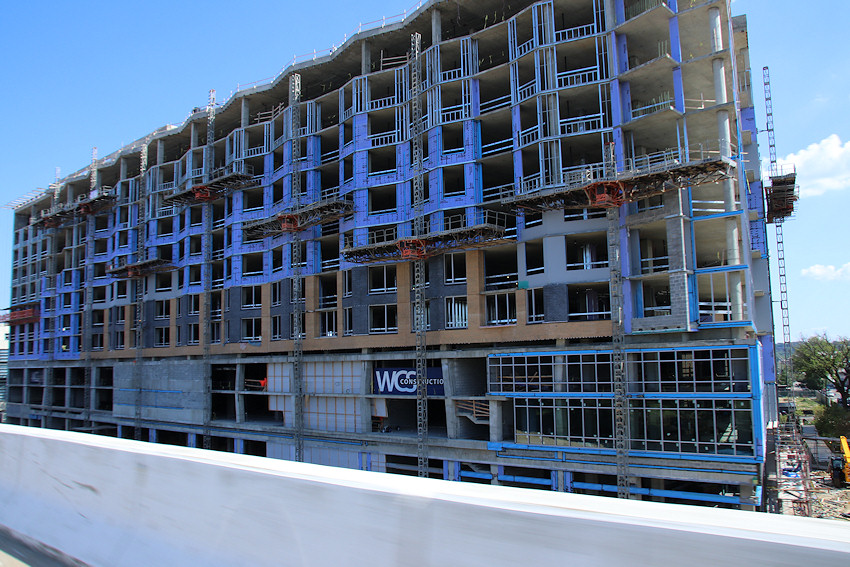 There's also updated photos of Insignia, F1rst and 909 Half, should you wish to peruse them.