peek >> << back
Near Southeast DC Past News Items: 861nj
Advertise on JDLand


2 Blog Posts Since 2003
Aug 18, 2019 2:51 PM
August Tidbit Roundup and Open Thread
Giving the commentariat a fresh thread (and tidbit delivery system!) and also enshrining a few items that readers may have missed while sweltering through August: 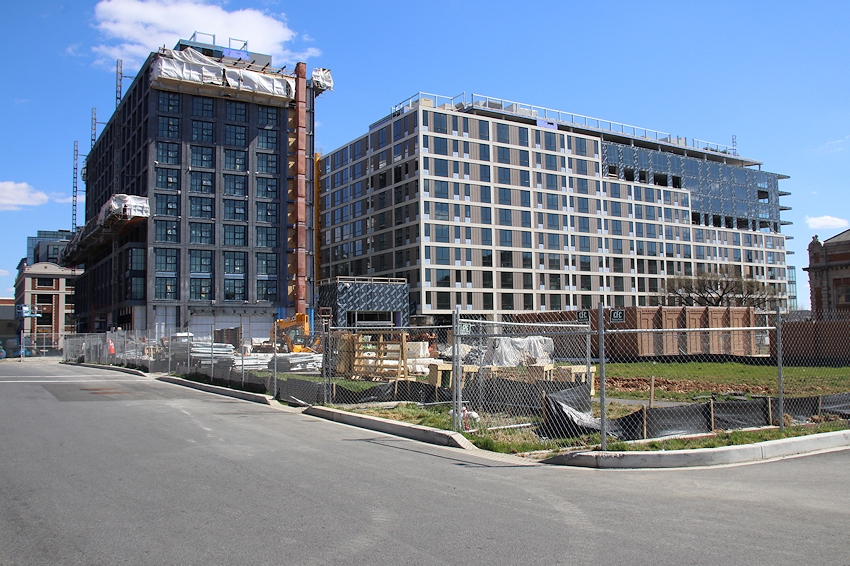 * MAIALINO: The Union Square Hospitality outpost at the new Thompson Hotel at 3rd and Tingey is going to be Maialino Mare, a "Roman style trattoria." (Eater DC)
* TINGEY SQUARE: Via Twitter, it looks like the construction of the long-planned Tingey Square at the intersection of New Jersey and Tingey is underway.
* GREYSTAR: Via Twitter, evidence that work is apparently gearing up at the Greystar project on the old CSX site west of New Jersey and immediately south of the freeway. Here's my post from a few months ago on the plans.
* PROTECTED LANES: Via Twitter (sensing a theme?), after much (much!) discussion of the perpetual vehicle occupation of the 1st Street bike lanes, both sides of the 1200 block are now separated and protected.
* BOXING: 9Round fitness kickboxing is coming to the Insignia on M building at New Jersey and M.
* BRIG: The Brig beer garden at 8th and L SE is one of the first three bars to apply for a sports betting liquor license.
Feb 12, 2019 10:10 PM
Some Details on Greystar's Hotel/Residential Project on New Jersey 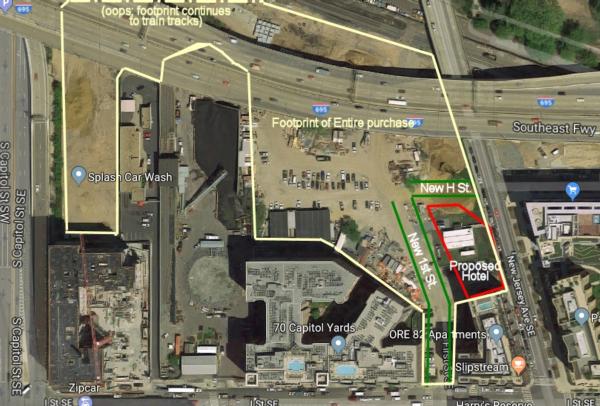 I have been remiss in not passing along news from weeks ago that Greystar is planning two residential buildings and a hotel on the land it purchased last year from CSX, fronting New Jersey Avenue across from Whole Foods. I was waiting for more information, and there's now a teensy bit more, so here we go.
The entire property is nearly 11 acres (as you can see on my terrible graphic), stretching from New Jersey to South Capitol and underneath the freeway to the southern edge of the train tracks. (Here's the Google Maps view.).
Greystar is wasting no time, having already filed for excavation, foundation, and building permits for all three buildings. According to the building permit, Tower 1 is the hotel (more about that below), Tower 2 will be an 11-story 240-unit residential building, and Tower 3 will be another 11-story residential building, with approximately 460 units. There will also be a two-level underground parking garage for all three buildings, with approximately 300 parking spaces.
As to exactly where on the site the two residential buildings are planned, well, We Shall See, though they will apparently be accessed by new extensions of H Street and 1st Street, as my cruddy graphic sort of shows and as can also be seen in this graphic from the filing. (Another graphic has the New Jersey/H intersection tagged with "Proposed All Way Stop," which is sorely needed and which will hopefully come to pass.) The residential buildings are "matter of right" projects, meaning that we won't get any handy zoning filings to give us more details.
A BZA case filed last year and approved at the end of January involves the plans for the 11-story hotel, with approximately 200 rooms and ground-floor retail that will be built along New Jersey Avenue, across from Whole Foods and just north of ORE 82. (But, unlike ORE 82, the hotel will not overhang the sidewalk, so that the ORE 82 residents with balconies do not lose their northward views.) The filing
The approved zoning order includes a requirement that the developer create (at the request of 6D, which supported the request 5-0-2 in December) a Loading Management Plan to deal with the inevitable traffic issues that will arise with hotel patrons being picked up and dropped off right along New Jersey.
The order also says that the applicant has agreed to create a dog park for exclusive use by residents of the project, and also that "The Applicant shall fully embrace and utilize the area underneath the freeway for amenity spaces that will be reserved for use by hotel guests and residents of the project." 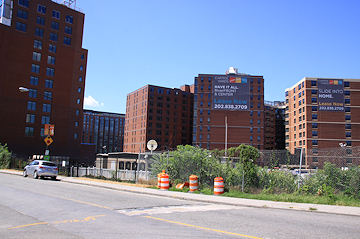 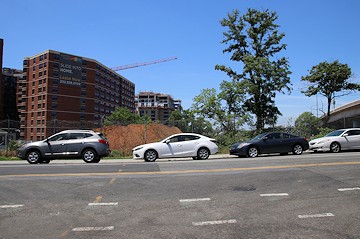 It should also be noted that recently Greystar took over the management of the 70 and 100 Capitol Yards buildings, and already manages ORE 82. So the buildings most affected by this new project are operated by the same company.