peek >> << back
Near Southeast DC Past News Items: avidian
Advertise on JDLand


1 Blog Posts Since 2003
Dec 11, 2017 11:35 AM
A Final Skeletons-and-Holes-and-Fences Survey for 2017
I somewhat unexpectedly found myself wandering around on Sunday, and though the official JDLand camera stayed home and drank hot chocolate, the JDLand cellphone (a Pixel 2, thanks for asking) stepped in to catch some progress pics.Here's a rundown: 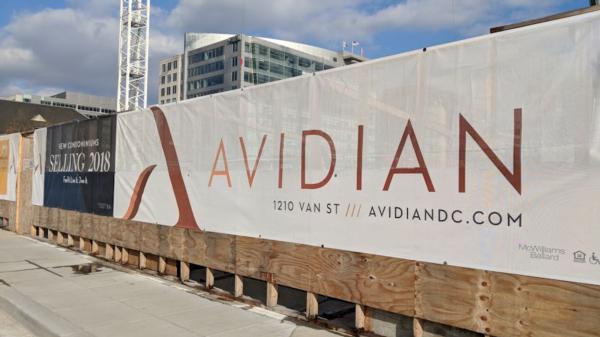 * HELLO, AVIDIAN: After being burned multiple times over the years with projects being said to include condos during the design phase only to end up as rentals, it's nice to have confirmation via the purty new fence signage at South Capitol and M that not only that the corner will be home to the new headquarters for the National Association of Broadcasters, but that the sibling building immediately to the south that was oddly dubbed 10 Van is now known as the Avidian, and that it will be condominiums, "Selling 2018." The building should have 170ish units and will probably be completed in 2019.
* PEEKING OUT: We have three newcomers to ground level, as the 380-unit apartment building at South Capitol and I is now clearly visible from the street, as is the 190-unit rental sibling to the further-along Bower at Yards Parcel O on 4th Street. Plus, the 420-unit West Half building immediately north of Nats Park now has its first batches of rebar out of the ground, if your eyes know what to look for. (And yes, I'm still completely failing at catching the work underway on what's now known as the Emblem at Barracks Row, the 20-unit condo building at 8th and Virginia. One of these days.) 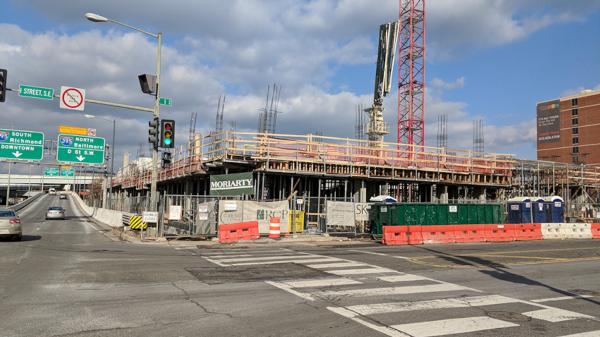 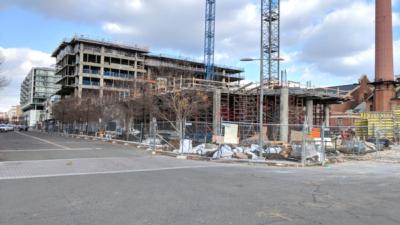 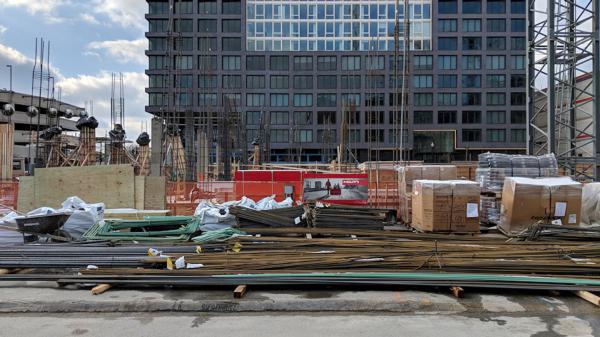 * ONWARD AND UPWARD: The new DC Water HQ continues to get its face put on, while the condo building known as the Bower at 4th and Tingey has completed seven of its 10ish floors, and at 2nd and L the next Capper mixed-income building is through Floor #4 of its own 10ish floors. {Trying to avoid any arguments about whether penthouses = floors.} 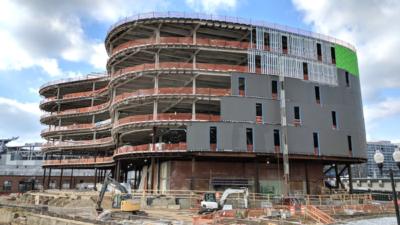 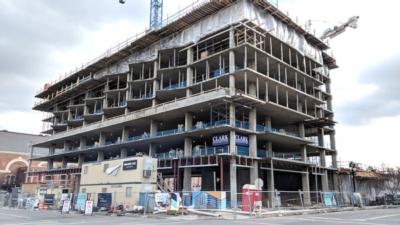 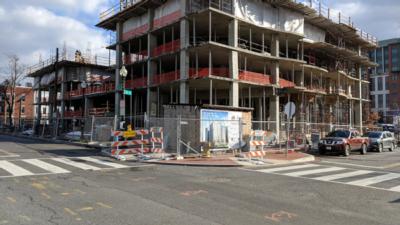 * DOWN ON THE CORNER: There's officially another project underway, as digging is now proceeding at 2nd and I for The Garrett, the third and final portion of WC Smith's "Collective" development that also includes the Park Chelsea and Agora (and this, of course). Meanwhile, there are still holes at the second phase of the Parc Riverside at Half and L (below), and at Monument Valley, which is impossible to get a shot of from street level so you'll just have to imagine it. And I forgot to look behind the fence at Parcel L. 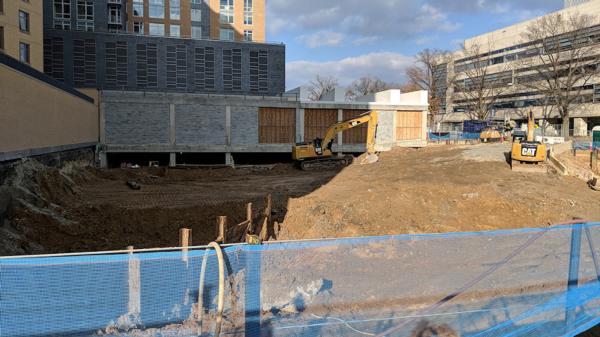 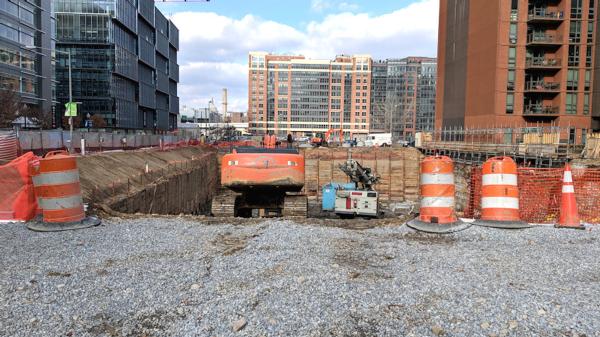 There will probably be some new holes in the ground in coming months, as both the rumor mill and the permitting pipeline hint that at least three more projects will get underway: Dock 79's residential sibling at the old Florida Rock site, the large residential development on the old "Congressional Square" site at 1st and K, and Paradigm's 275ish-unit residential building on the old Market Deli site at 1st and L. (Though I'll note that each of these still do not have permit applications in the system yet beyond the initial shoring/sheeting/excavation step.) The number of still-empty lots keeps a'shrinking....