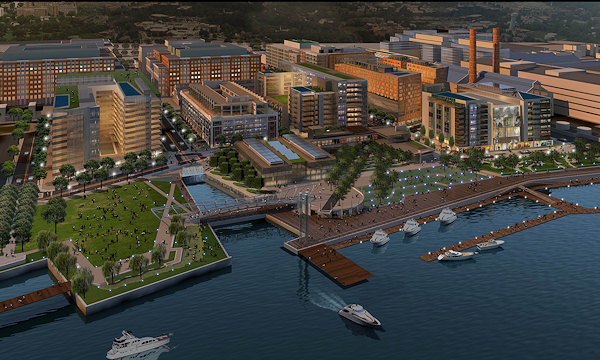 The Capitol Riverfront BID is gearing up for its job as maintainer, programmer, and promoter of the soon-to-open Yards Park by sending out this flyer with details on the festivities planned for the park's opening weekend, planned for Sept. 10-12.
Live music, food tasting, and a "beer garden" will be available all three days, along with special activities such as an art show by the Art Whino gallery, fitness classes, a Trapeze School demonstration, contests at the dog run, and a fireworks show on Saturday (in addition to being a new spot to watch the Nationals' postgame fireworks on Friday).
The events, which are free and open to the public, run from 3:30 to 11 pm on Friday, Sept. 10, 9 am to 10 pm on the 11th, and 10 am to 1 pm on the 12th.
Aug 18, 2010 10:54 AM
No ANC 6D07 Candidates Officially, But Siegel Running Again; WP Story on Wells vs. Robinson
A few readers have noted to me that, as of last week, no one from ANC 6D07 had turned in any nominating petitions for this year's elections. The Sept. 3 deadline is still a few weeks away, and while he hasn't done his paperwork, current and longtime 6D07 commissioner Bob Siegel has confirmed to me that he will be running again. It will be interesting to see if anyone else from the neighborhood decides to run--especially now that 6D07 has considerably more residents than it had for many years, meaning that the pool of potential candidates is a lot bigger.
If I've kickstarted the community politician in you and you decide you want to run, Frozen Tropics has a nice run-down of how to become a candidate. And the qualifications are pretty simple: you must be a registered voter and have lived in your SMD for 60 days (in other words, having moved into 6D07 no later than July 5, 2010) before submitting your nomination petitions.
I think the more interesting time in 6D07, however, will be in 2012, when the city goes through its once-a-decade realignment of ANC boundaries. Each ANC single-member district (SMD) is supposed to represent about 2,000 residents, which means that 6D07--with a population now up to around 3,500 thanks to the multitude of new apartment buildings north of Nationals Park as well as the Capitol Quarter townhouse development--will very likely be broken up into two districts. And, beyond that--would the Near Southeast SMD(s) remain part of 6D, which otherwise is completely within the boundaries of Southwest, or would one or both new districts possibly end up being moved to ANC 6B, the southern Capitol Hill ANC. (A small part of 6B is already south of the freeway, from Seventh Street over to 11th Street down to M Street.)
In other political news of note for the neighborhood, this Mike Debonis piece in the WashPost on Tommy Wells and his challenger Kelvin Robinson is a good look at the issues swirling in the Ward 6 council seat Democratic primary, particularly whether Wells' focus on "liveable walkable communities" and other new urbanism ideas (like the plastic bag tax) are interesting to Ward 6 constituents who aren't necessarily on the streetcar/multimodal bandwagon. And CP's Housing Complex blog also looks at the story, commenting that "Instead of painting a picture of a rosy future, Wells might be better advised to depict the absence of excellent transit and walkable communities as a current ill that must be rectified, putting those deficiencies on the level of crime as a pressing issue."
The DC primary elections are on Tuesday, Sept. 14. No matter what your leanings are, be sure to vote.
(I haven't written hardly at all on the mayor's race because, well, there's a billion other people doing that.)