1 Blog Posts
Apr 8, 2012 6:35 PM
Updated Photos from the Usual Spots (Holiday Edition)
Because of a need to burn off some calories before digging into my "Reeseter's Bunny" (milk chocolate-coated peanut butter bunny, which the label says is four servings [ha!] at 180 calories per), I did my usual wanderings this morning to grab updated photos around, Capper, 200 I, Canal Park, and the Boilermaker Shops. Alas, I did not hide any Easter eggs in any of these shots, nor did I find any. 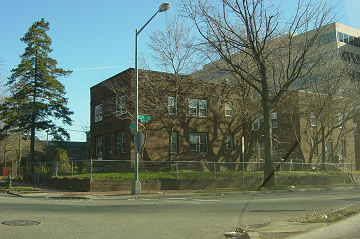 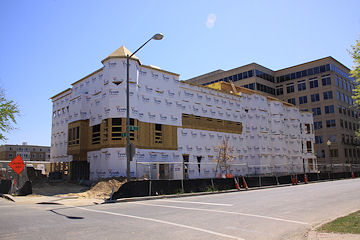 The framing and Tyvek-ing is underway on 3rd Street south of L, in the shadow of the 300 M Street office building, as Capitol Quarter continues its march toward completion. I also took a lot of photos of other CQ Phase II blocks, so spend some time in the Capitol Quarter Phase 2 Expanded Photo Archive (and scroll down a bit) to hop through the many (many!) before-and-afters. 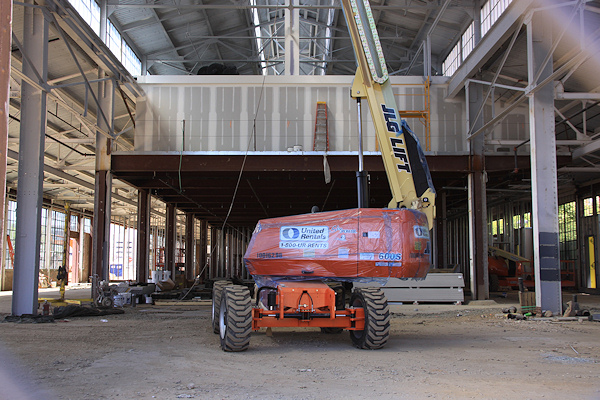 Then there's the Boilermaker Shops at the Yards, where some work was being done even on Easter Sunday. The walling off the interior space for the different tenants has begun, with the studs visible--and some drywall has even gone in on the mezzanine level, as seen at right, in a view from 4th Street, through what will be the Bluejacket space. 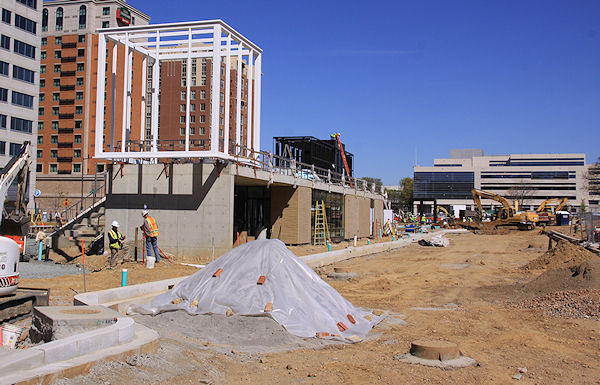 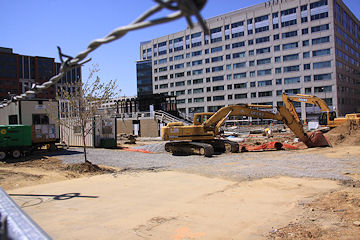 The work is on-going at Canal Park, but continues to not be terribly exciting from a photographic standpoint, unless you're wowed by images of new curbs. But the Canal Park Expanded Photo Archive can take you for a walk around the park's perimeter to see the current views, if you don't see it every day. (I also like my barbed wire shot [above right], the result of desperation after being without photos from the east side of 2nd and L for a very long time now. But, no, I didn't jump the fence.) 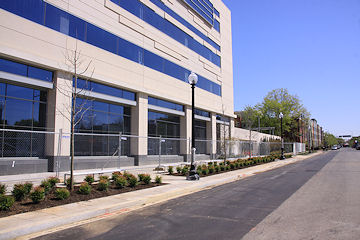 I also enjoyed being watched very closely by a USDOT security guard with a clipboard as I took photos of the park's progress from the south side of M Street. "What are you taking photos of?" she finally asked, trying to sound stern. "Stuff," I replied, as I smiled and kept walking.
There's also updated shots from 225 Virginia/200 I (seen at right), with the landscaping now starting to go in.
If you want to see today's entire batch (213 of 'em), here they are, remembering to click the fun little

icon if you want to see the entire range of photos for a certain location. If you want even more new-ish pictures, here's photos I took around 1st and Half Streets on Tuesday, to get the Fairgrounds exterior into the official archive.
Now I need to go find that peanut butter bunny. I think I earned it.