peek >> << back
Near Southeast DC Past News Items: ruben
Advertise on JDLand 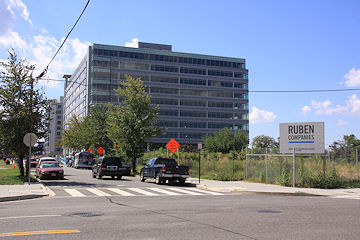 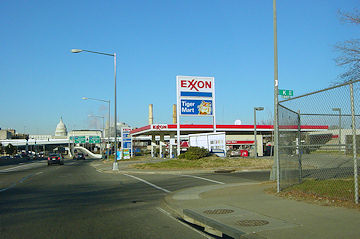 The purchase of the 35,000-square-foot lot at South Capitol and I gives Ruben control of the entire block known as Square 697N; the company picked up the other 47,000 sq ft of the block back in 2009 after developer JPI defaulted on its loan for what was then the site of a Wendy's restaurant.
The other lot Ruben bought from Exxon, just south of the Capitol Skyline Hotel at South Capitol and K streets SW, is about 31,000 square feet and also gives the company control of that entire block, known as Square 648, after Ruben bought the other two lots in 2005 and 2007.
This now makes four sizeable sites that Ruben owns on this three-block stretch of South Capitol Street, since the company also owns 1100 South Capitol St. SE and 1101 South Capitol St. SW across the street, both of which are being marketed as office buildings.
The South Capitol and I Exxon closed down back in 2006, when the station's operator pleaded guilty to fradulently double-billing government contractors more than $120,000.
I don't know any more specifics about the sales at this point, and it's unlikely any buildings will be immediately sprouting on either site. But it is yet another bit of commercial development news that would seem to indicate that the worst of the downswing is past.