peek >> << back
Near Southeast DC Past News Items: barre3
Advertise on JDLand 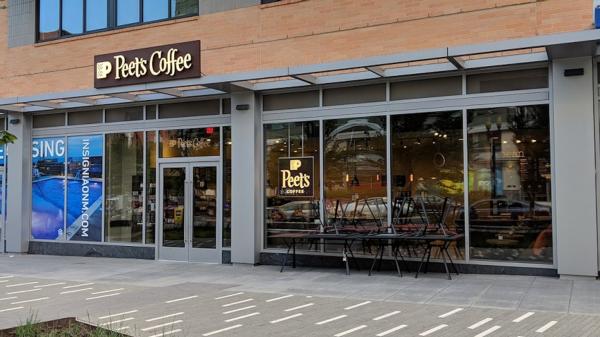 * PEET'S COMING VERY SOON: I took this photo yesterday evening, intending to post it today and say "it looks like Peet's Coffee is getting close," but a Twitter follower has now scooped that with a picture of this sign on the door today, which announces the grand opening as Monday, Aug. 13, at 5 am, with a "family and friends" event on Saturday, Aug. 11 from 11 am to 2 pm. For those who haven't been waiting for the opening of the neighborhood's 250th coffee shop, Peet's is located just north of the New Jersey and M entrance to the Navy Yard-Ballpark subway station, in the ground floor of Insignia on M. 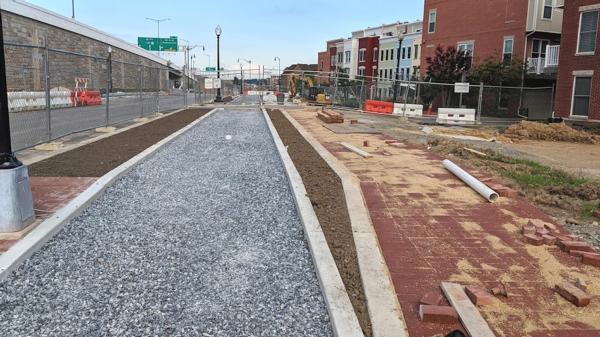 * BIKE PATH COMING SORT OF SOON: Work continues to bring Virginia Avenue back to life as the Virginia Avenue Tunnel project wraps up, and the photo at right shows the progress of the new bike path that will run *alongside the pedestrian path.* I would assume that the deep crushed gravel is not the final surface, but it's going to be a very nice alternative to getting between 2nd Street SE and Virginia Avenue Park/points east. I don't have a date for when the paths will be completed, but the entire project is supposed to be finishing in October.
* ALSO COMING SORT OF SOON: Also of note is the arrival of the signage for Barre 3 on 1st Street, though the interior does not look like we have reached Any Minute Now territory. And a peek behind the Bluestone Lane window coverings at 99 M would seem to indicate that the arrival of the neighborhood's 251st coffee shop is not imminent. 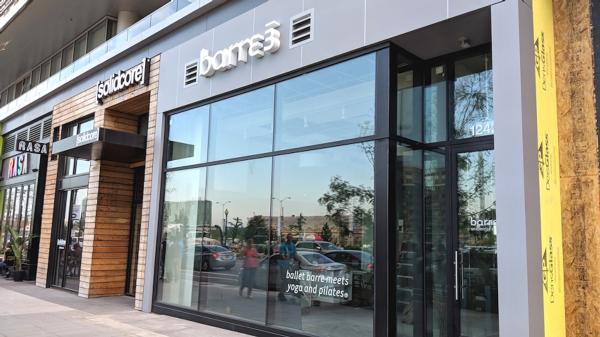 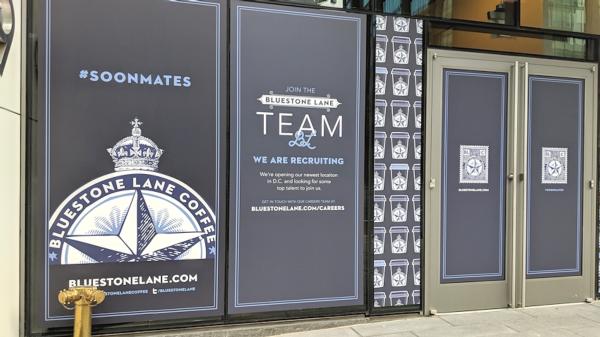 * BOOZE COMING AT SOME POINT: As tidbitted last week, there is a hearing sign posted in the ground floor of 1015 Half Street next to Bonchon for a liquor license for a new Retail Class A store that would sell beer, wine, and spirits. (The one that seemed to be coming to New Jersey and L has disappeared, FWIW.)
* CAPITAL ONE CLOSING SOON: Was mentioned by a commenter recently, but here's official notification that the Capital One branch in the ground floor of 1111 New Jersey is closing in September.
And a few other items that don't fit into the pattern:
* Truckeroo returns on Friday, Aug. 10.
* Nationals Park is having its first-ever Farmers Market on Sunday, Aug. 12, from 10 am to 2 pm.
Other than that, it's August. It's hot.
Jan 11, 2018 5:54 PM
Barre3 Studio Coming to F1rst in 2018

What with all those New Year's resolutions floating around, it makes sense that word has gotten out today that Barre3 has signed a lease to occupy the space immediately north of Solidcore in the ground floor of the F1rst apartment building on 1st Street, SE, south of M.
This will be the fifth DC location for the chain, which "mixes athleticism, grace, and the latest innovations designed to balance the body," according to its web site.
The studio is expected to open early fall-ish 2018, and joins Taylor Gourmet, Chop't, Chipotle, Roti, Rasa Indian Grill, the aforementioned Solidcore, and the still-to-come Declaration.
{And no, it's not your eyes, the photo is blurry. Sigh.}