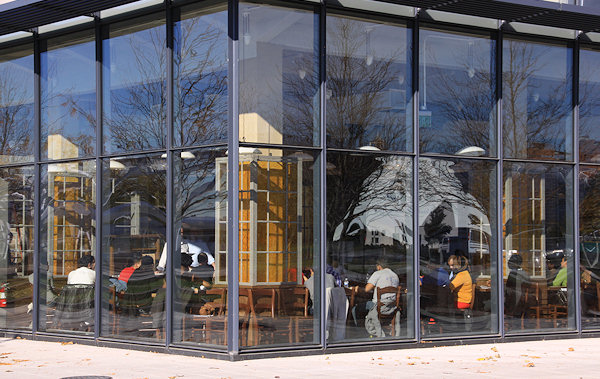 The neighborhood dining options take another leap forward today as Osteria Morini officially opens to the public in the southeast corner of the Lumber Shed at 3rd and Water in the Yards Park. There's a web site (though, um, oops), and City Paper has the menu.
Morini now joins Bluejacket, Buzz Bakery, Nando's Peri-Peri, Park Tavern, and Gordon Biersch on the list of new 'hood eateries in 2013. Morini's next-door neighbor, Agua 301, is under construction, but whether it makes it under the wire as the last opening of 2013 or ends up being the first of 2014 is still up in the air. Morini's sibling Nicoletta, which will serve pizza out of one of the retail bays along the Yards Park riverwalk, is expected to open next year.
What say you about the Morini menu?
UPDATE: And I guess I should have thought to include a small memory of what the exterior and interior of the Lumber Shed used to look like: