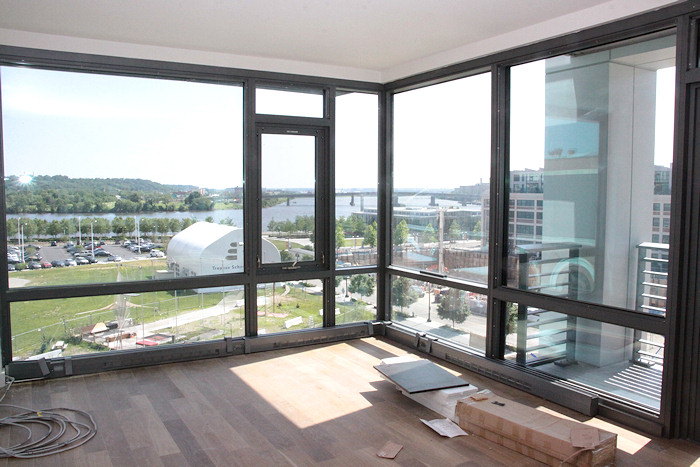 I put a hard hat on my hard head for the first time in what feels like forever, and got my first look inside the soon-to-open Twelve12 apartment building on 4th Street at the Yards.
There's still a lot of finishing touches underway, but I got some photos of the model unit as well as some of the other parts of the residential portion of the development.
Forest City says that the building is somewhere in the neighborhood of a quarter leased, with the first move-ins coming later this month. Current prices range from $2,100 to $3,100 for studios/1 BRs, and from $3,500 to $4,500 for the two-bedroom units. 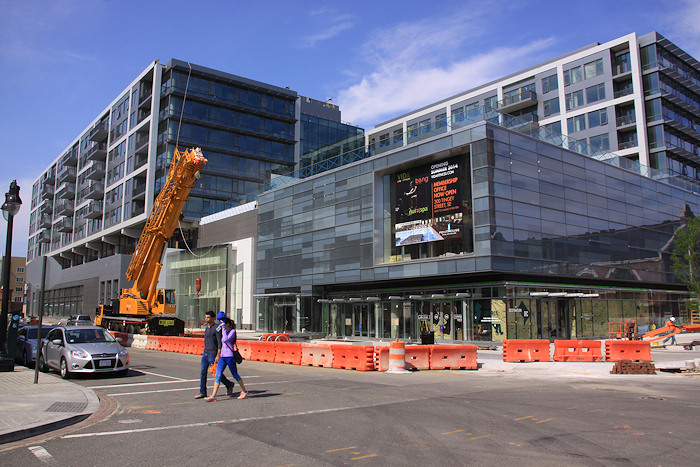 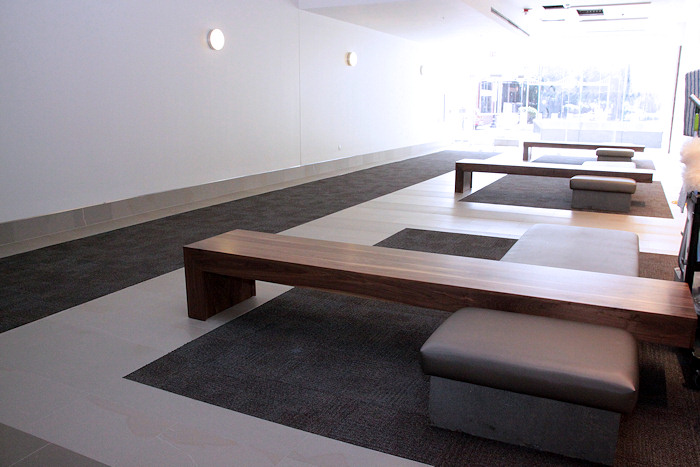 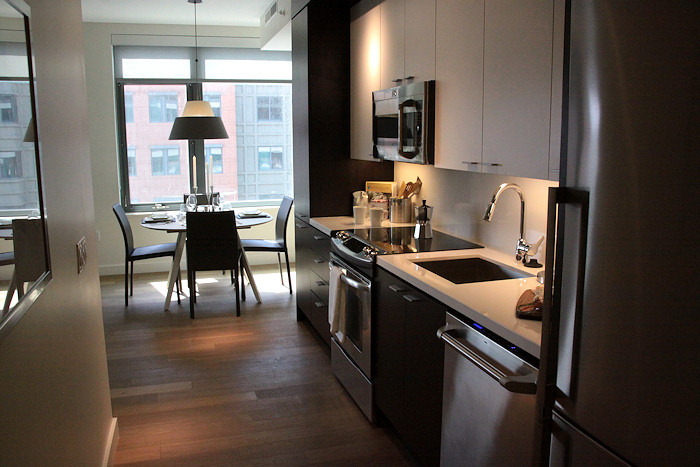 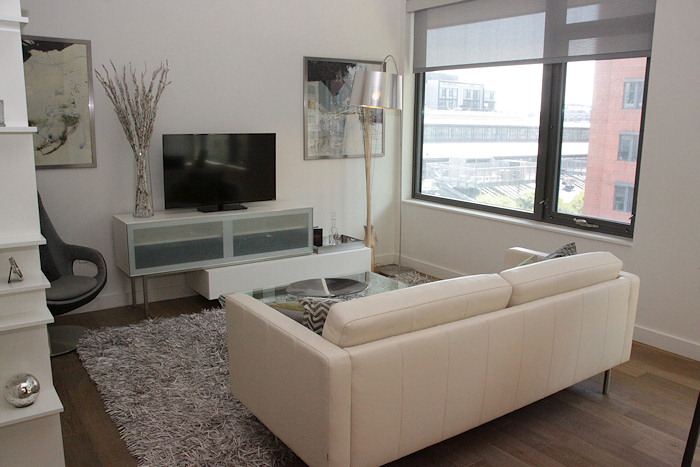 I didn't get inside the various retail offerings (though I did press my nose up against the windows). Sweetgreen, TaKorean, and the various components of the Vida Fitness empire (including Aura Spa, Bang Salon, and the Penthouse Pool Club) should be opening over the next few months, and the Harris Teeter Twitter account recently pegged Oct. 1 as the opening day for its new home at 4th and M.
Go look at the entire gallery for lots more shots.