1 Blog Posts
Jan 29, 2016 1:29 PM
Updated Design for Residential Project Planned for McDonald's Site
With a Board of Zoning Adjustment hearing coming soon (as now advertised), the developers planning a residential project on the site where McDonald's currently provides (among other items) tubs of Diet Coke to addicted bloggers have submitted some revisions to the design first seen back in October. The original version is on the left, the new submission on the right: 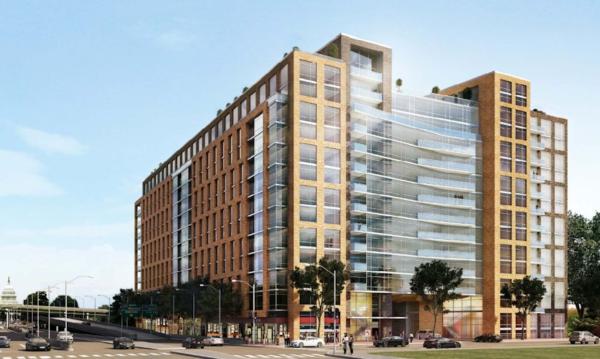 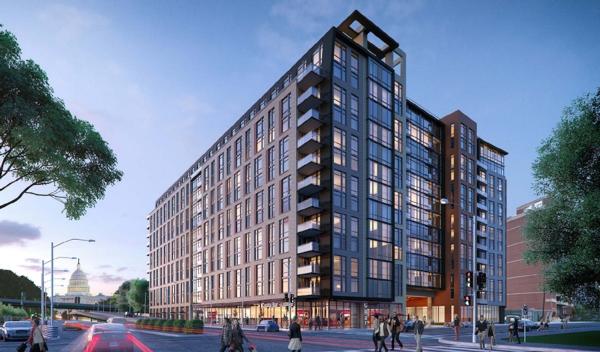 While there is no change to the overall "program"--a first-phase apartment building with about 380 units and around 2,700 square feet of retail, plus a second phase with either another 170ish apartments, or condos, or maybe even a hotel--there have been some "enhancements and modifications" in response to comments from ANC 6D at its December meeting, including revising the facade facing South Capitol Street and adding glass balconies to the southwest and northwest corners of the building.
They've also revised the rendering of the entranceway (original here, new one seen below). I'm also including the floor plan of the ground floor to show where the "phases" will be, as well as how the interior driveway/courtyard is laid out. 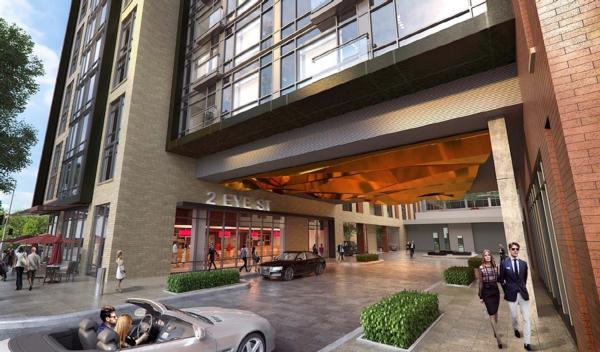 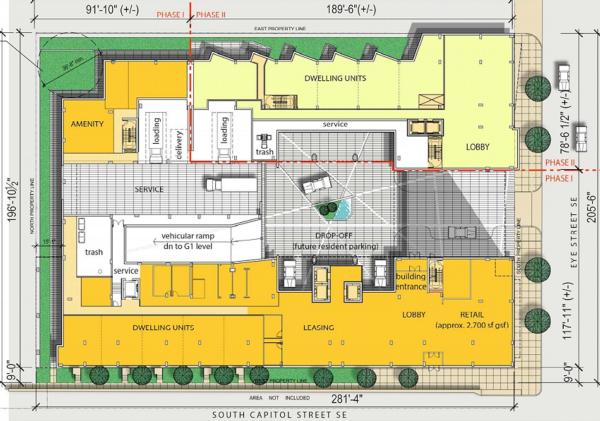 The BZA hearing is February 9.