peek >> << back
Near Southeast DC Past News Items: bangsalon
Advertise on JDLand 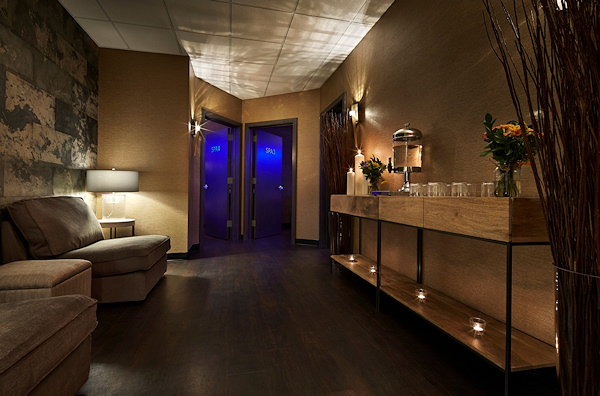 If you haven't yet ventured into the non-workout portions of the VIDA Fitness complex at Twelve12 at the Yards (or even if you have!), both Aura Spa and Bang Salon are hosting a grand opening celebration on Wednesday, January 21 from 6 to 8 pm.
Champagne, wine and light hors d’oeuvres will be served. Aura Spa will be offering complimentary lip or brow waxing (quantities limited) along with special pricing on massages and facials ($99 for 60 minute treatments). At Bang Salon, stylists will provide personal hair consultations, and guests will receive courtesy gift bags in addition to "fun swag" that will be raffled off.
They're asking that guests RSVP their attendance to ksimmons@vidafitness.com. The entrance to both spots is through the VIDA doors on Tingey Street east of 4th.
Sep 25, 2014 9:12 AM
Bang Salon Oct. 5 'Cut-a-Thon' to Benefit Ovarian Cancer Education 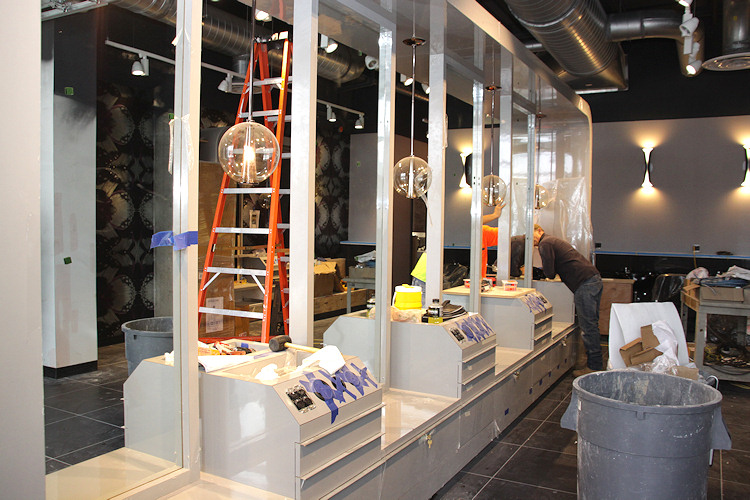 While Bang Salon in the VIDA Fitness spread at the Yards is still a few days away from its slated opening date of Sept. 30 (fingers crossed), the operators already have in the works a "Cut-a-Thon" on Sunday, Oct. 5, from 9 am to 9 pm in support of ovarian cancer education and awareness.
For 12 hours, 100 percent of the proceeds from every haircut will be donated to the National Ovarian Cancer Coalition. If going to a salon is stressful, the complimentary champagne and small appetizers may serve to soothe you.
More than 20,000 women in the United States are diagnosed with ovarian cancer each year, but because of the disease's somewhat vague symptoms and a lack of reliable detection tests, most cases do not get diagnosed until the cancer has reached later stages--approximately 15,000 women die annually from the disease.
So if you're getting a little shaggy, see if you can hang on for an extra week or so and contribute to the cause. It's easier than pouring an ice bucket over your head.
(Note that this is only for getting your hairs cut [as Mom used to say], not coloring or other chemical services.)
UPDATE: Following up on reader JES's question in the comments, Bang is taking taking walk-ins for this event on Oct. 5 but appointments are suggested--appointments can be made online at bangsalon.com or (202) 628-3222.
Mar 5, 2014 4:19 PM
Details on Bang Salon at the Yards, Coming this Summer 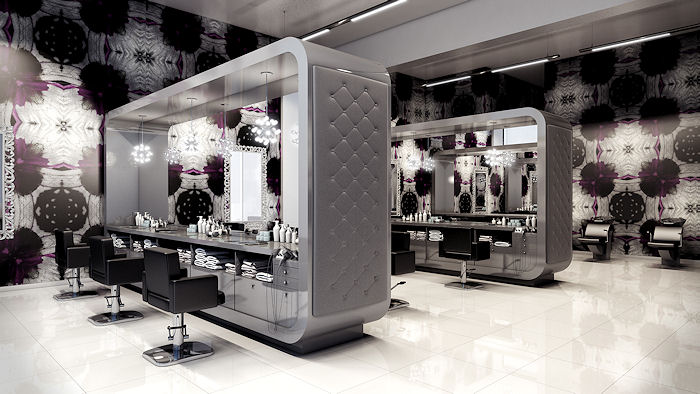 Some details out today about Bang Salon at the Yards, which will be coming in late summer as part of the "$6.5 million, 30,000-square-foot fitness and lifestyle complex" anchored by VIDA Fitness at Forest City's Twelve12 apartment and retail project in the Yards.
The 1,500-square-foot space will have a design described in a press release as "a fusion of modern, fresh and lively configurations that incorporates sophisticated hues of purple, black and white to create a classic, chic retro look," as can be seen in the rendering. There will be 15 stations, which will be encased in "glossy dove grey pods with tufted silver leather panels." 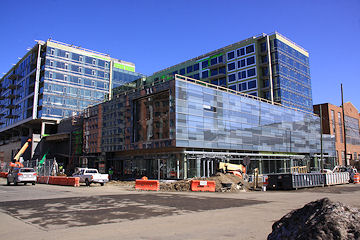 Bang, which already has three locations elsewhere in the area, apparently uses a performance-based pricing system--rating the stylists, not the clients--as well as an online booking option. Not surprisingly, Bang's own hair and body products will also be available for purchase.
VIDA's other affiliates, the Penthouse Pool Club and the Aura Spa, are also coming to Twelve12's three-story glass-enclosed retail complex at 4th and Tingey. In addition, Sweetgreen and TaKorean have signed leases to occupy ground-floor space on this corner, and Harris Teeter is now working on its own build-out at the north end of the block. It's also right across the street from the Boilermaker Shops, home of Bluejacket and Buzz Bakery, in case you need a reward after all the self-pampering and good living.