peek >> << back
Near Southeast DC Past News Items: aslin
Advertise on JDLand 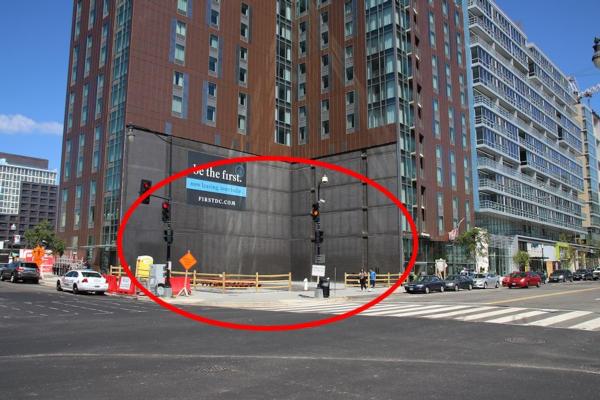 It did not take long for the news to explode on social media that the Aslin Beer Company will be launching a game-day beer garden at the corner of 1st and N, SE, a block away from the Center Field Gate, starting on April 5, the day of the Nats home opener.
It will generally run from about two hours before each game until two hours after, and the company's Instagram post says that "starting as soon as May, we will also be open on non-game days throughout the summer."
However, the Instagram feed for the beer garden itself (which might be hinting at being called the Sandlot) says that the pop-up will run until July 8. My understanding is that the owners of the lot are expecting to start construction after the All-Star Game on the two-story bar/restaurant that has been planned for that site since the F1rst development was announced. (I shall take to calling this lot the Outpost, since it is separated from its F1rst sibling by the Hampton Inn.) Whether that actually comes to pass, We Shall See.
In other tidbits that I really need to get out of the hopper:
* DECLARATION: There apparently are now signs at Declaration that it will open on April 5. Still waiting for an official date from Oath Pizza. 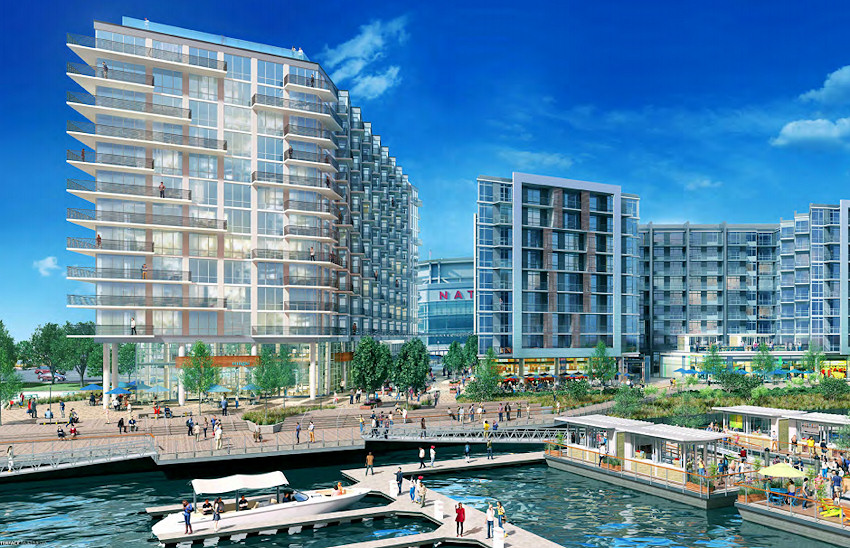 * 71 POTOMAC: Looks like Dock 79's 264-unit sibling currently dubbed 71 Potomac is going to get underway Any Minute Now (if digging hasn't already started). It will also have 12,500 square feet of retail, and will be built immediately to Dock 79's west. (WBJ)
* SUMMER MOVIE LINEUP: Here's the schedule for Canal Park's Thursday Night Summer Movie series, running from June 7 through Aug. 23.
* CIRCULATOR SUMMER HOURS: April 1 is almost here, which means it'll be time for the DC Circulator Union Station-Navy Yard route to switch to its summer hours, running from 6 am to 9 pm Monday-Friday and 7 am to 9 pm on Saturdays, plus extended hours when the Nats are at home, running until midnight for every game beginning at 4:05 pm or later as well as from 10 am to 10 pm for Sunday home games.
* (UPDATE I) CHLOE LUNCH: Just across the transom is the news that Chloe at 4th and Tingey is now serving lunch on weekdays from 11 am to 2 pm. "Designed to be carryout friendly," it will include a rotating selection of options like enchiladas and banh mi.
* (UPDATE II): DUE SOUTH DOCKSIDE: Confirmation that Due South Dockside will open at 11 am on Opening Day.