peek >> << back
Near Southeast DC Past News Items: topoftheyard
Advertise on JDLand 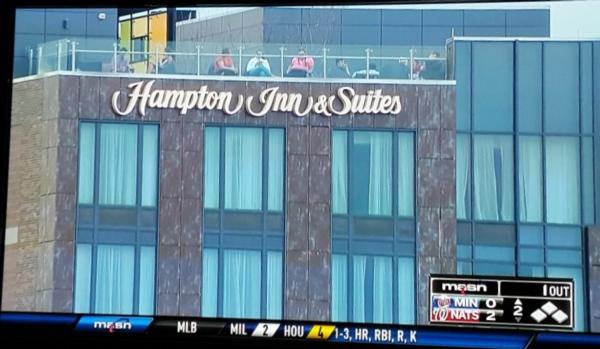 While their web site says that a "grand opening" is still a few weeks away, the rooftop lounge at the Hampton Inn dubbed "Top of the Yard" * is apparently open for business, starting at 5 pm every day and with extended hours on days where games at the ballpark start earlier.
With its location immediately north of Nats Park, and with a view of (most of) the field, it will probably be a destination of interest--and a few occupants were caught on camera during MASN's broadcasts this weekend, and I captured MASN capturing them on camera, as you see above.
The menu (scroll down on the official site) features burgers and hot dog-type offerings along with "snacks and shareables." According to the Post's Going Out Guide, the beer lineup is Budweiser-ish, with Bud, Shock Top, and Goose Island. The space will also be available to rent for private events.
I took some photos up on the roof back in December, right when the hotel opened, so the area wasn't quite finished yet, and the low winter sun made for less-than-optimal peeking into the ballpark, but here are some of those images, until I get up there to replace them. (Note that there are also lovely views of the rest of the neighborhood--see more photos here.) 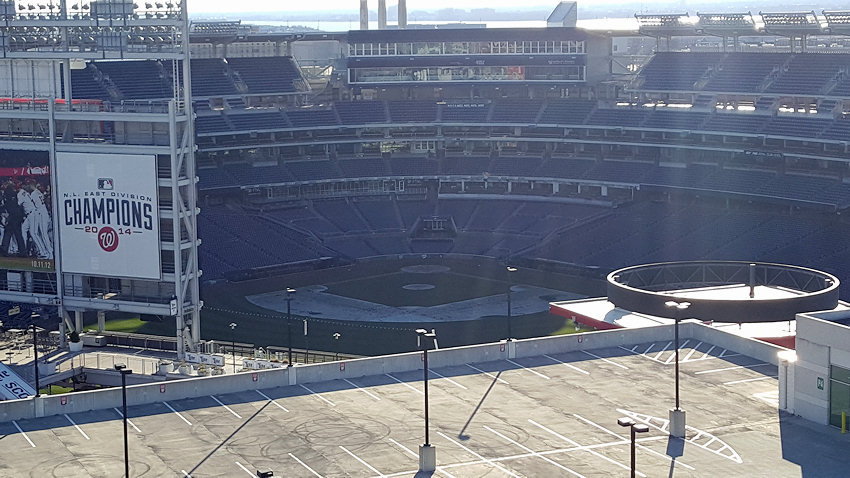 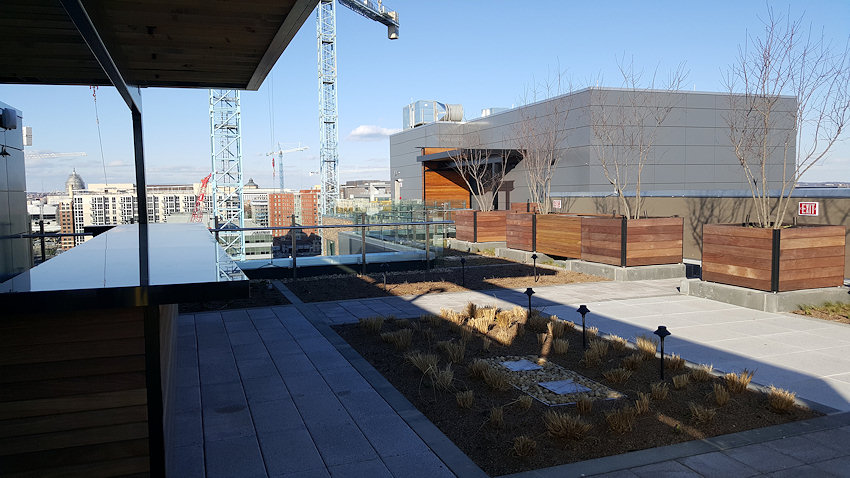 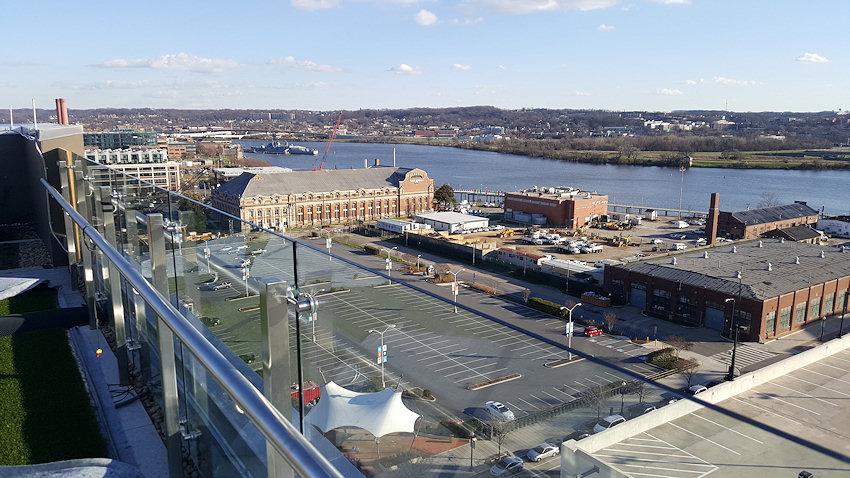 I also hear tell that the Hampton is looking to open a sidewalk cafe where alcohol would be served.
I've now added this to my What's New Outside the Ballpark page (if you need to catch up) and also my Food Map.
* The logo on the official web site is "Top of the Yard," but all of the site's copy says "Top of the Yards." Looks like someone needs a copy editor.