peek >> << back
Near Southeast DC Past News Items: solidcore
Advertise on JDLand 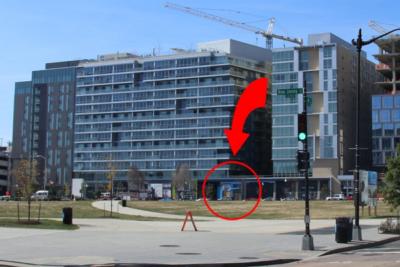 Word is out that Solidcore* will be opening for your high-intensity low-impact workout pleasure at 8 am on Saturday, Nov. 4, in the ground floor of F1rst.
The official web site for this location allows reservations for upcoming classes, and also has some grand opening deals available ($4 for your first class, plus 10-pack and 1-year membership specials).
Regrettably, I did not get a chance to swing by for an updated photo before posting this, so here's my most recent shot of the Solidcore location, located next to soon-to-be-Rasa on 1st Street SE between M and N. (Official street address is 1245 1st St. SE.)
* As for why I am not referring to it as [solidcore], it's because it would have been a divorce-level offense in my house.
Apr 11, 2017 9:49 PM
Photo Tour of F1rst and Residence Inn; Solidcore Signed 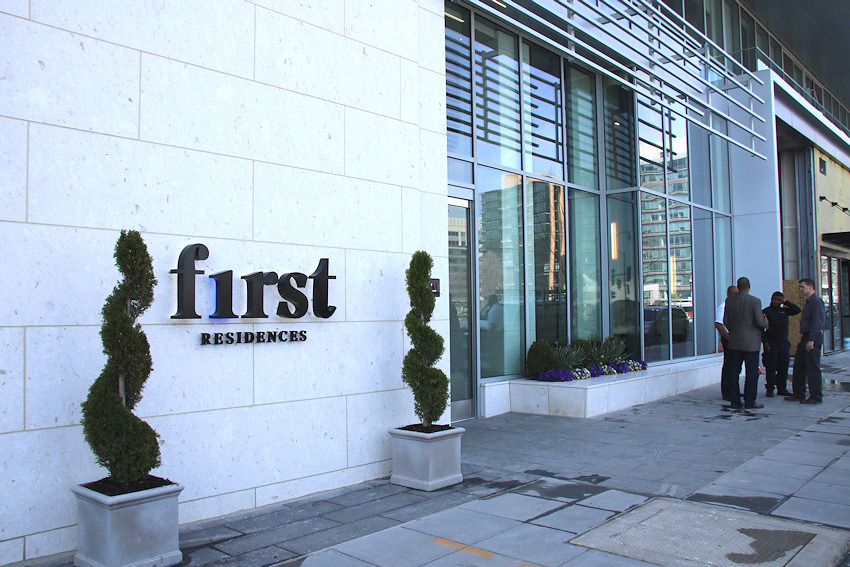 On Monday the JDLand camera took another spin in the neighborhood, this time heading to 1st Street SE to visit the F1rst apartment building and its sibling the Residence Inn, which both of which are now open.
The photo gallery is a big one, with so much newness for me to capture. The official F1rst web site and the Residence Inn site has all of the details you probably want, and so I am just let the photos do most of the talking.
But before I get to those, there is some news, which is that it's been announced that fitness studio Solidcore is the latest retail tenant now signed, joining Chop't, Taylor Gourmet, Chipotle, Roti, Rasa Indian Grill, and Declaration. Solidcore is expected to open in the latter stages of 2017. (For those of you salivating at the rest of the lineup, it looks like Chop't will be the first to open, perhaps next month, followed by Taylor, Chipotle, and Roti in late summer/early fall.)
With that, onto the photos of both the apartment building and the hotel. This is a sampling--see the gallery for the full narrated tour.