peek >> << back
Near Southeast DC Past News Items: lynchhalf
Advertise on JDLand 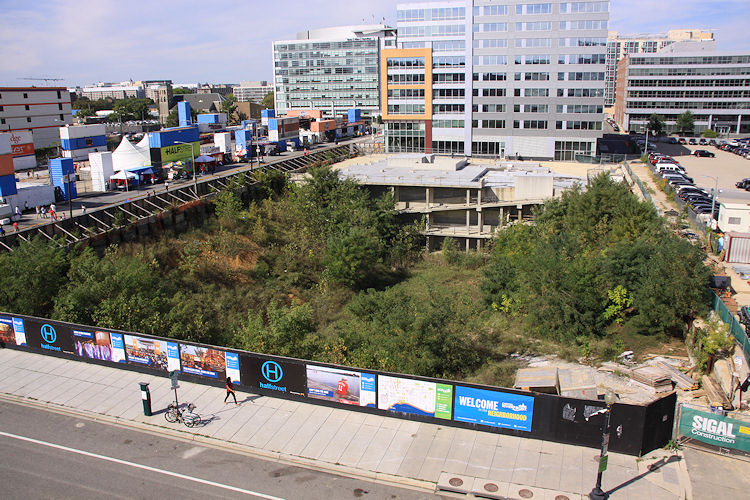 The Post's Jonathan O'Connell has posted a story today detailing the rise and fall of Monument Realty on Half Street--how the company snapped up parcel after parcel of land just north of the ballpark footprint during 2004 and 2005, how they spared no expense to market their holdings, and how just as they dug the hole for the residential portion of their project, the economy collapsed, taking with it Lehman Brothers, their big financial backer.
It also gets itno how it's now been sold to the MacFarlane/Lynch partnership, even though "Monument wanted to see the project through as well, but had its hands tied by the Lehman estate, which wanted to sell."
You may recognize some of the photos accompanying the piece, and I also cop to being the owner of all of the "swag" displayed in the article, thanks to attending various Monument shindigs over the years, and thanks also to being an unrepentant pack rat. I spent years holding onto t-shirts, brochures, and even trading cards all because "someday someone might want to see them." And that someday is today!
It's a good read, and I'd say that even if I hadn't provided some assistance.
Sep 11, 2014 10:26 PM
Monument Realty Exits Half Street 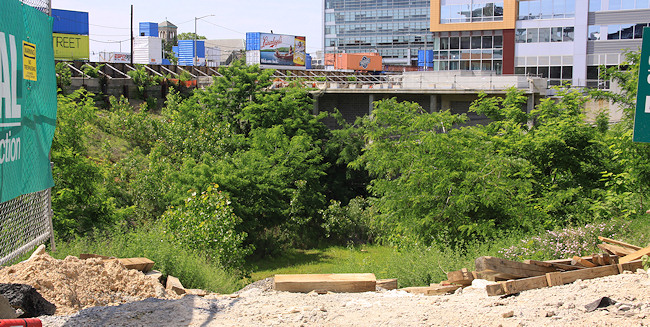 Documents filed today show that Monument Realty, which sunk its teeth whole-heartedly into the Nationals Park-fueled land rush of 2004 and 2005, is exiting Half Street, with the sale of the company's two remaining parcels, best known to baseball fans and residents as the location since 2009 of the big hole in the ground on the east side of the street.
The buyer of the properties is officially Half Street Residential PJV, LLC, which the Washington Business Journal is reporting is a new partnership of MacFarlane Partners and Jair Lynch Development Partners.
WBJ: "MacFarlane already owned a 50 percent stake in the residential portion of Half Street. With local partner Jair Lynch, MacFarlane essentially bought out Monument and Lehman," with an expectation that the "new team will bring this languishing project to life."
The price of the sale is roughly $12.5 million. (UPDATE, 9/17): A follow-up WBJ story on the new owners' plans for the site says that a check was cut for $34 million. 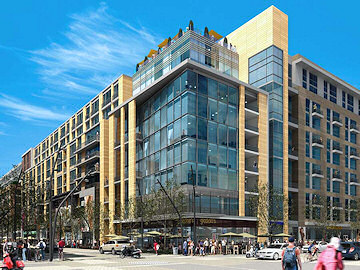 Monument had planned a hotel and 320 units of residential on this site, and went ahead and dug the hole back in 2007 and 2008 as it built the 55 M Street office building at the north end of the block. But the economy tanked, and the "Monument Valley" hole languished (and became quite the urban forest).
This move isn't exactly a surprise: it had looked a few months ago like something was coming, as Lehman had taken back a portion of this stretch of Half Street just as it had with two other Monument properties that quickly ended up being sold: the 50 M site that is soon to be a Homewood Suites, and the lot on the northeast corner of South Capitol and N that JBG is now planning to develop as a residential building.
Monument now is involved in only one property in the neighborhood, the old Domino's site at South Capitol and M that they made initial moves to develop as an office building a few years ago. (But, in what may or may not mean anything, there have been permits issued in recent days for soil borings on that site, which is often a precursor to a sale. I'm not saying--I'm just saying.)
This is the end of quite a chapter in the neighborhood's rise--and the beginning of a new round of toe-tapping about progress on what was once envisioned to be one of the liveliest stretches of street in town. It will be interesting to see how quickly MacFarlane/Lynch move, and what their new plans may be, (And, for that matter, whether Akridge is currently making any moves on its side of Half Street.)