peek >> << back
Near Southeast DC Past News Items: hughandcrye
Advertise on JDLand 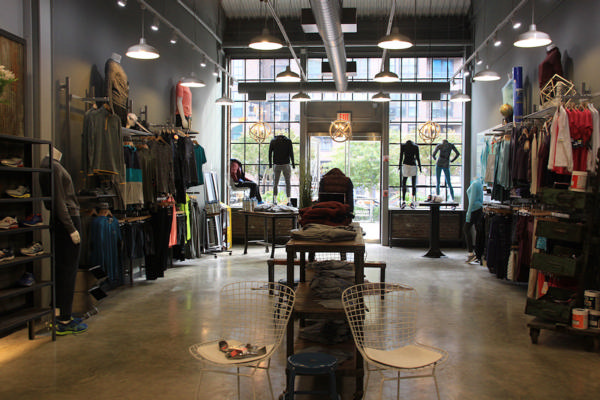 The Official JDLand Camera was in action on Thursday, and while the main destination will be discussed in a future post, stops were also made along Tingey Street at the Boilermaker Shops, inside both the newly opened Pacers Running store and also the decidedly-not-newly-opened Hugh & Crye menswear store.
(I was waiting for the H&C space to be built out more fully, which is still in the pipeline--or at least that's the story I'm sticking to. #lazy)
While I am not one to be shopping for either running equipment or slim-fit men's dress shirts, I appreciated that staffs at both stores did not run screaming when I came in with a camera and used those words that so often strike fear, "neighborhood blogger." I did, alas, miss the bourbon cart that was set up outside H&C earlier in the day.
Pacers: 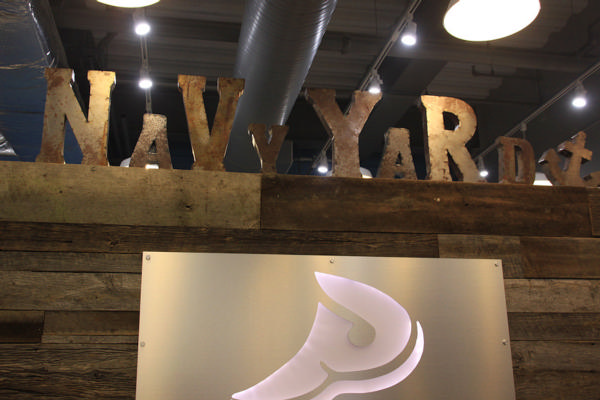 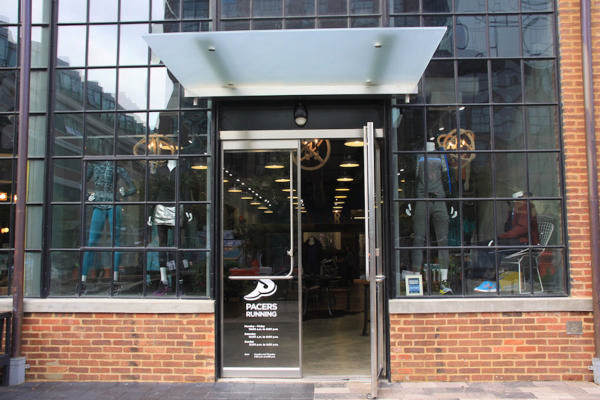 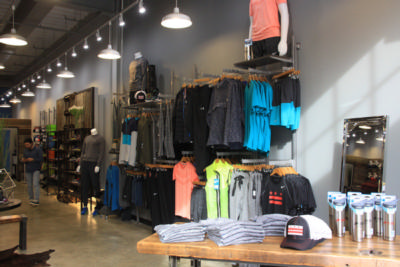 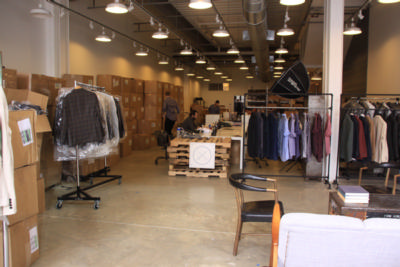 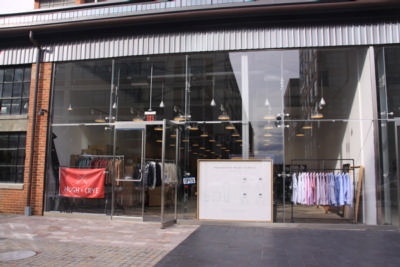 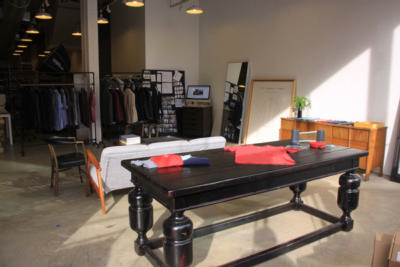 Also noticed during this visit--Bluejacket has repainted its sign, the result of which is that you can now actually see it (and photograph it). Yay! (No signage yet at Pacers or H&C, though.)
PS: If you want a steady social media stream of JDLand photos (current and archival), note that I have finally/belatedly joined Instagram, at jdland_dc.