peek >> << back
Near Southeast DC Past News Items: chopt
Advertise on JDLand 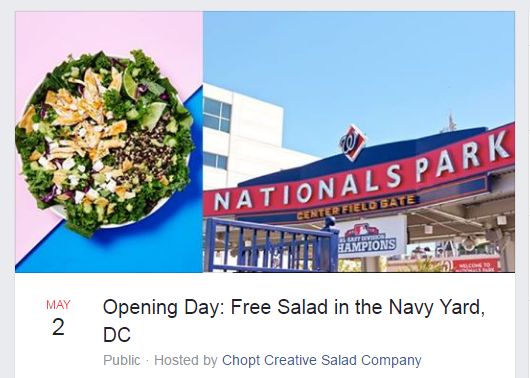 * The first retail offering at F1rst has almost arrived, as salad purveyor Chop't is opening its doors on Tuesday for a "preview," from 10:30 am to 2 pm and again from 5 pm to 7:30 pm (or until they run out of food). It's a "Chop't Gives Day," meaning that for a $2 donation to the DC Central Kitchen, guests will receive a complimentary salad.
I do not have a recent photo of the Chop't exterior, but here's what @JRogers202 sent out on Twitter last week. Also, the official address for Chop't is 1257 1st Street, SE, if yiou are needing exact coordinates. 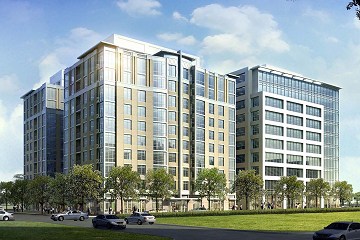 * A press release has gone out announcing a ceremonial ribbon cutting on Tuesday at the still-as-yet-unnamed DC Housing Authority mixed-income residential project on the south side of L Street between 2nd and 3rd known for now as "Square 769N."
The glitterati will be there to wield shovels to herald the "start" of construction on the next phase of the Hope VI redevelopment of the old Capper/Carrollsburg housing project, which will bring 179 rental units including 36 affordable apartments immediately to the east of the Canal Park ice rink block. (Pay no attention to those piles already in the ground.)
(Also note that in the above drawing, the 769N apartment building is the one on the left, as seen from Canal Park--to the right is the long-planned but still in limbo 250 M Street office building.