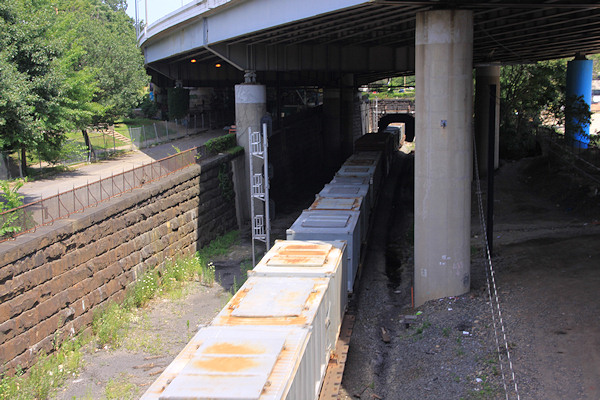 A gentle reminder that the public meeting to discuss the Final Environmental Impact Statement for the Virginia Avenue Tunnel is tonight (July 1) at 6:30 pm at the Capitol Skyline Hotel at South Capitol and I Streets, SW.
It will no doubt be your garden variety public meeting--residents filling the seats and asking pointed questions, public officials carefully making well-vetted statements, consultants scurrying around the perimeter consulting, and opponents protesting out front beforehand.
UPDATE: Before the meeting even gets off the ground, DC Del. Eleanor Holmes Norton has announced that USDOT has agreed to extend the comment period from 30 to 60 days (though she had asked for 90) and to hold a second public meeting before the end of the review period.