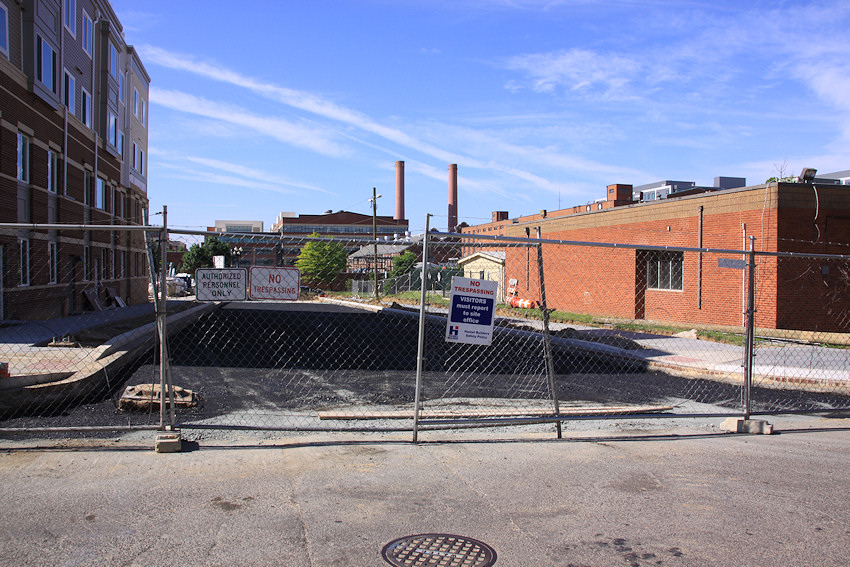 While we spent months and months pining for the block of I Street that finally opened between 2nd and New Jersey back in February, there's another new stretch of road that should be arriving this summer: the 1100 block of 6th St., SE, between L and M, nestled between the Bixby and Joy Evans Park.
As you can see in the photo taken this weekend, the basics of the street are now finished, its creation having been tied to the construction of the Bixby, DCHA's 195-unit mixed-income apartment building that is expected to open this summer and which is itself getting some infrastructure built, as seen below.
I don't know anything about traffic control, i.e., whether there will be a four-way stop at 6th and L, or whether left turns will be allowed from 6th onto M (and from M onto 6th). I've asked DCHA, but haven't yet heard back. UPDATE: Apparently it was set out in the zoning that there will be no cut in the median on M Street, so only right turns onto and off of 6th will be allowed.
UPDATE 2: DCHA tells me that they are still "working out details with DDOT as to whether or not this portion will be a one way from M to L." Sounds like they found some unexpected infrastructure underneath the planned intersection that forced a reduction in the size of the 6th and M corner--if I had actually looked at the work from the M Street side, I'd have more insight, but alas....
As for any more precise estimations as to when this new block of 6th will open, I am so not going there. It will open when it opens, right? 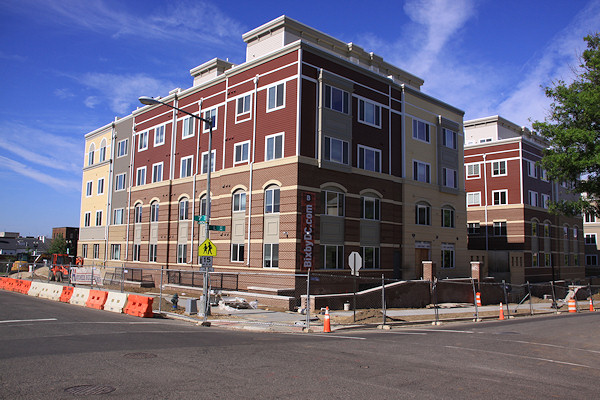 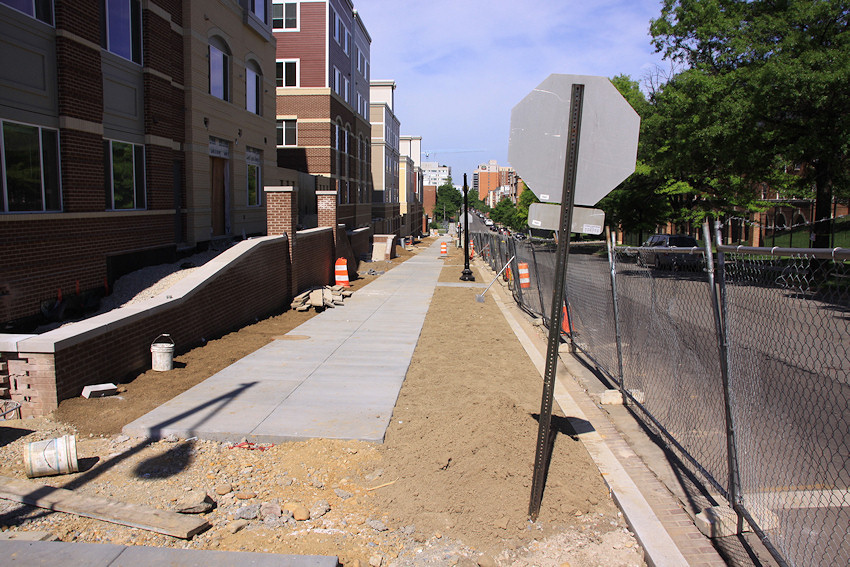