1 Blog Posts
Feb 26, 2010 6:00 PM
Some Quick Friday Afternoon Links
* The Douglass Bridge (South Capitol Street) will be closed on Sunday morning for its swing span test, from 4 am to approximately 9 am, weather permitting.
* Tickets went on sale this morning at 10 am for the Dave Matthews concert at Nationals Park on July 23--looks like good seats are still available.
* There's been some press over the past few days about the new DDOT web site, especially the "Transportation Access Portal" that gives detailed information about projects around the city, but I was kind of underwhelmed until I found out that the projects of most interest to Near Southeast are under an "Anacostia Waterfront Initiative" tab rather than in the Ward 6 section. There you can find all sorts of project-management details (cost, schedule) for the 11th Street Bridges, the new Douglass Bridge (coming in 2018!), and even the RFK ramp demolition.
*And, in the gosh-why-would-you-think-I-was-killing-time-on-a-Friday-afternoon department, a shot of what the 1000 block of K THIRD Street SE would look like if it were in Mr. Roger's Neighborhood (see large version): 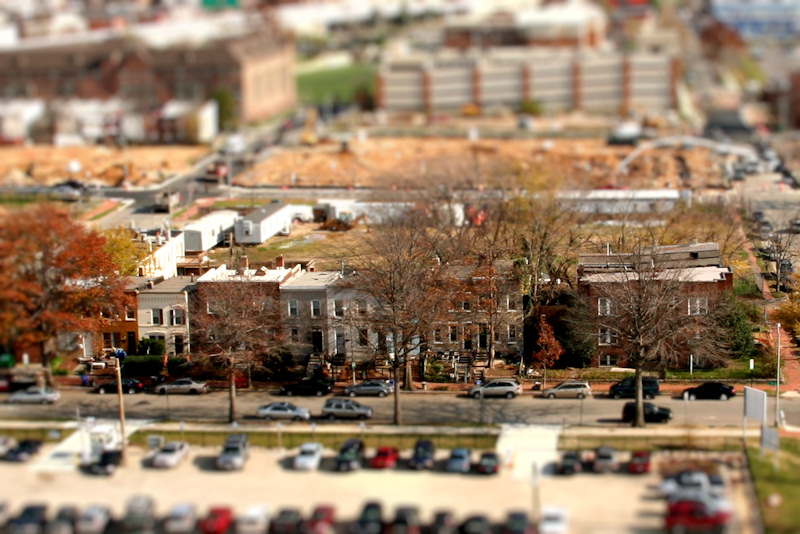 * Plus, I think I have some cool items on the way next week. Fingers crossed.
* UPDATE: Shoot, I knew there was something else I meant to include: Minutes and materials from the last Lower 8th Street visioning session. A report will be submitted to the Office of Planning.