peek >> << back
Near Southeast DC Past News Items: dockside
Advertise on JDLand 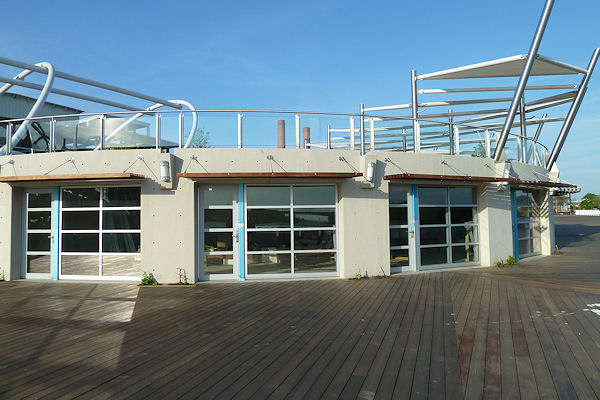 In the wake of what is clearly a very successful venture at the Lumber Shed, there are apparently now early-stage plans for "Due South Dockside," to be housed in two of the "bays" along the Anacostia Riverwalk near the pedestrian bridge in Yards Park.
Due South owner Bo Blair tells me that there will be a "streamlined menu of Due South's best items," along with frozen drinks, beers, and wines and a kids menu (presumably not including beers and wines).
An April 2017 opening date is being targeted. But I will note that there is apparently not yet a completed agreement with Forest City, as an inquiry to them about the plans was greeted with the standard statement about the company not commenting on any potential deals until a lease is signed.
The early plans were presented to ANC 6D's ABC committee earlier this week, and my understanding is that the committee voted to support a liquor license for the project.