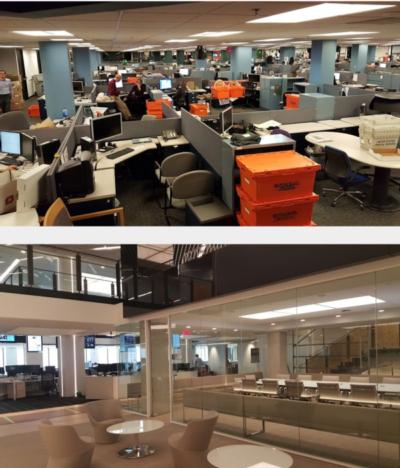 I know it's been pretty silent around here, and will probably be that way for a few more days. I'm just continuing to be knee-deep in the Post's move from its 15th Street location to the spiffy new digs at One Franklin Square.
If you spent any time on social media on Wednesday, you were probably hard pressed to avoid the avalanche of photos and videos and updates from the newsroom's "decommissioning" celebration (some of which I took/shared), but it really was a nicely done send-off that deserved the saturation coverage. (Be sure to watch the video here looking back at the old building and at how newspapers used to be produced, including lots of Watergate-related memories.)
Even as a relative newbie at the Post compared to some people (I've only been there 18 years, while the reigning longtime employee, Marty Weil, arrived in November 1965), there's certainly wistfulness about all of the memories, but there's no getting around the fact that that space had long outlived its ability to keep up with the times. And so we will now be in a state-of-the-art space, befitting the parallel change from being a newspaper to being a news/media company. 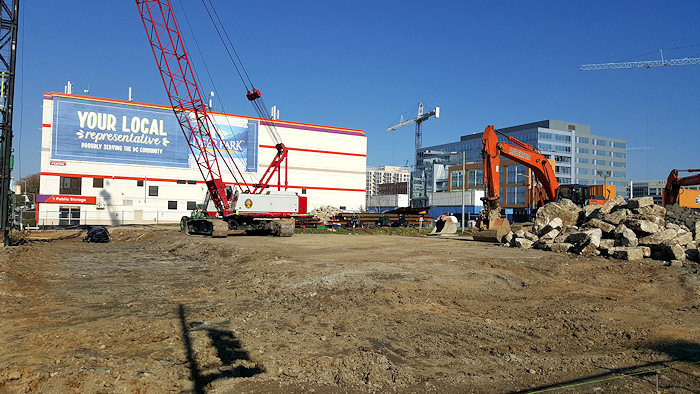 In the meantime, at least there doesn't appear to have been much news in the neighborhood, though I did at least take one photo lately, of the clearing progress at 1244 South Capitol. So I'm not completely useless.
Continue talking amongst yourselves, and hopefully normal output will return here before too much longer. (Except then there's that new Star Wars movie coming out, and then Christmas, and and and...)