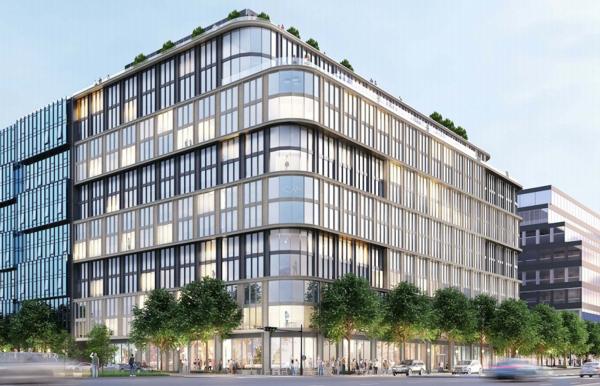 Late last week the developers of the apartment building at Half and I known as One Hill South filed with the Zoning Commission initial documents for a required design review for the project's second phase, a 300ish-unit C-shaped building fronting South Capitol Street.
While the existing 383-unit building (One Hill South One?) has about 22,000 square feet of as-yet-unspoken-for retail space, the developers (Related Companies and Ruben Companies) are not currently planning to use any of the second building's ground floor space for retail, unless the demand for retail along South Capitol Street increases in the future.
There is an alley (or, shall we say, "private drive") that separates the two buildings, but the new building will be built with connections above the drive, as shown in the rendering below as seen from K Street, which is paired with a shot of the alley/private drive from a somewhat similar angle. 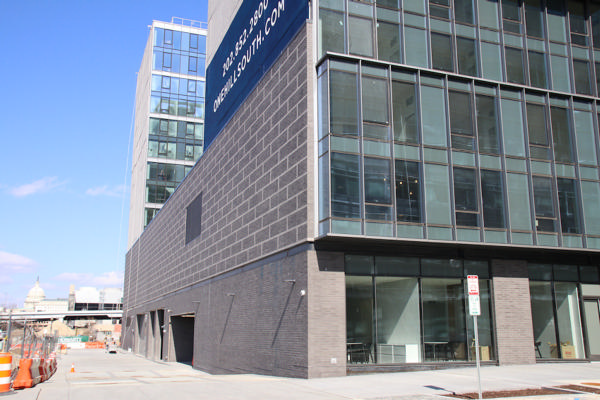 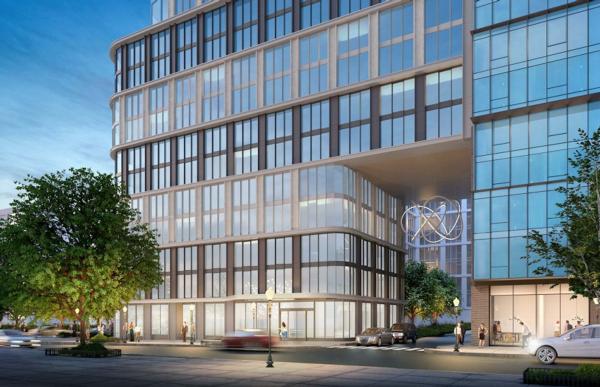 The new building will have approximately 190 below-grade parking spaces, accessed via the existing ramp in OHSO.
It is designed by Eric Colbert and Associates, and Morris Adjmi Architects.
ANC 6D will be taking up the proposed design at its December meeting on Monday, while a Zoning Commission hearing date has not yet been scheduled.