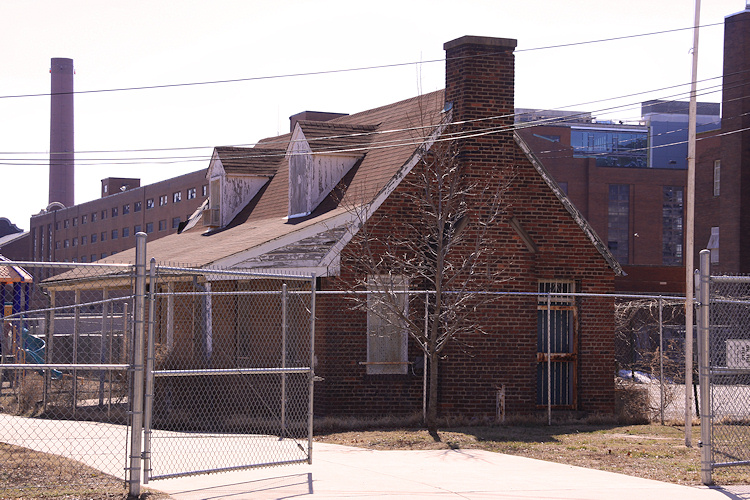 Arriving in the inbox this morning is notice that a historic landmark nomination application has been filed for the Lincoln Playground Field House, one of the little red brick buildings just to the east of Van Ness Elementary on L Street, SE at the Joy Evans Recreation Center site.
It was built in 1934, and the application's "Statement of Significance Summary Paragraph" (page 10 of 30) is probably the best place to go for the explanation:
"The Lincoln Playground field house qualifies for listing in the National Register under Criterion C as a good example of the city's recreational buildings, designed according to an established building type during the tenure of Municipal Architect Albert Harris (1921-1933). The field house, designed in the Colonial Revival style followed a standard plan for field houses from that period. The Lincoln Playground field house remains a notable example of its type and is the product of Municipal Architect Albert L. Harris, whose work is closely identified with civic architecture in Washington, D.C. Furthermore, it is the only example of this type located outside of NW Washington -- in this case, located in SE -- the only example constructed entirely of brick, and the only example constructed on a "colored" playground during the period when Washington playgrounds were segregated. It is also one of two examples of this type constructed as a Civil Works Administration project. 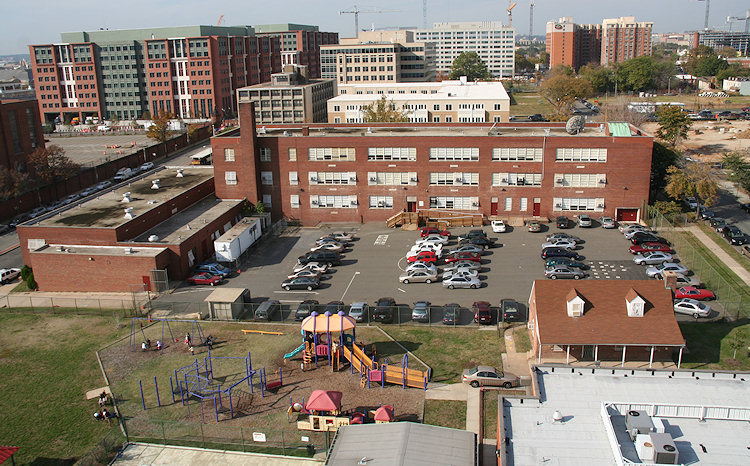 "The Lincoln Playground field house retains its integrity of location, setting, design, craftsmanship, materials, feeling and association. The field house is a purpose-built recreational structure of the District of Columbia; it was constructed according to an established design model and embodies characteristics illustrating the evolution of recreational architecture in the District; it stands on its original site; and it retains its original building massing and materials."
There's considerable additional detail in the filing, if you are looking for more. Note that the other two smaller red brick buildings surrounding the playground are not part of the application.
The application was filed by Kent Boese on behalf of "Historic Washington Architecture," the same group that prepared a similar application in 2011 for the Market Deli at 1st and L, which was eventually rejected.
This now goes through the city's landmarking process. The fact that this was filed at about the same time that the plans are going forward for renovating Van Ness Elementary right next door would seem to be more than a coincidence, but I have no background on this yet. Once an application is accepted by the city's Historic Preservation Office, the building becomes protected, and no building permits can be issued for the building until the Historic Preservation Review Board votes on the application.
(In case you're wondering, the overhead photo showing the building in question at lower right was taken in 2007 from the roof of the Old Capper Seniors building, just before it was demolished.)