1 Blog Posts
Nov 23, 2016 5:42 AM
Wednesday Tidbits: Pre-Turkey Day Offerings
I'm going to try to get back into the tidbit biz to make up for my generally decreased output (except for the past few days!). We'll see how it goes, and it also means I have some catching up to do, so apologies if some of these are old news to you. 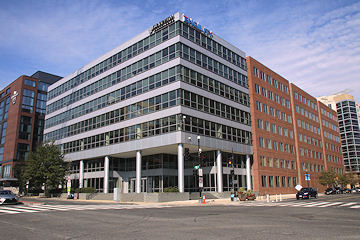 *I WORK, YOU WORK, WEWORK: Co-working provider WeWork has signed a 69,000-sf lease at 80 M St. SE. (Bisnow)
* NATS PARK DIGITAL SIGNS: This has been brewing for a number of weeks, and has been discussed in the comments threads, but some may still be unaware of the plans by the Nationals to install 10 large digital billboards on the ballpark's exterior. The Hill Rag wrote about it in detail in October, and last week ANC 6D's Andy Litsky offered this blistering testimony in opposition to the DC Council's Subcommittee on Urban Affairs. UPDATE: Oops, I guess the initial subcommittee vote was last week, a 4-1 approval. Washington City Paper has more on the controversy.
* COMMUNITY CENTER BACKSTORY: Capitol Hill Corner writes of how the new Capper Community Center had and then lost plans for an operator for the new building, and what it means for the center at this point.
* ANACOSTIA RIVER TRAIL EXTENSION: Back at the end of October, the stretch of the Anacostia River Trail from Benning Road to the DC/Maryland line officially opened, providing not only another five miles of trail offerings within DC but creating an all new gateway to the large Anacostia Tributary Trail System. (WashCycle)
* WSJ ON THE HOOD: If you have a Wall Street Journal subscription, here's their recent piece on the explosive growth of the neighborhood.
* CHANGING HANDS: I totally meant to mention back in July that the Empire Cab building at 37 L St. SE was sold for $6.7 million, according to WBJ (scroll down). This building, as I wrote a number of years ago, was the site in 1977 of a terrible fire where nine people died. In other changing-hands-news, a little birdie tells me that the land held by Akridge along 1st St. SE between K and L that was put on the market earlier this year is now under contract to a residential developer. I imagine we'll find out more when the sale closes in coming weeks.
Happy Thanksgiving to all.