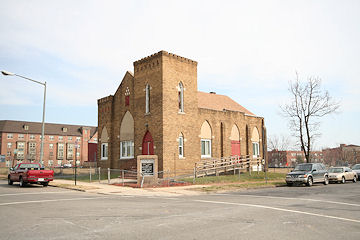 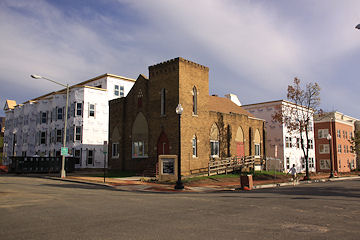 I played cat-and-mouse with the clouds today and took some photos of the progress in the third block of Capitol Quarter, where the townhouses have sprung up pretty quickly over the past six weeks, meaning that St. Paul's Church at Fourth and I (above) and the private homes along Fifth Street are no longer the lonely outposts they've been since late 2004.
So that your computers (and my server) don't collapse, here are the (separated) links of these new befores-and-todays, which take you on a walk around the block: Fourth and Virginia, Fourth and I, Fourth and K, Fifth and K, and Fifth and Virginia. You'll also see on the northwest corner of Fourth and I that the concrete foundations are now being poured for the fourth and final block of Capitol Quarter's first phase.
It will be five years ago next week that the demolition began on the blocks where all these new townhouses are going up; paging through the photos I took during November 2004 while the wrecking crews worked, it in some ways seems a lot longer than that. The eastward view along K at Fourth is a pretty good representation of what these blocks have been through: 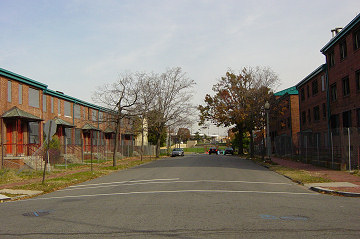 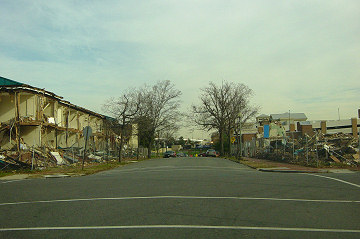 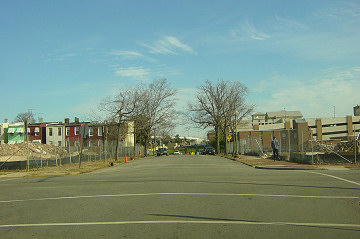 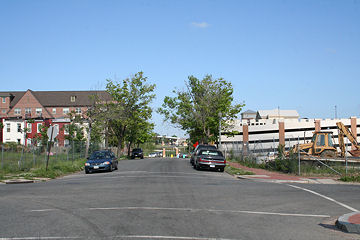 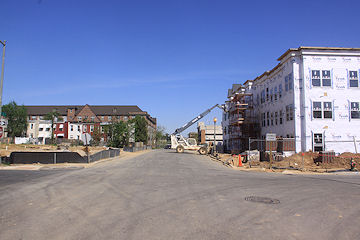 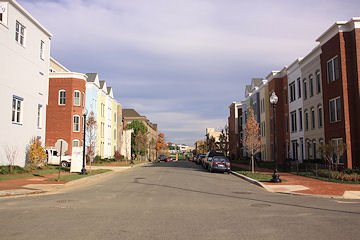 See the whole batch here; you can click on any

you see in the archive or use the Photo Archive Map Browser to track the fall and rise of any other location.