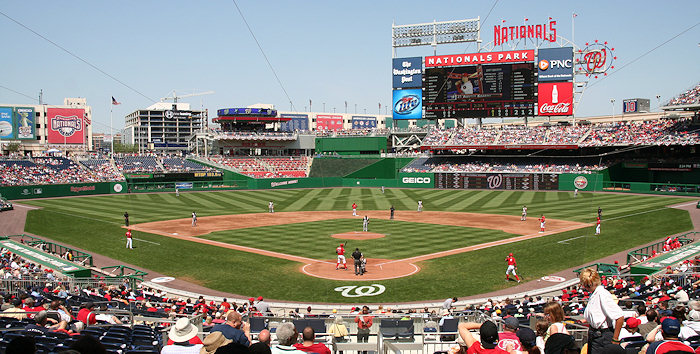 Would any of us who came to Nats Park in the spring of 2008 have believed it would take "only" 12 seasons for the World Series to come to South Capitol Street? And yet, here we are, mere hours away from what is probably the most historic happening in the annals of {insert preferred neighborhood name here}.
And, much more so than other "big" sporting events at the ballpark, like the All-Star Game in 2018 or the NHL Winter Classic in 2015, it is likely that the neighborhood will be a big destination for people even if they have little chance of getting through the gates. There are watch parties planned at the Yards Park on for Game 3, moving to "The Yards Lot" (aka Spooky Park) at New Jersey and M SE for Games 4 and 5IfNecessary. There are also a boatload of specials at the neighborhood's various food and drink establishments (scroll down this page to see the list). Be prepared for the influx--and watch out for the road closures and Emergency No Parking Signs.
It will be an exhilarating and exasperating next few days, but hopefully by the end of the weekend the World Series trophy will be hoisted in this little neck of the woods. Who'd a thunk it.
(And the JDLand camera is going to be there. Which is also pretty cool.)