1 Blog Posts
Oct 1, 2015 1:41 PM
More Tidbits: Van Ness Fundraising Via Teeter, CSX 'Hood Guide, Truckeroo
A few more tidbits to pass along after the multiple head smacks I visited upon myself upon realizing I should have included them yesterday: 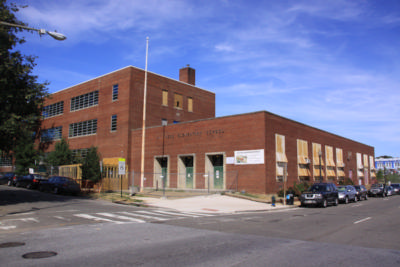 * VAN NESS AND TEETER: If you'd like to support your old/new neighborhood elementary school while shopping at your still-sort-of-new neighborhood grocery store, you can participate in Harris Teeter's Together in Education program by linking your VIC card to Van Ness Elementary by using the account number 3472, either by telling a cashier or using an online Teeter account. Then shop for the various Teeter house brands and Van Ness will receive 5 percent of your purchase prices. (And you can link up to five schools to one VIC card if you have multiple loyalties.)
* NEIGHBORHOOD GUIDE: CSX announced late last week that it launched a Neighborhood Guide web site for the Barracks Row and Capitol Riverfront neighborhoods, in order to "promote area businesses to the hundreds of construction personnel and project staff who will be working in the neighborhood during the 30-42 month tunnel-reconstruction project."
* TRUCKEROO ENCORE: The Fairgrounds folks have added one more Truckeroo food truck festival to the 2015 calendar, on Friday, Oct. 9 from 11 am to 11 pm. Hopefully it will have stopped raining by then.
* CRIME FEEDS: You may have noticed that the crime reports on the JDLand home page have gone silent of late--MPD apparently transitioned to a new back end, which has resulted in reformattings of both the e-mailed and downloadable reports that I had spent numerous hours building parsers for, so now I have to rewrite those. At least I get three hours of most every day back after Sunday....