1 Blog Posts
Sep 28, 2014 11:33 PM
Fence Peeking, Part I: Vertical Construction at Lofts, Arris, Hampton Inn
As a public service, I bring you the latest views behind some neighborhood fences. And on some neighborhood fences. And even behind some glass.
In fact, there's so many fence-related photos of note that I've broken up all this fence news into multiple posts, so that you don't miss a single fence-related factoid.
(All photos can be enlarged by clicking on them) 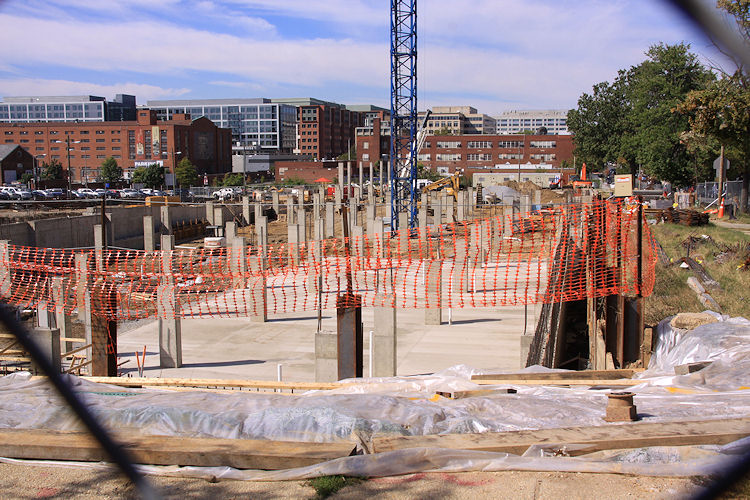 Let's begin along L Street west of 7th, where concrete is sprouting for the Lofts at Capitol Quarter, the 195-unit mixed-income building being built by the DC Housing Authority on the older Capper Seniors site.
The footprint is on a decent-sized hill, so what's two levels underground on the project's east end is more or less ground-level at the west end. 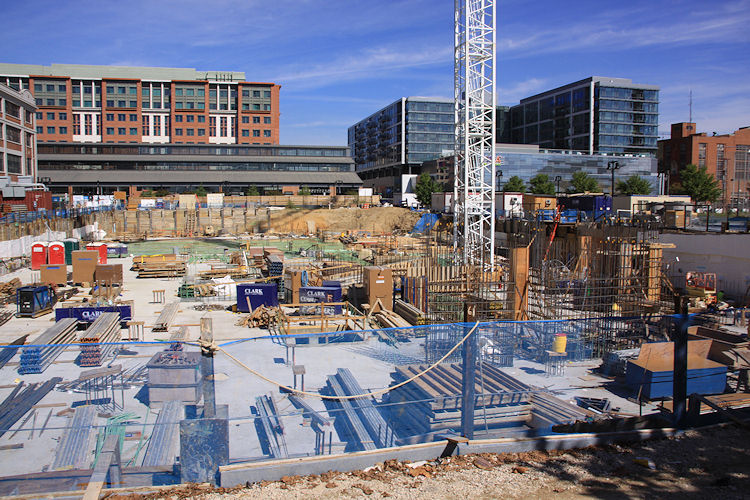 Over at Arris, the 325-unit residential building along 4th Street south of Tingey in the Yards, there's an awful lot of square footage to build up, but progress toward ground level is being made. 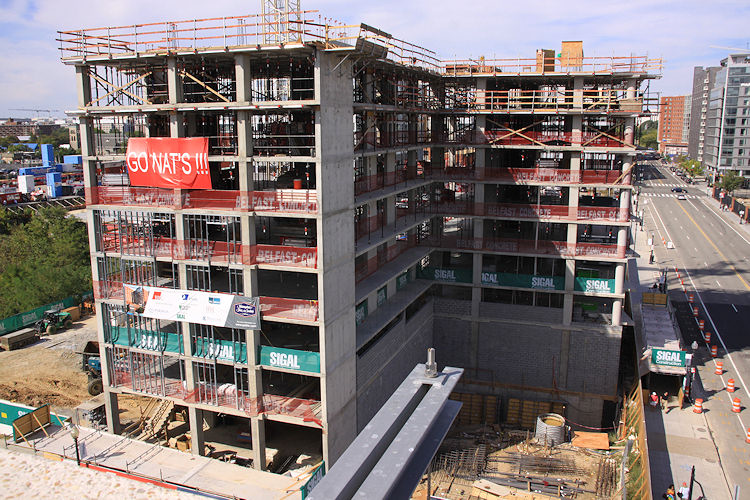 And the showiest construction these days is the Hampton Inn on the northwest corner of 1st and N. It's even visible now from certain spots inside the ballpark, and here takes up a good chunk of the view northward from Nats Parking Garage C.
(The "Go Nat's" signage has brought much mocking on Twitter from the Apostrophe Police, and hopefully that will be rectified before long.)
Next up: Site work that is (and isn't) happening behind neighborhood fences.