1 Blog Posts
Sep 23, 2015 11:29 AM
A Very Multimodal Lineup of Upcoming Public Meetings
Some transportation-related meetings are on the calendar for next week that may be of interest to neighborhood folks: 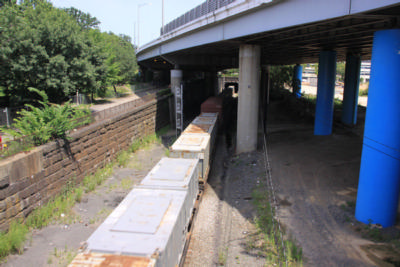 * DC STATE RAIL PLAN OPEN HOUSE: The project to create an official "State Rail Plan" (ahem) for DC is kicking off, and DDOT is holding an open house on Monday, Sept. 28 to "introduce the plan to the community." This rail plan is a requirement for any state (again, ahem) wishing to be eligible for grants and other federal financial assistance, and is going to focus on "passenger and freight rail infrastructure shared by CSX, VRE, MARC, Amtrak, and Norfolk Southern." The intent is to have a completed plan that will provide a high-level strategic framework, goals, and objectives to leverage the District’s rail network for continuing economic competitiveness and quality-of-life investments while also addressing ongoing concerns about rail safety and oversight."
The open house will run from 5:30 pm to 7:30 pm at Friendship Public Charter School-Chamberlain Campus, 1345 Potomac Avenue, SE. This start time is 30 minutes earlier than originally announced, because....: 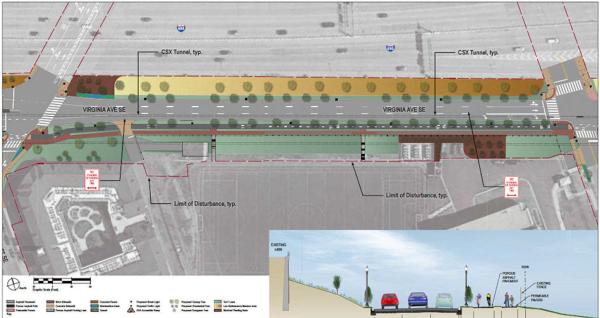 * VIRGINIA AVE. STREETSCAPE RESTORATION REVIEW MEETING: Also on Monday, Sept. 28, beginning at 6:30 pm at 200 I St. SE, a joint meeting by DDOT and ANCs 6B and 6D will go over CSX's draft plans for rebuilding Virginia Avenue once construction is complete on the Virginia Avenue Tunnel. The first 30 minutes will be an open house, and then presentations and discussions will begin at 7 pm. There will also be a special public meeting of DDOT's Public Space Committee about the plans on Nov. 12.
(And then maybe for Christmas we can pitch in and get DDOT a group calendar, to perhaps avoid in the future scheduling two meetings with a very similar audience on the same night at nearly the same time in not-particularly-adjoining locations.)

* CIRCULATOR STOP CONSOLIDATION MEETING: On Wednesday, Sept. 30, DDOT is having a public meeting to talk about possibly consolidating some stops on the Union Station-Navy Yard line "to improve on-time performance and reliability." The only south-of-the-freeway stops on the potential chopping block are the ones at 4th and M SE in both directions, with the 6th and M stops being the closet ones to use instead. (The announcement gives the full lineup.) The meeting is from 6pm to 8pm at the Southeast Neighborhood Library, 403 7th Street SE.
* CSX'S "COFFEE WITH CHUCK": If you want to go for the 72-hour quadfecta of transportation sessions, there's also the next edition of CSX's monthly meetings with the community to discuss the Virginia Avenue Tunnel project, on Wednesday, Sept. 30 from 8 to 9 am at the Courtyard by Marriott at 140 L St. SE. Items that might be up for discussion include the coming closure of the 300 block of Virginia Ave. (in "early October") and also the temporary closures of 4th Street SE from just north of the I-695 underpass down to I Street from 9:30 am to 3:30 pm this week and probably into next week.