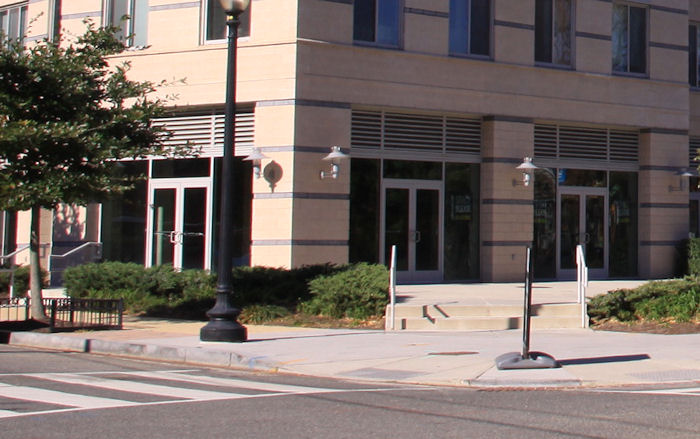 There's been enough traffic on Twitter and in my inbox to make mention of the subtle changes in recent days and weeks on the northwest corner of New Jersey and K, where the empty retail space in the 909 New Jersey apartment building has sat since 2009.
The For Lease signs that have been in the windows have come down, and there's fresh landscaping around the terrace in front of the space.
ANC Commissioner David Garber has been saying that something should be announced soon, but as of now, the powers that be are tight-lipped. Rumors aren't hard to find, though, with one report of an "American bistro" coming.
I don't have anything to hint toward myself, but will definitely be ready to post the second I hear something. (Which, who knows, might be as soon as this post goes up, if someone wants to whisper.)