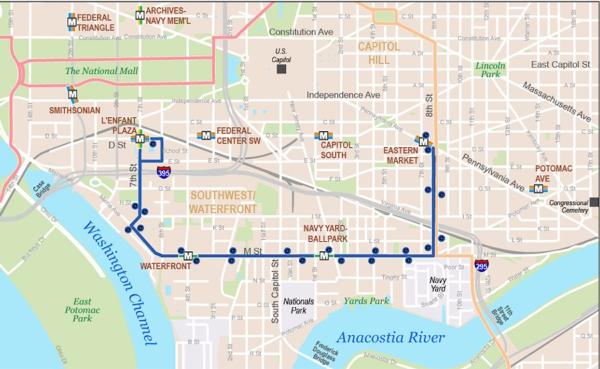 A big change in neighborhood transit arrives today, as the new "Eastern Market-L'Enfant Plaza" (EM-LP) Circulator route begins service. While the new line means riders can no longer take a single bus from Union Station to M Street, or get on/off at 1st and K SE, the tradeoff is a route that connects Near Capitol Ballpark River Yards to the Wharf and then continues up to L'Enfant Plaza. (And then comes all the way back, of course.)
It runs from 6 am to 9 pm on summer weekdays, and 7 am to 9 pm on summer weekends, with hours extended to midnight on days of Nationals home games starting at 6 pm or later.
(As for special routes and service on DC United game days, this is going around Twitter, but I don't see it on the Circulator web site. It would apparently detour down 1st Street SE to Potomac Avenue, then back up Half Street SW.)
As always, rides are $1, with various age-based, transfer-based, and payment type-based discounts.
Meanwhile, on Monday DDOT is "beginning roadway improvements along M Street SE from First Street to 7th Street SE." This will be milling and paving, and will be done between 8 pm and 5 am "to mitigate impact on traffic in this busy corridor." Like on shiny new bus routes!
And now I think it's probably time to head back into tidbit mode, unless big news breaks. Watch the bottom of this post for updates, but here's two tidbits to start that you might not have seen:
* An interesting article on the new Douglass Bridge's design and planned construction from an engineering standpoint.
* With all of those photos I took last week, it was time to update the Sliders, and I also took the opportunity to add a bunch of new angles to the Slider lineup. I can't embed them here, but here are screenshots that you can click on to see the sliding in action. Or you can scroll down through all 35 sliders that I updated/added, as well as browse the full archive. 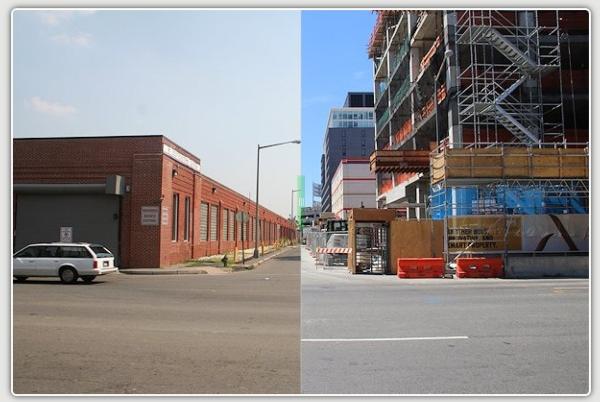 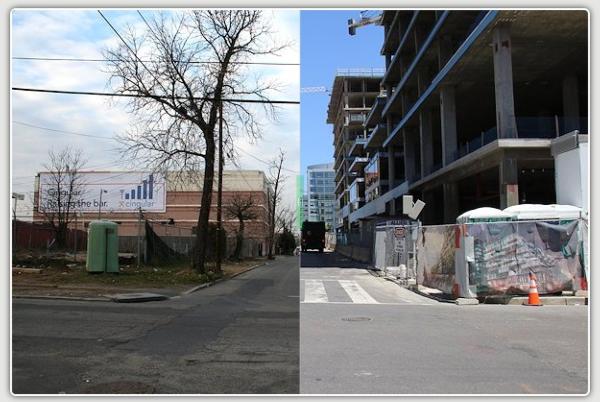 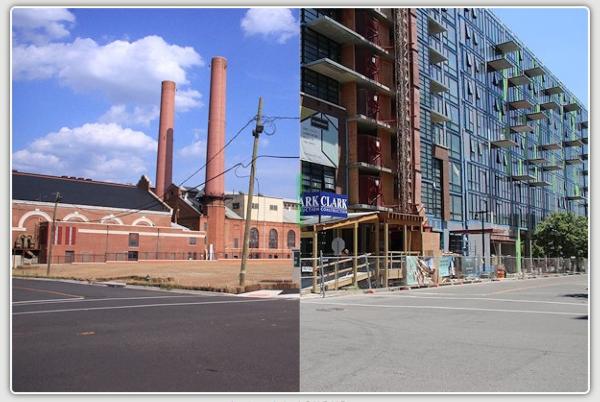 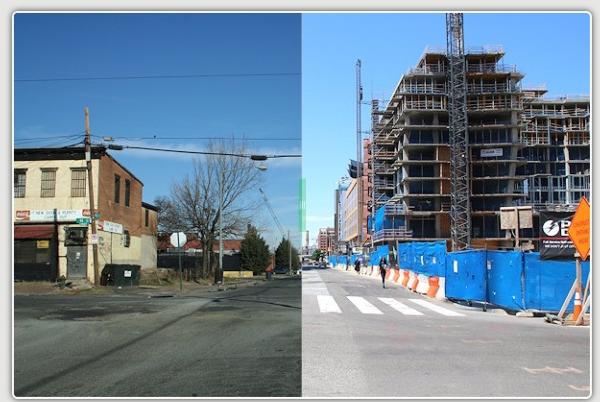