1 Blog Posts
Apr 19, 2012 10:02 PM
Photos: Up High at Nationals Park, Looking Out
While much of my time on Opening Day each year is spent racing around getting pictures of the festivities, it's equally important to me as the first time after a multi-month lull that I can go to the various viewpoints on the upper deck and get updated photographs of how the ballpark's immediate surroundings have changed. 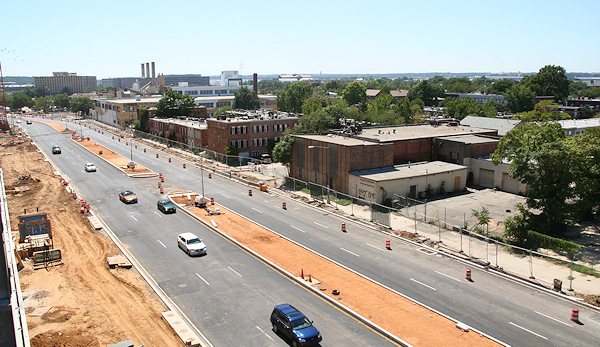 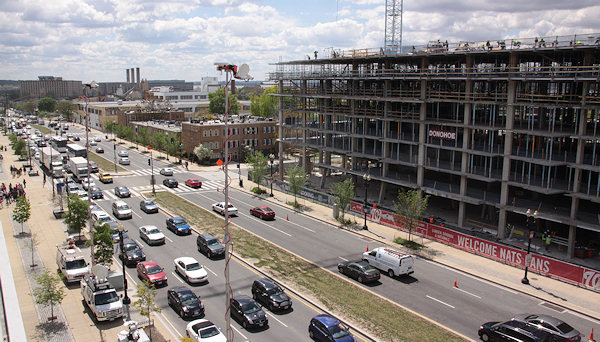 On the ballpark's western side, overlooking South Capitol Street, there's now the Camden South Capitol apartment building rising out of the ground, more than four years after the lot was cleared in preparation for construction. While technically this new 244-unit building is outside of my boundaries, I've taken enough photos of the western side of South Capitol Street over the years to maintain a pseudo-project page, where you can get the basics on the development and some before-and-afters but where I'm not going overboard in documenting the building's arrival. The photos above were taken from the ballpark's northwest viewing platform, and you can see the other images I've taken from that perch since my first visit there in September 2007.
If you want some additional views to the west, I have a series of before-and-afters from the small opening at O Street near the elevators, including these looking straight out O: 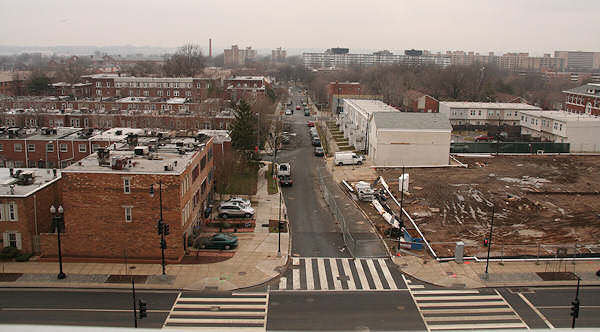 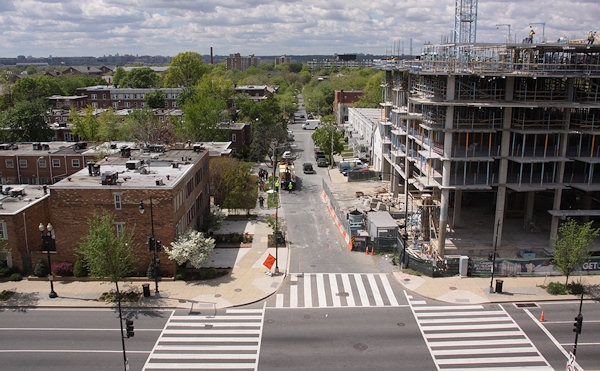 Meanwhile, on the ballpark's south side, there's two changes since last summer worth getting photos of: the completed Riverwalk bridge between Diamond Teague Park and the Yards Park, and the clearing of the Florida Rock site. And, since my 2007 "before" shots are from the time that Potomac Avenue and First Street were being reconstructed, and long before the waterfront started getting spiffed up, the transformation is pretty striking, though you can tell that I had my wide-angle lens in 2007 but had to settle for stitched-together images this time:

You can browse my many variations of these before-and-after Anacostia River views, both to the southeast and to the southwest. And, note at the top of these pages the links to other "on high" photographs from various rooftops around the neighborhood.
(PS: Apologies for the site's extended outage on Thursday--a botched move by my hosting company to upgrade the hardware of my shared server resulted in what to you was a nearly seven-hour outage but to me was the equivalent of a couple of ice ages.)