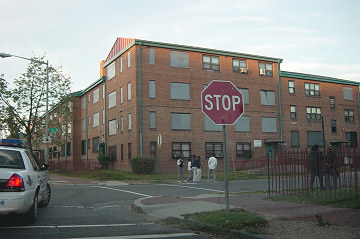 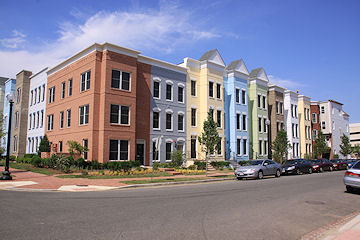 It's a real milestone in the redevelopment of Near Southeast to report that the entire stock of townhouses for sale at Capitol Quarter has now sold out.
The first reservations for units were taken in October 2006 (remember the people camping out?), construction began in summer 2008, Phase 1 finished construction and Phase 2 reservations began in 2010, and now, with construction underway on the last group of houses on L between 3rd and 4th, the finish line for the project is not far away.
The development has been the third phase of the Hope VI redevelopment of the old Capper/Carrollsburg public housing project, replacing the old housing with nearly seven blocks of brightly painted rowhouses, containing not only 130ish market-rate townhouses (a few of which have broken the $1 million barrier) but also 90ish special workforce-rate houses for smaller incomes, in addition to nearly 90 subsidized rental units. 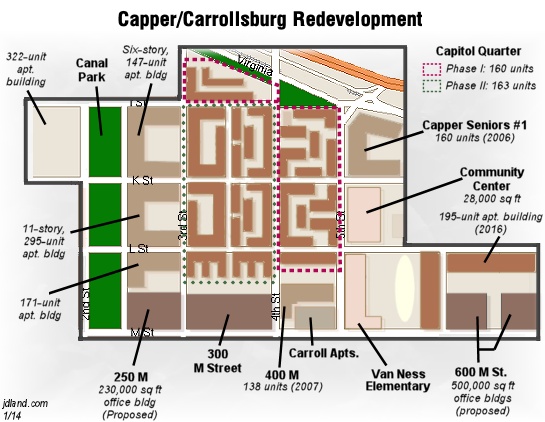 Those units, combined with the 300 built at Capper Seniors #1 and 400 M Street, mean that more than half of the 700 units in the old Capper have now been replaced. The rest are slated to come in five mixed-income apartment buildings, located on the west side of 3rd Street, on L Street south of the Marine Bachelor Enlisted Quarters, and on the DPW/trash transfer station site at New Jersey and K. No timelines have been announced for any of the remaining buildings, but you can see on my main Capper page a map with estimated unit counts for each.
I've taken a lot (a LOT) of photos of the Capper footprint since 2003: my Capitol Quarter Phase 2 and Phase 1 pages give a good overview, or you can just pick a spot along 3rd, 4th, or 5th Streets in my Photo Archive and take a look. 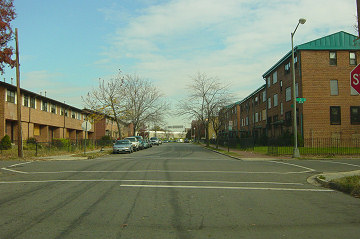 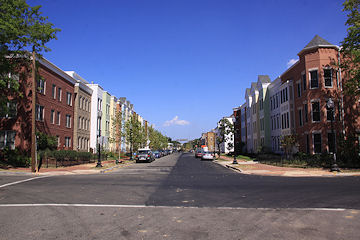