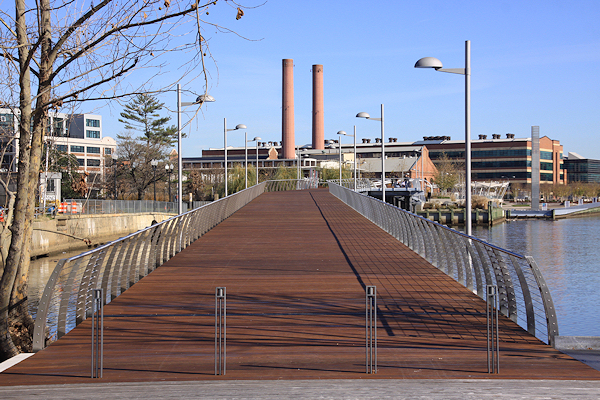 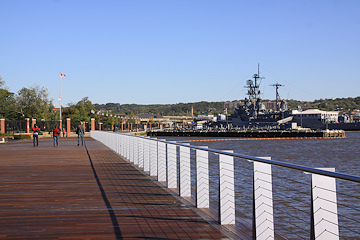 What a gorgeous spring day we appear to have on tap today! Wouldn't it be a lovely day for a nice stroll along a riverfront? Near Southeast, Southwest, and Capitol Hill denizens (plus a lot of the #bikedc crowd) are familiar with the neighborhood's portion of the Anacostia Riverwalk Trail, but now that the bridge between the Yards Park and Diamond Teague Park is complete, giving the main portion of the trail a connection to Nationals Park, non-residents should get a reminder to experience what is a path unlike any other in Washington.
So I've put together a new page covering the Anacostia Riverwalk Trail (Near Southeast Portion) that acts as a sort of virtual walk along the river, from 1st Street SE to the 11th Street Bridges and a little beyond. (If I weren't so lazy, I'd take on the entire trail, but maybe later.) There's also a few before-and-afters to remind people of how far the trail has come in a relatively short time.
A lot of the photos on this new page may be familiar from my other project pages, but I think it was worth it to give this amenity its own home. And there should be some updates over the next few months as the 11th Street Local bridge is opened and the work begins on the portion of the trail that runs beneath the bridges, not to mention the paths on the new bridge itself that will make for an even easier link to the trail's eastern side that runs through Anacostia Park. And I'll try to get some newer photos of the section from 11th Street to the Sousa Bridge, and perhaps beyond.
In the meantime, browse the photos or, even better, get down there and take a walk.