1 Blog Posts
Feb 27, 2012 11:34 AM
Photos from All Over, Feb. 2012 Edition
Take a gorgeous Sunday, add an obsessive-compulsive need to document all the change underway, and what do you get? Nearly eight miles of walking and a shameful number of new photos. 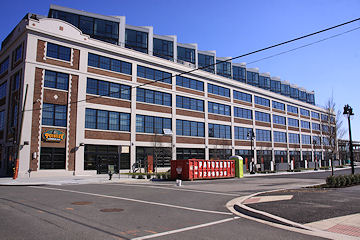 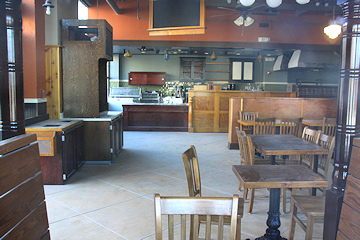 The Foundry Lofts building is all but done, with only the retail spaces left to be built out, so I took a bunch of "after" photos that will probably last for a while. But that new Potbelly sign sure stands out! I also pressed my nose against the glass to peek inside the sandwich shop's space--it sure doesn't look far from opening. 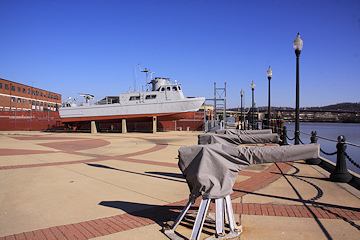 Embarrassingly, I haven't had a camera in hand on the Navy Yard's portion of the Anacostia Riverwalk since 2004. (I'm always worried they're going to toss me in the brig as a security threat, especially after a run-in a few years back where I was chased down by both a gate sentry and the DC police after taking photos of the Hull Street gate from across M Street.) But I pushed forward yesterday and got a bunch of new shots that I've added to my Navy Yard page, taking care to demonstrate to the many security cameras that I was photographing the river and not the installation. (Don't miss the especially cool before-and-after of the gate to the Yards Park.)
I will probably be creating a separate Riverwalk page before too long, but not today. 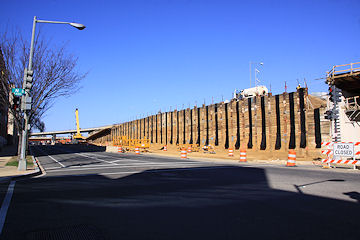 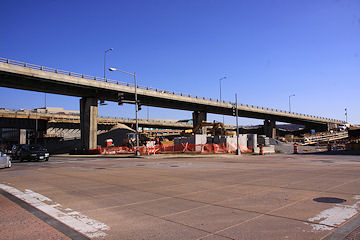 Along 11th Street at N and M, photos are more notable for what's not there anymore, as the demolition of the embankment for the old outbound RFK ramp is done, and the path of the new ramp from M Street for traffic headed to the outbound 11th Street Bridges freeway traffic becomes more obvious. Also see this picture of the work on the 11th Street Local bridge, showing the demolition of part of the old outbound bridge approach, which has to be done before the new local bridge can hook up with 11th Street. (You can see it as well in my O Street before-and-afters, if you figure out what to look for.) Check my 11th Street Bridges photo page for more images. 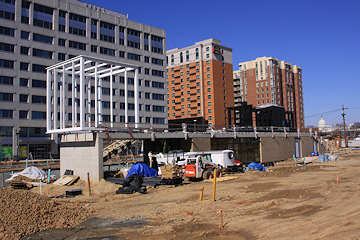 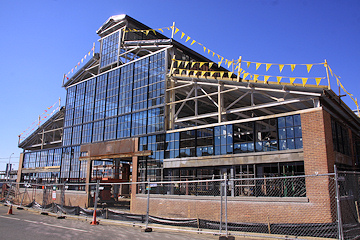 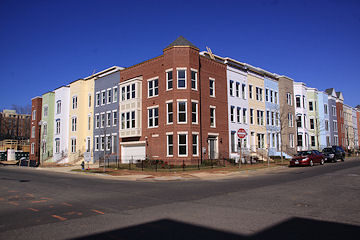 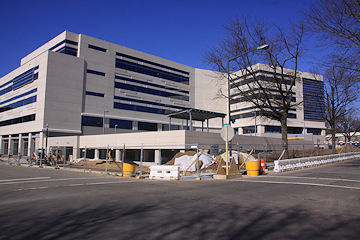 Then there's Canal Park, where I mainly took some new photos of the pavilion under construction near M Street, since photos of digging and ground work don't quite rise to the level of "interesting." I also hit most of the angles for the Boilermaker Shops, as well as for Capitol Quarter Phase II, where the security guard expressed concern about my actions (I need a laminated Photography Approved card or something). And I wandered the 225 Virginia/200 I perimeter.
If you're a glutton for punishment, you can browse the 267 pictures from this trek that are now in my Photo Archive, using the