Even in my semi-retired state, I'd like to believe it is still worth noting that Saturday marks the 10-year anniversary of my first real photographic excursion* south of the Southeast Freeway, when on lark on a cold Sunday afternoon I had my husband drive me around while I took some furtive shots with an early generation digital camera.
There was no rhyme or reason to the pictures I took, and there certainly was no grand plan that I'd spend the next decade amassing more than 60,000 additional photos** of the changes and events along the path of Near Southeast's redevelopment. 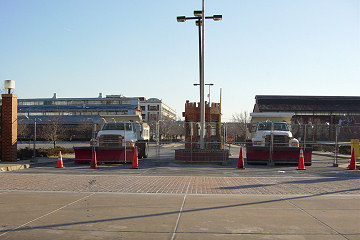 All I knew was that were some plans to redevelop the neighborhood, especially the areas along the water as well as the public housing project a few blocks south of my house. I thought it would be cool to have some "before" photos, especially having watched other areas of the city change so radically from what I had first remembered as a high schooler and then college kid in the 1980s, venturing to the original 9:30 Club or the Tiber Creek Pub. I put a few of them up on my web site (already called JDLand, I'll have you know), mainly so that my dad could see them. 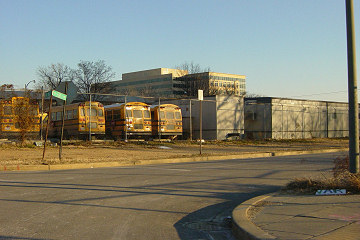 When I took these pictures, the notion of a baseball stadium anywhere in DC, let alone on South Capitol Street, was still thought of as a "maybe someday" dream, not anything that was actually only five years from opening. There was no hulking US Department of Transportation on M Street, and no public access to the entire 55-acre Southeast Federal Center with its long stretch of Anacostia waterfront. There were no parks, though there were school buses! And there were certainly no brightly colored townhouses selling for hundreds of thousands of dollars. 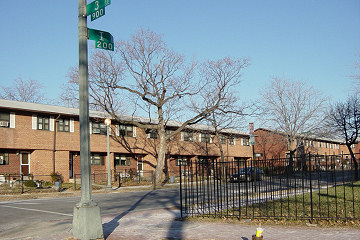 There were a couple of new office buildings built a few years earlier when NAVSEA moved to the Navy Yard, and one additional one was under construction. There was a banner announcing a coming shiny new apartment building at New Jersey and K, which my husband and I laughed at every time we saw it--who would ever want to live THERE?.
There were a lot of small businesses, a number of carry-outs and market/liquor stores, four gas stations, concrete plants, auto repair garages, warehouses, Metrobuses, and of course nightclubs, gay and straight. And a lot of trash-strewn empty lots. 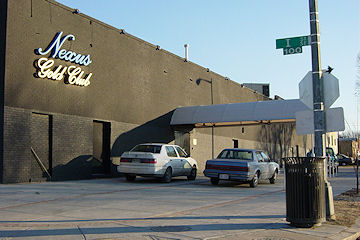 I look now at the photos from those early years, and it just doesn't seem like it can really have been 10 years. I remember when the boarded up gas station at 3rd and M was demolished in October 2003, thinking "FINALLY!"
I remember working up the courage to go to public meetings, and feeling like a dingbat trying to explain who I was ("yeah, so, I have this web site, and I, like, take pictures and stuff?").
I remember walking around the neighborhood for hours on Sunday mornings in 2006 and 2007, rarely crossing paths with another human. 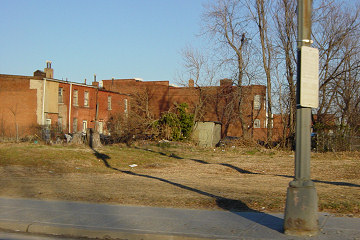 I remember the exhaustion of the all-details-blogging about the construction and opening of Nationals Park, especially at the end of 2007 and beginning of 2008. I laugh about how my fraidy-cat tendencies were shoved aside while I traipsed around the site in a hard hat (me! in a hard hat!), sometimes climbing rickety ladders, to get to spots where the best pictures would be had.
I think about how it seemed like the documenting of the stadium's birth was the main subject of this site, and yet I realize that I've now written about the neighborhood for almost as long with the stadium open as not. 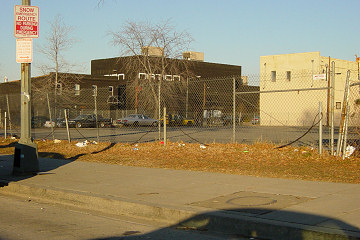 I imagine I should have some grand What It All Means theory, for the neighborhood, or for "citizen journalism" or "hyperlocal blogging," or my life, or whatever. But, mainly I'm lucky that the stars aligned to have this particular neighborhood undergo such a transformation, in a way that tied in with my history-journalism-photography-web development backgrounds (and my obsessive-compulsiveness).
I do think it's been shown, though, that a project like this isn't as easy to replicate as it might seem (so maybe I did deserve that award!). 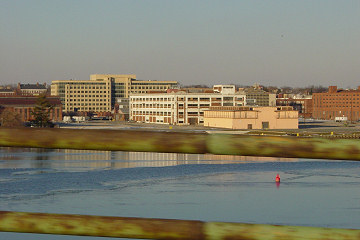 I'm also lucky that so many people have helped me along the way, with information, tips, tutorials on commercial real estate development and construction, and zoning, and urban planning, and all the other things I really knew nothing about before I started down this path.
And I'm really lucky that over the years people who have stumbled onto the site have found it interesting, which is what has pushed me to keep going, even if it's in a somewhat less-than-optimal fashion right now. Because, really, all I wanted was some cool pictures to be able to look back on. 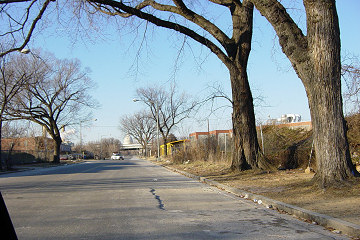 Without getting into detail, my pulling back somewhat has definitely been the right thing to do, and the times when I go days or even weeks without posting aren't really just me being lazy. But the funny thing is, I still research and track all the minutiae the same way--it's just that final step of writing it out that I can't always get through.
I think, though, that 2013 is going to have a lot of the "milestones" that still propel me to post--restaurants will open, other retail may come along, and maybe some buildings will get started. And there still will be pictures to be taken. Because, even if I wanted to, I don't think I could ever really stop watching the neighborhood change, and if I'm going to watch it, and photograph it, I might as well keep blabbing on about it, and might as well share it with anyone still interested.
So go look at the pictures from January 19, 2003 (and all the others that I've put online), since that's what this was really all about. And accept my deep appreciation for being along for the ride.
*I say "real excursion", and date the blog's anniversary to Jan. 19, 2003, because that was the first time I took photos and then put them on the web, and really began this life-consuming project. But I need to note that I did also take some photos of the neighborhood back in the fall of 2000, during the reconstruction of M Street and the Navy Yard's renovation for NAVSEA, with my old film camera--but I forgot about them and didn't even develop the film until sometime in 2004 (hence the rotten quality!).
**Only about one third of the photos I've taken are actually on the web site, by the way.