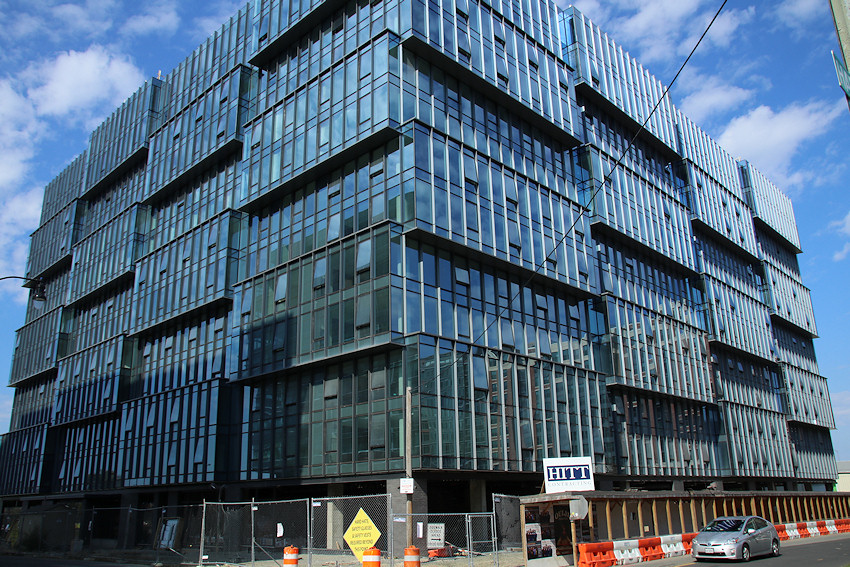 When it comes to the residential project we have been referring to as 909 Half Street, I may have engaged in some gentle mocking throughout its development and construction, given the lack of information released as the building made its way through the pipeline.
But, it has now been revealed that the 380ish-unit building has been christened One Hill South, and even has a new address of 28 K St. SE.
The newly launched official web site announces an "early 2017" opening date, and saying that the rental offerings will range from studios to 3 BRs. (No floor plans or other detailed info as yet.)
As for the retail spaces, no news in that department as yet either.
One Hill South is the first project in DC for Related, and is a joint venture with Ruben Companies. It's the first of two phases of development on the block bounded by Half, I, K, and South Capitol Streets SE.
My project page has the history of the site, from when it was home to Wendy's to when it was bought by JPI to the purchase by Ruben.
Next year is going to be a busy one for new residential buildings, as One Hill South should be joined by F1rst, 1221 Van, Insignia on M, Agora, and the Bixby. (ORE 82 has already snuck in under the 2016 wire.)
So, everyone be nice to the tidal wave of new neighbors about to arrive!