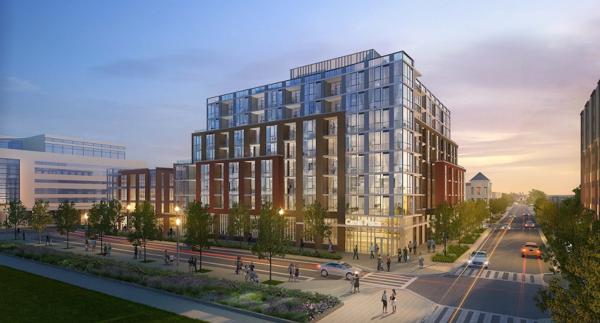 There apparently is a DC Housing Authority "construction progress" meeting tonight at the Community Center at 6 pm.
I don't have more specifics from that, and I won't be able to be there, alas, but I do know that they will be displaying the renderings showing (at last) the designs for the two new buildings planned for Square 767, the block bounded by 3rd, 2nd, I, and K, in advance of a planned zoning filing early next year.
Given that it's been almost precisely one year since the specifics for this project were last discussed at a public meeting, I would prefer to wait for the zoning filing to describe any plans beyond that there will be a condo building by Capitol Quarter developer EYA on the southern end of the block, and a smaller rental building that will be some mix of affordable units and public housing units on the north end.
The above rendering shows both buildings as seen from Canal Park, with the taller condo building at right along K Street and the shorter affordable building at left along I. The drawings below show the block as seen from 3rd and I, in both wide and close-up views, along with the current state of that stretch of 3rd. 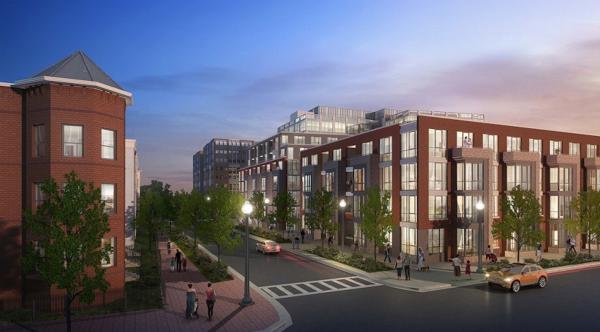 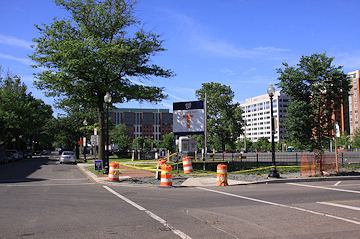 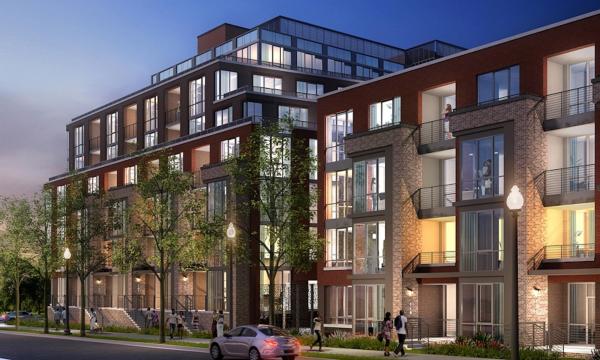 If you have any feedback for the plans, head to the meeting tonight (sorry for the late notice) or contact the Housing Authority, or just sound off in the comments.
And perhaps the meeting will also give details on the timeline for the new mixed-income rental building on Square 769, which is supposed to get underway Any Minute Now. (I'd also wager that the meeting might mention all the spiffy new sidewalks and streetlights around the DCHA lots along 3rd and also at 2nd and K.)
UPDATE: I tossed together an official project page for Square 767, now that there are purty drawings to look at.