Materials filed with the Zoning Commission earlier this month are giving a first glimpse at JBG's plans for 1244 South Capitol Street, on the northeast corner of South Capitol and N, just across from Nats Park's Parking Lot C.
It will be a residential building with 290ish units and about 26,000 square feet of retail, and the renderings indicate that the design by architect Eric Colbert and Hariri Pontarini isn't a "typical" Washington DC box-like building. Images show the building's west side, facing South Capitol Street, with only six floors of height at its middle, allowing the interior courtyard to be open to South Capitol from the 6th floor on up, breaking up the pure U-shape that is so often employed 'round these parts. A few more views (click to enlarge): 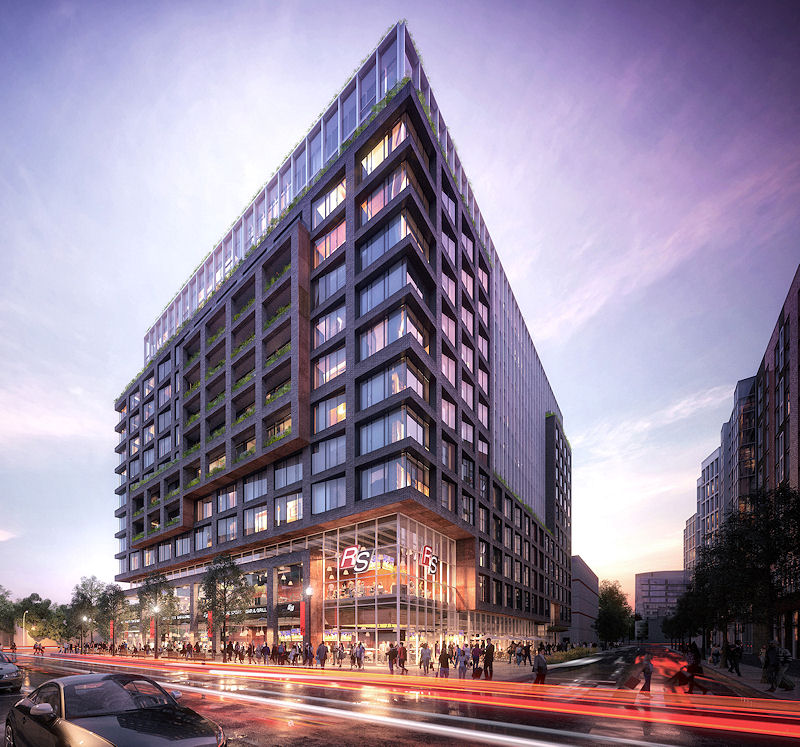 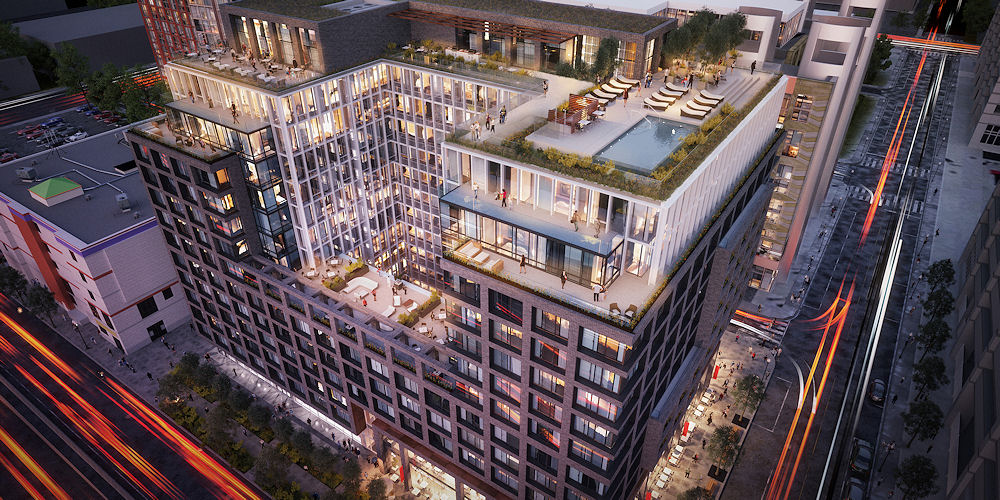 At left is a stylized version of the view that you'd see standing at Van Street one block west of the Center Field Gate, looking toward the big self-storage building and points to the northwest. At right is a closer view of the South Capitol Street facade and the courtyard, upper floors, and roof. (Note that in these three drawings you can see hints of Akridge's proposed Half Street residential building on the perimeter, though that's not appearing to be getting underway anytime soon.) 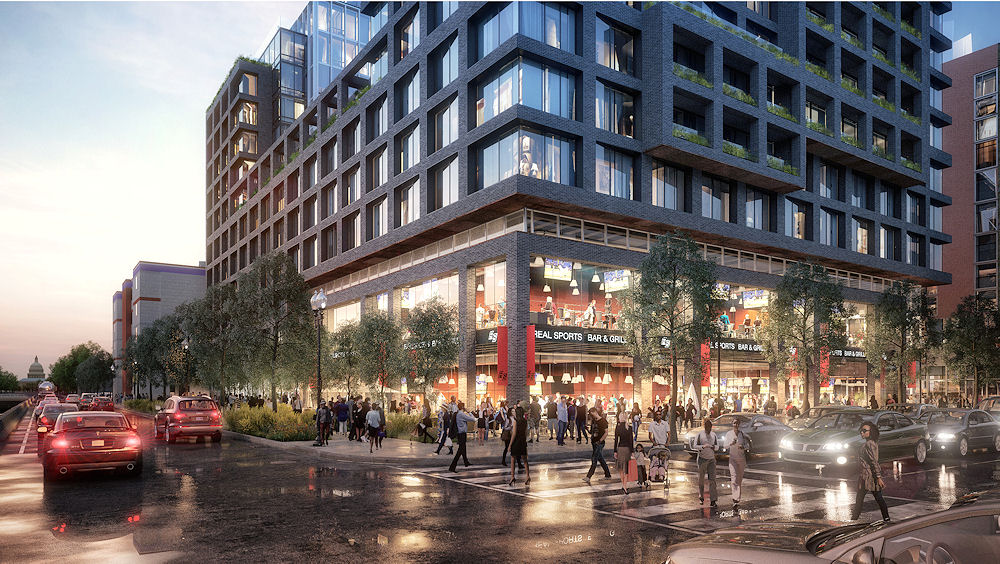 The 26,000 square feet of retail will of course warm the hearts of stadium-goers, and the filing indicates that the retail spaces will wrap around on three sides of the building. This rendering depicting the corner of South Capitol and N (with a certain dome in the distance) shows two stories of retail along both streets, with more ground-floor spaces designed along Van Street.
There would be 176 parking spaces on three levels below ground for vehicles and and 100 spaces for bikes. Residential units would range from studios to 2 BR/den. The courtyard and 6th-floor open space would have plantings and seating areas, while the roof would have a pool, lounge areas, and a bocce court (!). These plans also show "rooftop dining" at the far northwestern corner. (And will residents be able to sneak a peek at games while hanging out poolside? The image up top seems to show an angle for that to work, but it's hard to tell if the entire field would be visible.)
The design will get its Capitol Gateway Overlay District Review hearing on November 13, and it will be interesting to see how the Zoning Commission members react to the design.