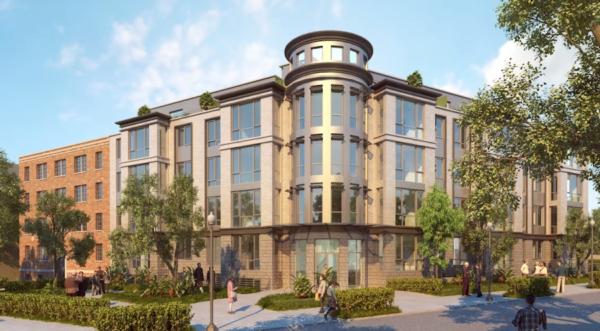 * 816 POTOMAC: Developers of the empty lot on the northwest corner of 9th and Potomac, SE have gotten an initial green light from the Historic Preservation Review Board for a four-story residential building with below-grade parking. This project will also incorporate an existing historic building at 819 L (sort of visible here), which will remain separate from the new building. Here is a video showing what the project would look like, and a screengrab from it of the proposed building is at right. No word on timing, and this does not include the existing old apartment building next door at 812 Potomac.
* 99 M TENANT: The under-construction office building at the corner of 1st and M has signed its first tenant, with Pyxera Global taking 17,000 square feet on the fourth floor. As I mentioned a few posts ago, Skanska said recently that some tenant announcements would be in the offing, and this would appear to be one of them. (Bisnow)
* POP-UP BBQ: If you've noticed the picnic tables on the northwest corner of 1st and N, where the F1rst sales trailer was, it's the home of a Rocklands Barbeque and Grilling Company pop-up offering on Nats game days, from now through the end of the season (and post-season). Service off of the "full food truck menu." including beer and wine, will start 90 minutes before gametime, through the first 30 minutes after first patch.
* MORE PROGRESS: On my way to and from the ballpark this weekend, I took a few smudgy cellphone photos of progress, showing the new DC Water HQ, District Winery, and (water-filled) holes in the ground at Parc Riverside II and West Half (forgot to go across the street to Lynch Half), and evidence of previously tidbitted items about the warehouse at 49 L Street and the A1 Garage site. Maybe I'll get out with the real camera this weekend for a full update, weather and energies permitting. 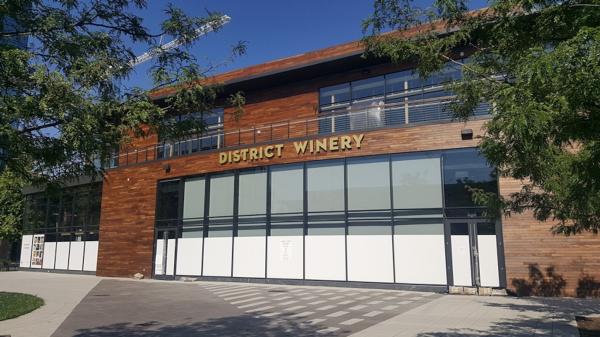 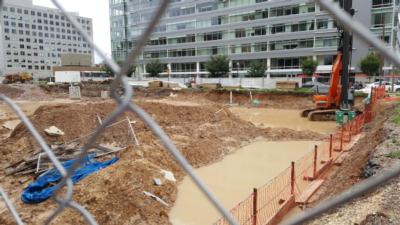 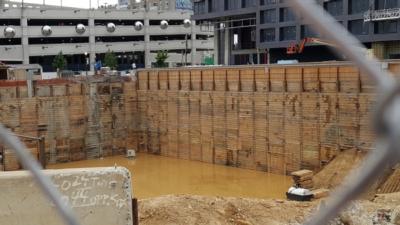 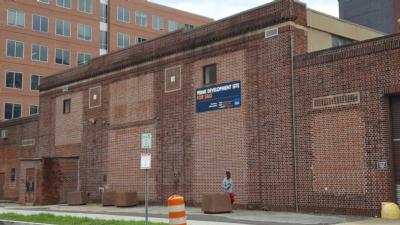 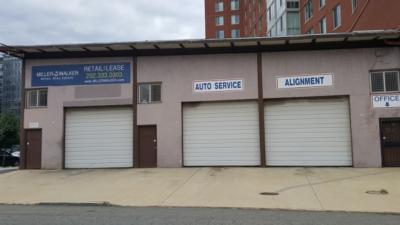 One that I didn't take was the view southward from M Street between 1st and New Jersey--I have to admit I was not expecting the DC Water HQ to be so visible from the north.