3 Blog Posts
Jun 29, 2014 7:44 PM
Catching Up, Illustrated Version III: Around and About
First off, you may have noticed that Saturday was a lovely day. The neighborhood's waterfront was most definitely in use: 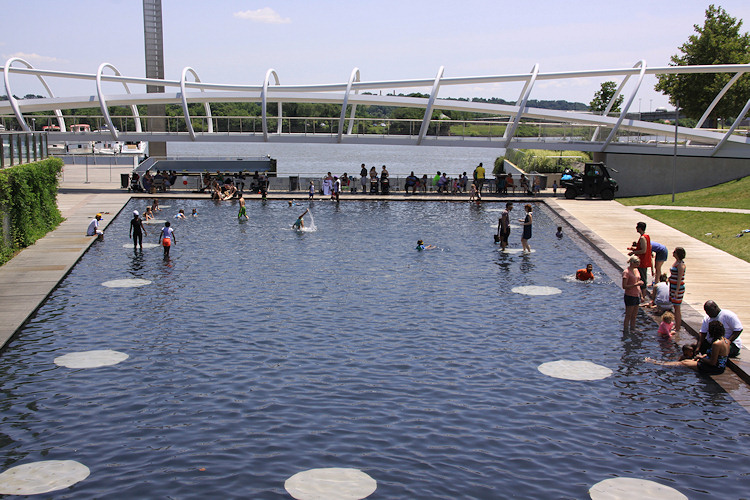 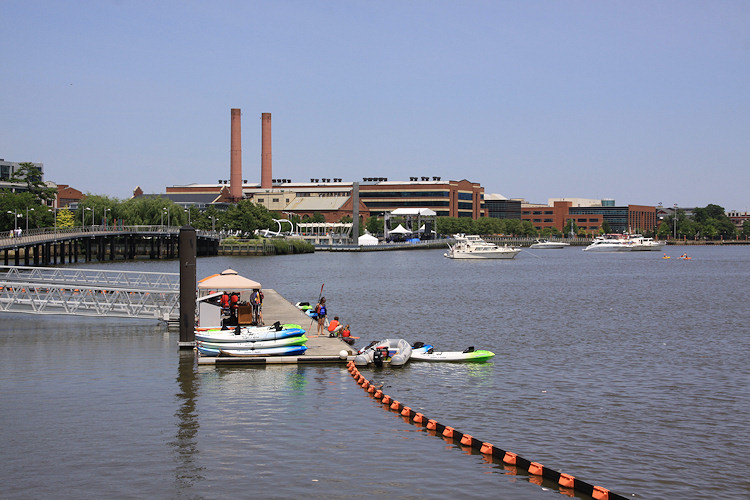 Not far away, at the Yards' Parcel N, concrete has appeared in the large hole in the ground (left), meaning that the digging down is almost over, and the rising up should start before too long (its tower crane permit application was approved not too long ago). And in a totally different illustration of progress (right), the sales-trailer-to-be for the River Parc apartment project appears to now be in its proper place. 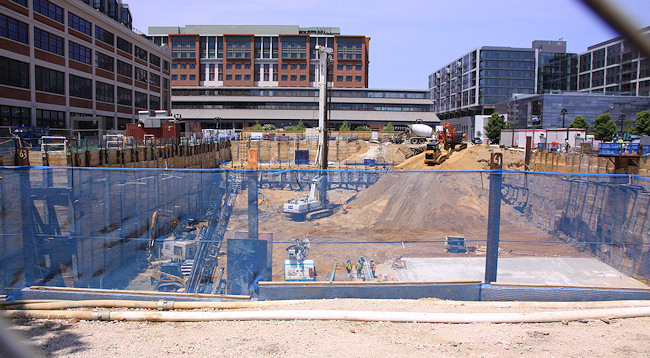 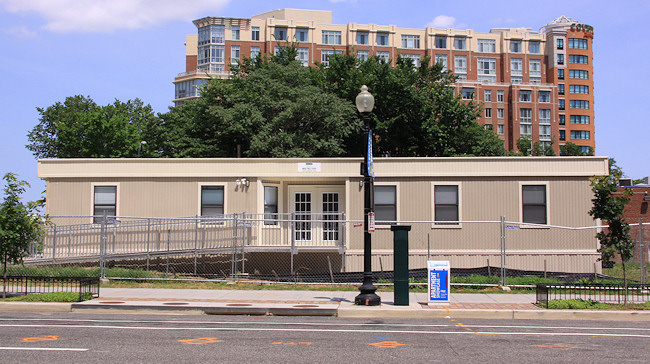 (I wanted to get a photograph of the outdoor patio signage at the soon-to-arrive Ice Cream Jubilee at the Lumber Shed, but the hordes standing in line on Saturday to get into the Jazz Fest completely blocked the view.) 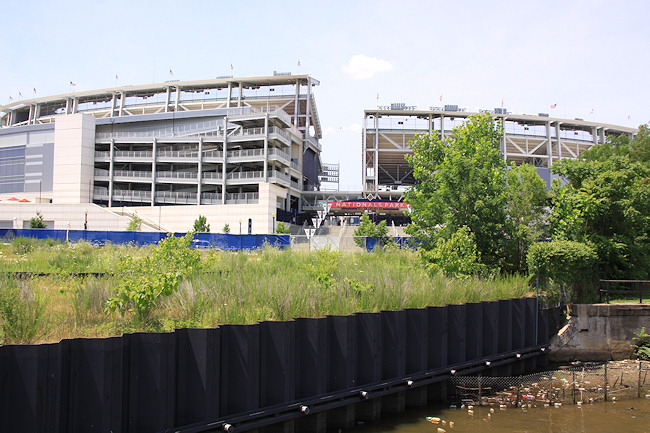 I recorded the current state of the Florida Rock site across from the ballpark {insert Logan's Run reference here}, because the developers have now filed applications for both sheeting and building permits for the site's first-phase apartment building. This doesn't necessarily mean the project is close to getting started, but it deprives me of my snarky "they haven't even applied for their permits yet" response whenever someone mentions that it might get underway soon. 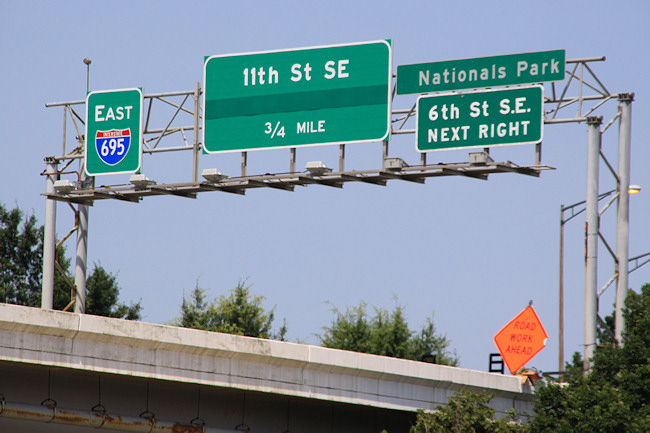 Finally, I present to you official evidence of the new 11th Street SE exit from the freeway, which I'm doing mainly as a mea culpa for not having gotten over there to photograph the ramp and environs, and to hopefully shame myself into action.
I also deserve additional shaming, or at least parallel shaming, for not yet documenting that the Southeast Freeway signage I have griped about for years has been fixed.
Jun 29, 2014 6:04 PM
Catching Up, Illustrated Version II: Tear Downs
Part of my laziness over the past two weeks was being sure that Fort Spooky had probably completely disappeared while I was out of town, and I was hating having missed some final demolition shots. But whaddya know! Some of it is still hanging on: 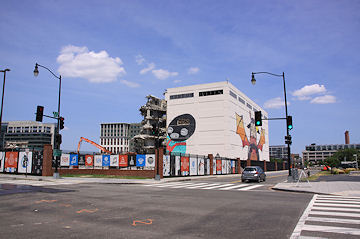 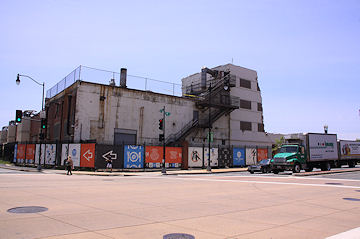 My Building 213 Expanded Photo Archive gives you the before-and-afters from more than 50 angles, which still probably isn't every spot in the neighborhood that has/had the building in its vista.
And, late in the week another long-sought demolition wrapped up, as seen in this terribly exciting before-and-after: 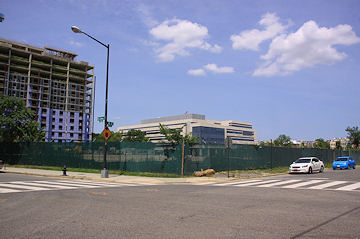 Jun 29, 2014 10:39 AM
Catching Up, Illustrated Version I: Sweetgreen
I was out of town for a bit (Detroit!), but it was mainly laziness (abetted by a lack of major news) that's kept me silent for nearly two weeks. When the lovely weekend arrived, though, I took a survey of the latest. I'll break it up into a few posts.
As scheduled, Sweetgreen opened at Twelve12 a little over a week ago. Here's the outside looking in, and the inside looking out: 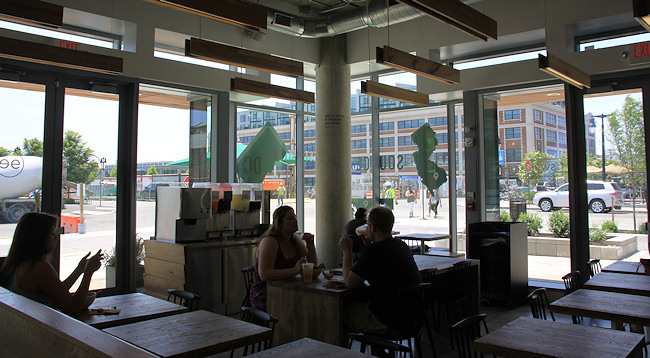 As for Twelve12 itself, work is still on-going at the Vida empire, the Teeter, and the upper levels of the residential, but the streetscapes are finished, and the northeast corner of 4th and Tingey now looks well filled in: 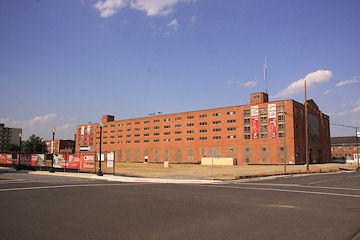 (Judging by the ads, it appears that the opening date for the Penthouse Pool club has been pushed back to August.)