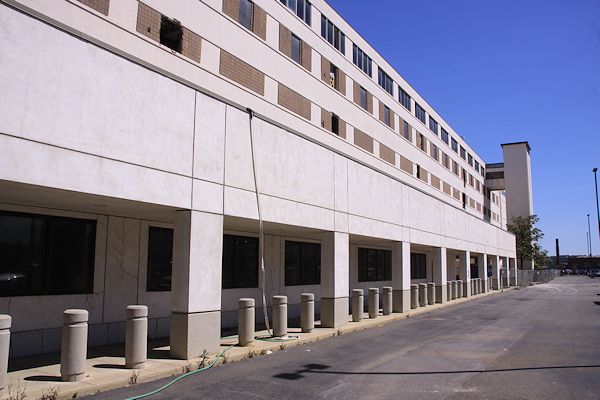 There's a bit of news on one of my favorite buildings to rag on over the years, the all-but-windowless formerly armed encampment at 1st and M that housed the National Geospatial Intelligence Agency and other spook-ish groups over the years before it was vacated in 2011.
You may have seen the holes punched into the side of the building recently, but if you're fearing that any work is a precursor to the brown-and-white structure being salvaged and redeveloped, don't worry your pretty little heads. 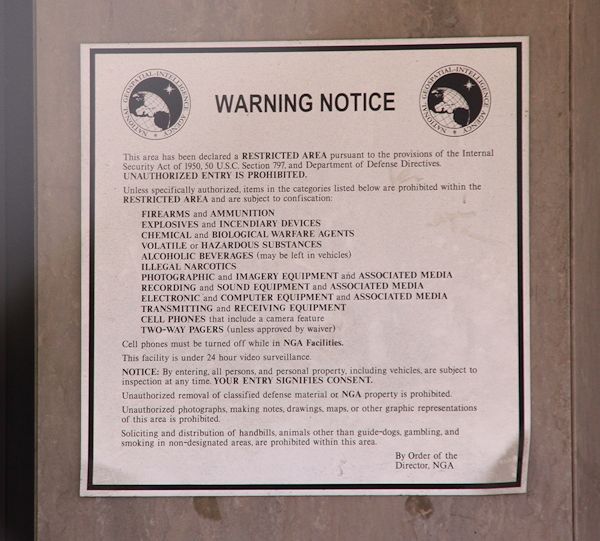 Yards developer Forest City has passed along word that after the current environmental remediation is finished late this summer, the former Building 213 will then be going off to meet its maker. It will cease to be. Bereft of life, it will rest in peace. (Sorry, I'm a bit punchy tonight.)
Demolition, once started, is expected to take about six months.
As the northwestern edge of the Yards, this prime corner spot just northeast of Nats Park will eventually see new construction, most likely an office building.
But that's a good ways off--in the meantime there will continue to be parking on the site, and Forest City is also looking at maybe putting in some grassy areas both as open space and possible special events uses, though their plans aren't firm as yet.
And it also will be a bit different to be able to see well into the Yards when standing at 1st and M instead of looking at the remnants of a cloak and dagger operation.

(And, for the record, I'm allowed to be snarky about this place. Back in 2005 the guards there called DC cops to chase me down on 1st Street when I was taking photos in the opposite direction of the building, never having once taken any shots of 213 itself. And I did get tired over the years of seeing them reach for their guns as I walked by their fence with camera in hand.)