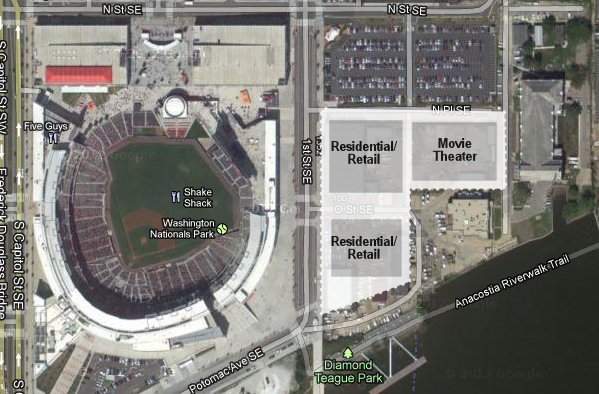 As part of a first vote today on the city's FY14 budget, the DC Council restored funds for the planned relocation of some of DC Water's functions currently at 1st and O SE, monies that had been moved to Ward 4 projects by the council's Economic Development Committee chair Muriel Bowser (who happens to represent Ward 4, and who happens to be running for mayor).
The relocation, once completed, makes way for an expansion of the Yards footprint and the potential addition of residential and retail offerings, including a planned movie theater.
Originally $8 million was earmarked for the DC Water relocation--according to the Post's Tim Craig on Tuesday, $5 million of that money was to be restored. (I am working to confirm exactly what the final number is, and will update.) UPDATE: The restored funding is $6 million, according to Charles Allen.
(Note that DC Water will not be removed completely from this area--the Main Pumping Station will continue to operate in its lovely historic building. It appears to be mainly "fleet management"/parking operations that will relocate.) 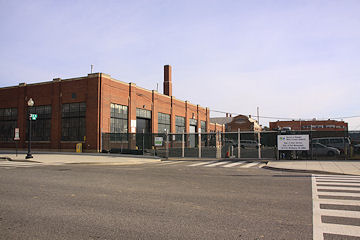 In a press release on the restoration, Tommy Wells (also running for mayor) is quoted thusly: "This is great news for the riverfront. I’m very glad we were able to restore these funds to keep this important project on schedule. Working with my colleagues, these funds will be used to create a project that develops new jobs and residences, and importantly, will serve as a critical link in the revitalization of the riverfront neighborhood."
Additionally, the press release quotes Forest City Washington president Deborah Ratner Salzberg: "Today’s action by Council allows us to continue to work with DC Water to keep this project on schedule for the neighborhood and the city. This mixed-use component of The Yards is an important link for the overall project and its riverfront neighborhood – bringing jobs, residents and desired new amenities. We appreciate the work of Chairman Mendelson working with Councilmembers Wells, Grosso and Barry and the unanimous support of their Council colleagues to restore the funding and ensure the project moves forward on schedule."